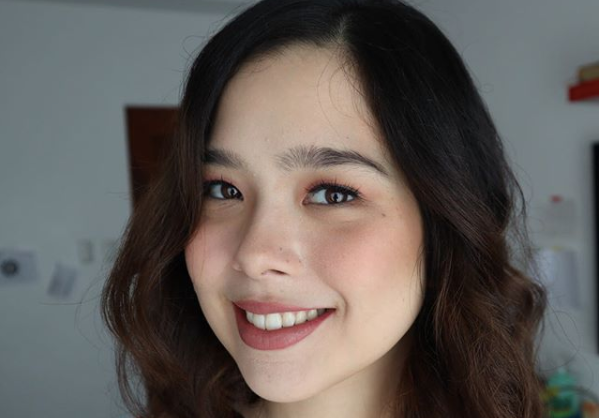 Saab Magalona went sarcastic and took a leaf out of Senate President Vicente “Tito” Sotto III’s book when it came to critics of the casting of “The Little Mermaid” live-action remake.

Halle Bailey, half of the sister duo Chloe X Halle, was cast as Ariel in the upcoming adaptation, a decision that some expressed disapproval of due to Bailey being black. The film will be directed by Rob Marshall, who helmed the movie musicals “Chicago”, “Into The Woods” and “Mary Poppins Returns”. Jacob Tremblay and Awkwafina will co-star.

“My answer to people getting mad at ‘The Little Mermaid’ casting: ‘It’s very difficult to say that there is an exclusivity if it is underwater.’ Jkkk,” said Magalona.

My answer to people getting mad at The Little Mermaid casting: “It’s very difficult to say that there is an exclusivity if it is underwater.” Jkkk

Sotto made the remark last June after President Rodrigo Duterte said it was OK to allow Chinese fishermen to fish in Philippine waters. Sotto said it is contestable to invoke exclusivity in marine resource use in the West Philippine Sea since “the fish could be coming from China and the fish from the Philippines could be going to China…” His “tongue-in-cheek” remark has since been the object of memes all over the internet.

In another tweet, Magalona expressed her disbelief that people are getting worked up over a black girl playing “The Little Mermaid”.

“‘It’s like casting a white girl to play Mulan!’ B*tch, Mulan is Chinese and the movie is set in China,” she said on July 5. “Mahirap i-prove ang nationality ng fish okay.” (It’s hard to prove the nationality of fish okay).

Can’t believe people are getting mad abt a black girl playing The Little Mermaid. “It’s like casting a white girl to play Mulan!” Bitch, Mulan is Chinese and the movie is set in China. Ariel is half-fish and it’s set under the sea. Mahirap i-prove ang nationality ng fish okay

She also clarified to netizens that she used “nationality” instead of race in her joke to hark back to Sotto’s past statement.

“A callback to a certain senator talking [about] whether fish are Filipino or Chinese,” she said. “Gotta have a sense of humor and be caught up w current events to get it I guess.”

I used ‘nationality’ because it was a joke. A callback to a certain senator talking abt whether fish are Filipino or Chinese. Gotta have a sense of humor and be caught up w current events to get it I guess 😅

Meanwhile, Disney’s Freeform TV channel released an open letter to the critics of Bailey via their Instagram page on July 7.

In the letter, Freeform, for the sake of argument, explained that Ariel can be black if she were a Danish mermaid.

“Yes. The original author of ‘The Little Mermaid’ was Danish. Ariel… is a mermaid… But for the sake of argument, let’s say that Ariel, too, is Danish,” said Freeform.

“Danish mermaids can be black because Danish *people* can be black… Black Danish people, and thus mer-folk, can also *genetically* (!!!) have red hair. But spoiler alert — bring it back to the top — the character of Ariel is a work of fiction…” JB