Millie Bobby Brown: Nothing ‘Strange’ about her charm 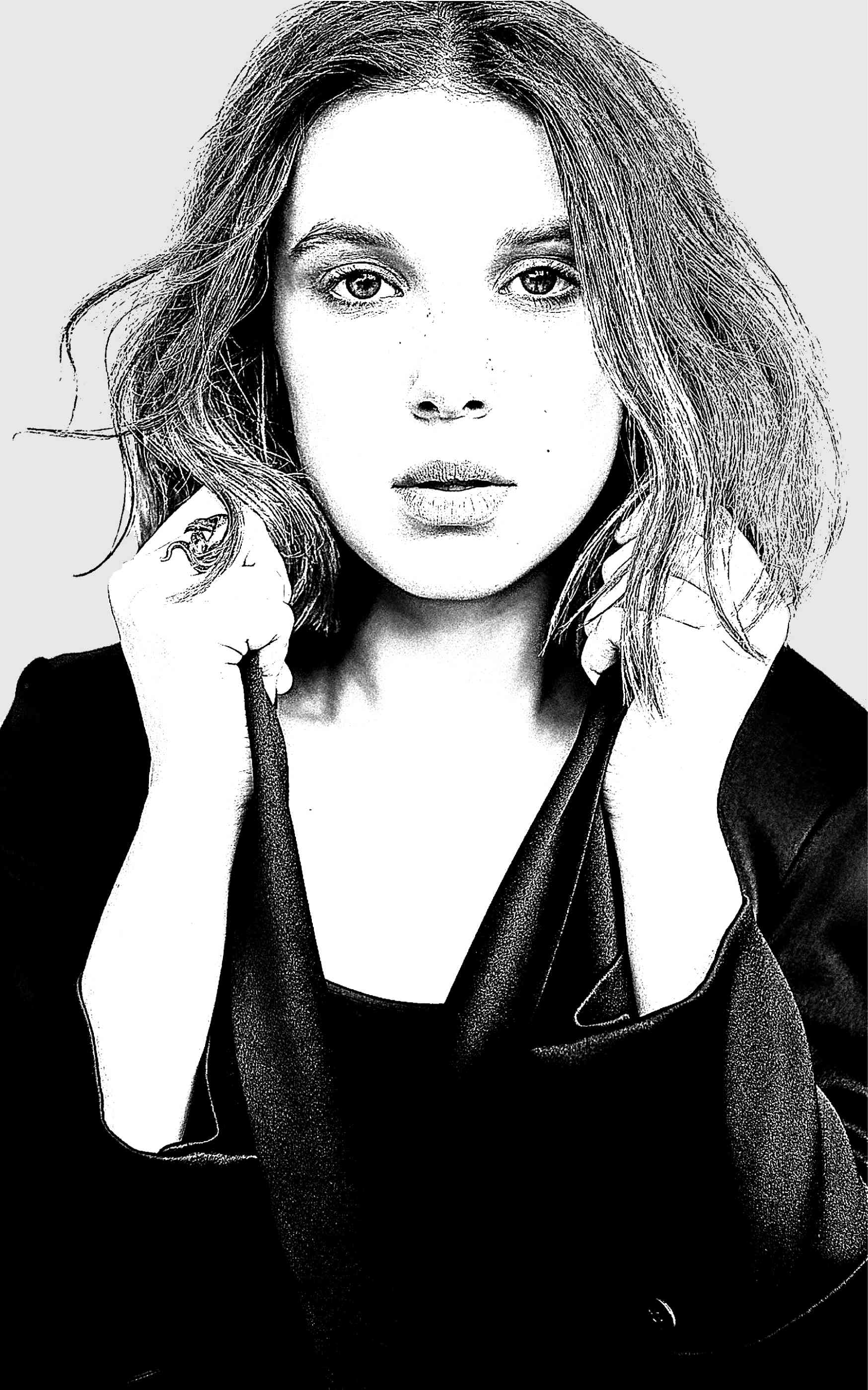 Millie Bobby Brown is only 15 years old, but she answers questions as if she’s lived through the ’80s—an era famous for eclectic fashion that’s partial to shoulder pads and power suits, fun and frothy music, and politics that deftly demonstrated how a woman, like Margaret Thatcher of the United Kingdom, could sometimes be ballsier than the larger-than-life likes of her counterparts in the United States (Ronald Reagan) and the USSR (Mikhail Gorbachev).

Wise beyond her years, the lovely teenager is the force that consolidates the many fascinating things, strange or otherwise, about the returning series. After all, which other celebrity teen can talk about issues with as much eloquence as disarming innocence, as our recent chat in Tokyo with the young actress demonstrated.

MBB, as her fans affectionately call her, doesn’t mind talking about love of the romantic sort (“Love is whatever you want it to be”), friendship (“I keep my friends in the show close by—their presence is very reassuring”), onscreen kissing (“It was awkward because, like real life, you don’t really know what to do. At the end of the day, it’s just work”), paying it forward (“I realize I can use this platform to spread an amazing message. I like empowering the youth”), and dealing with increasing popularity (“Fame isn’t something I live by. I have one job—and that’s to act”).

The new sinister presence in Netflix’s cult favorite “Stranger Things,” which began streaming its third season last Thursday, keeps viewers on the edge of their seats. But it’s just as fascinating to meet the actress face-to-face, armed with a friendly smile and a soothing presence.

If many adult stars are as guarded as heck with their answers, Millie peppers hers with candor and charm—even with fly-on-the-wall remarks about makeup and styling changes.

“For Season 3, the colors are more vibrant,” she disclosed when asked about the styling changes and decisions for her telepathic and telekinetic character. “And, this time around, El will be showing a little leg (laughs).

“Yes, I have a say on what to wear in the show—all the kids do, actually. That’s the thing about the Duffer brothers (the show’s creators), they allow us to explore things that would make our characters work.”

Even with details about her hairstyle. “OK, this is first-hand—I’ve never told anyone this,” she said with a mischievous grin and a conspiratorial tone. “One day, we were onset prepping to see what my hair would look like for Season 3. Sarah Hindsgaul, the woman who’s done my hair for the past four years on ‘Stranger Things,’ was telling me, ‘We’re going to have it cut—and it’s going to be this short.’ And it’ll just be my natural brown hair color.

“But then, Sarah was like, ‘If we didn’t tell the Duffer brothers, we could just dye it blonde a little bit…?’ And I was like, ‘We’re not gonna tell them, at all; we’ll just keep it secret and hope for the best! We’ll make an excuse that I’ve just been a little bit under the sun. And they didn’t notice for four months!

“But we had to tell them eventually. One day, they came into the hair room, where I was just getting it re-dyed. They were like, ‘What are you doing?!’ I said, ‘I’m just dying my hair.’ And they said, ‘You’re not dying your hair for the show!’ So, I came clean, ‘Well, we’ve been dying it for the past four months—and you had no idea (laughs).”

She also knows how to tell a good story—like her trip to Indonesia two years ago. “We were there on vacation,” she recalled. “But we had to drive across the country for about 20 hours, from Bali on our way to Jakarta. We went to Nusa Dua and got trapped there because of a volcano [acting up]. So, we drove to Surabaya, then to Jakarta. That was an unforgettable road trip.”

Millie may be young, but she knows there’s a certain responsibility that comes with being popular. She knows only too well the influence she wields on her young fans, especially after she was declared Unicef’s youngest-ever Goodwill Ambassador during World Children’s Day last year.

As she explained to us, she is using her global platform “to help raise awareness for children’s rights and issues affecting the youth, such as lack of education, safe places to play, and the impact of violence, bullying and poverty.” Pretty serious stuff for someone so young.

Millie knows a thing or two about handling success in a positive way. She isn’t in it for fame and fortune, she stressed—and she even turned the table on us as a way to explain her answer.

“As a journalist, your job is to write. Mine is to act, which is my most favorite thing in the world. It’s not to be famous,” she quipped. “With Unicef, I’m just glad to have been given this platform that allows me to more than just act. I want to help children fulfill their dreams and get what they deserve.”

Early birds who couldn’t wait to binge the show know only too well how rodents make up some of Season 3’s “strange” creatures, but as far as her human costars are concerned, Millie says she’s invested in Will Byers’ (Noah Schnapp) tale more than the other characters because “his story is the coolest, for sure. He’s my favorite. You think so, too, right?”

If you say so, Millie.