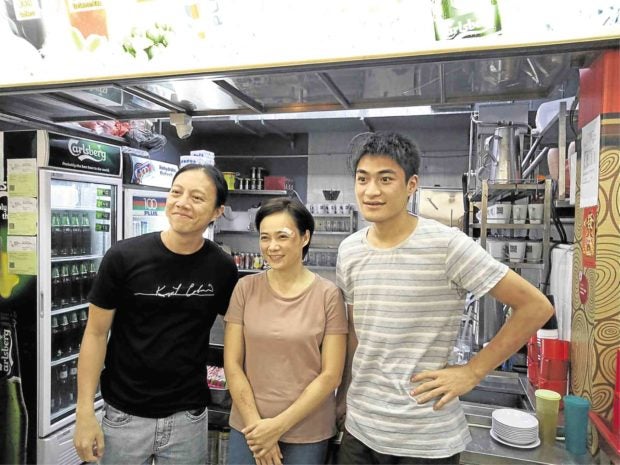 SINGAPORE—HBO’s answer to “Crazy Rich Asians” is a six-episode drama series set in Singapore that shows things as they really are.

“What we’re trying to showcase here is the nonglamorous side of Singapore, not the one you’ve seen in the movie ‘Crazy Rich Asians,’” Singaporean director Ler Jiyuan told the press during a recent conference here.

Jiyuan, who wrote and directed the new HBO Asia Original series “Invisible Stories,” said that the inspiration for the show was his personal experience.

“Around 80 percent of Singaporeans live in flats. I used to live there, too,” Jiyuan said. “My father was a taxi driver, and my mother was a factory worker.”

By “flats,” he meant government-subsidized Housing and Development Board homes, where marginalized communities in Singapore reside.

Growing up in one of those flats had allowed Jiyuan to closely observe the lives of the city-state’s ordinary people, whom he calls the “invisible people.”

He said there were hundreds of unnamed, “invisible” heroes who struggle every day to cope with loneliness, financial difficulties and the psychological burdens of everyday life.

“The people from my neighborhood became my inspiration for creating this series,” Jiyuan pointed out. “The show references the universe where I came from.”

The drama series, which consists of six 30-minute episodes, is currently being shot on location in Singapore. It creates a fictional neighborhood estate in this multicultural city-state.

Jessica Kam, HBO Asia’s senior vice president, expressed confidence about the “social realism” being tackled in the series. She said international audiences would love to see this little-seen side of Singapore. 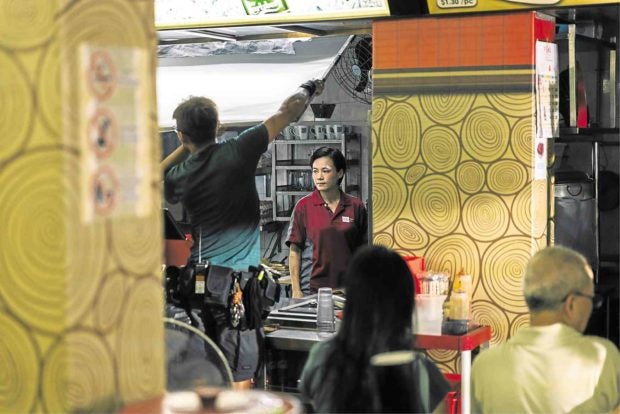 To help introduce the show to the rest of Asia, journalists from the Philippines, Indonesia, Malaysia, Hong Kong, Taiwan and Singapore were recently invited to watch the filming of the pilot show.

The episode is a stark depiction of a single mother’s struggle as she raises a teenage son who has autism.

“These kids have no voice,” Jiyuan said. “Taking care of them is emotionally and financially draining, especially for those who belong to the poorer sector of society.”

But his interest in it wasn’t just born out of curiosity. Jiyuan admitted how personal this story was for him. “I have always been interested in autism because I have two cousins with autism.”

It took Jiyuan, who’s known for TV dramas such as “Gone Case” and “The Love Machine,” one year to finish the script. He warned that his stories are painful and heart-wrenching. “I prefer drama. I like sad, depressing stuff,” he told Inquirer Entertainment.

He handpicked award-winning Singaporean actress Yeo Yann Yann for the role of the mother in this particular episode. “I’m a huge fan of Yann. I wrote the role for her,” he said. “When I was writing the script, hers was the face I envisioned for the mother in my story.”

Taiwanese actor Devin Pan was cast as the son with autism. Enthused Jiyuan: “It’s a very tough role to pull off, that’s why I was relieved when I saw Devin’s audition tape. He was a good choice. His acting is very natural.”

Yann Yann revealed that the breakdown scene between mother and son is something to look forward to. She described it as “full of emotions and a really heavy moment.”

Pan said he found this scene to be the most difficult part of the story, so far.

The six-episode drama, which showcases the diverse ethnic and cultural backgrounds of people living in the city-state, has a regional cast that includes actors from Bangladesh, Indonesia, Malaysia, Taiwan, Thailand and Singapore.

“Invisible Stories” is set to be released later this year.

Read Next
Don’t call her ‘Tita,’ unless . . .
EDITORS' PICK
‘Justice will be done,’ Duterte assures as he vowed probe on Jolo incident to bare ‘truth’
Water remains our saving grace right now
DOLE: Return of OFWs’ remains from Saudi to be ‘delayed,’ deadline moved to ‘early next week’
Smart releases Hyun Bin’s second TVC
Current dominant strain of COVID-19 more infectious than original—study
EuroMillions Superdraw: A lottery draw unlike any other is coming to the Philippines
MOST READ
Duterte tells military: No other president looked at you the way I did
BREAKING: Duterte signs anti-terror bill into law
Locsin warns of ‘severest response’ if China’s army drills in SCS ‘spill over’ to PH domain
Groom dies as over 100 wedding guests test positive for coronavirus
Don't miss out on the latest news and information.