Bamboo, Sarah Geronimo, Lea Salonga back as mentors in ‘The Voice Kids’ 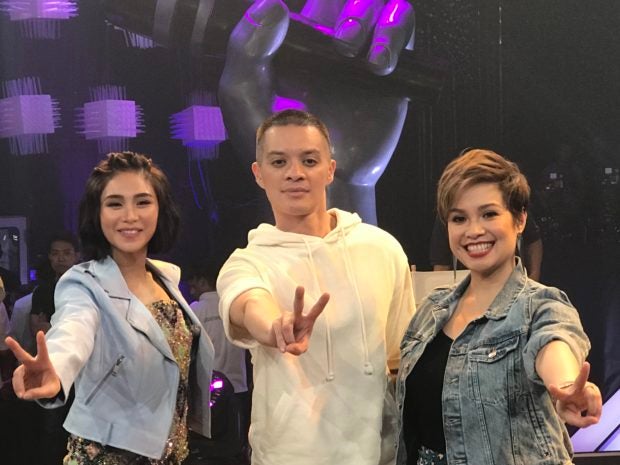 (From left) Sarah Geronimo, Bamboo and Lea Salonga at the set of “The Voice Kids.” PHOTO by Krissy Aguilar/INQUIRER.net

MANILA, Philippines — “The Voice Kids” is returning for its fourth season with singers Bamboo, Sarah Geronimo, and Lea Salonga as coaches.

The show took time off for two years, but it will finally be back, and this time, it promises to be “different.”

“Two years na kami nawawala so after the three seasons dati, it’s gonna be different,” Bamboo said Wednesday in an ambush interview at the show’s set.

Asked why it took a while before “The Voice Kids” returned, Bamboo said, “I think our lives have to go on. I went back to touring, writing, all the good stuff for me. But it’s good to be back.”

Geronimo likewise confirmed that she’s back on the show in a previous interview with ABS-CBN: “Abangan niyo po, magkakaroon ng another season ang ‘The Voice Kids’ this year.”

All coaches had one win each in the competition. Geronimo won the first season with Lyca Gairanod, Bamboo won the second season with Elha Nympha, and Salonga won the third season with Joshua Oliveros.

Other stars from “The Voice Kids” include Darren Espanto, Juan Karlos Labajo, Kyle Echarri, among others.

ABS-CBN has yet to announce when The Voice Kids Season 4 will premiere on television. (Editor: Eden Estopace)