Kit and Kim on ‘momol’ and the intricacies of meet-ups, hookups | Inquirer Entertainment

Kit and Kim on ‘momol’ and the intricacies of meet-ups, hookups 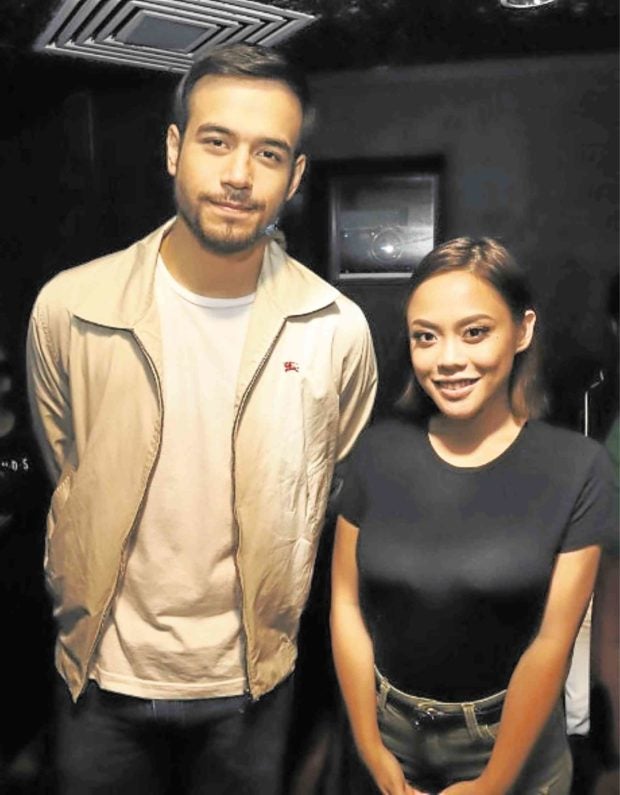 Actress Kim Molina not only made a buzz on social media for pairing up with hunky actor Kit Thompson in steamy bed scenes in the trailer of the latest iWant movie, “Momol Nights.” This also prompted her Saudi-based dad to send her a lengthy message, in all caps.

In the end, Kim said, she managed to calm down her dad, who later replied: “I just want to say I think you were good, and I love you.”

The 28-year-old actress added: “My dad still couldn’t accept it, but he promised to watch it. He said he’ll just close his eyes during the bed scenes.

Since its release, Kim has been showing the trailer to her costars in the drama series “Kadenang Ginto,” particularly to Dimples Romana, Eric Fructuoso and Joko Diaz. She has also posted videos of their shocked reactions in her Instagram account, along with the reaction of her mom Inla.

The latter drew funny comments when, at the end of her video, she looked for her broom and jokingly threatened to hit Kim with it.

“Momol Nights” orients viewers on modern-day dating and its all-too-common stories of disappointments and complicated rules. Straight from a breakup and not ready for a commitment, Peng (Kim) starts to ‘momol’ (“make out, make out lang”) around after getting encouragement from friends, who are also into meet-ups and hookups.

One night, she meets Marco (Kit), who turns her regular momol nights into extended one-night stands. It was all casual and lighthearted—until one of them breaks the cardinal rule of momol: Don’t get emotionally involved.

Kim recalled how awkward it felt when the director said she and Kit would be doing their first bed scene on their first shooting day. “Direk wanted to capture that awkwardness since it’s also the first one for both Peng and Marco,” she explained.

“They were awkward but, at the same time, may gigil. They still didn’t know what to do,” Kit added.

Kim said she was in tears after doing their bed scene, so she called up her boyfriend, comedian Jerald Napoles.

“Instead of getting worried, he laughed at me,” she recalled. “I told him I felt like I cheated on him because another guy touched my body. He merely said, ‘That’s just work.’ He understands. He didn’t feel jealous at all.”

Kim added: “The bed scenes in my other films, including the one I’m doing right now, are not as intense as those you will see here. Kit and I were all-out. Kit  was a gentleman. He made me feel comfortable. When this was pitched to me, they said,  ‘You’re in good hands. And it’s a good material for you.’ They were right.”

Benedict told the Inquirer that network bosses gave him three names to choose from, for the character of Peng.

“We were looking for someone who could be sensual but, at the same time, loving, charming and funny. Of the three, Kim stood out. She represents the Every Girl. I also knew that I’d have an easy shoot with Kim.”

As for Kit, the director showed the latter’s photo to some of his female friends and asked them: “‘Does he make you drool?” They all said, ‘Puwede,’” he recalled.

Benedict then described Marco to Kit as “the cool and quiet type … Marco has a sad backstory. On the outside, he is quiet, kind and nice, especially to girls. But inside, he’s broken.”

As to whether they would recommend the practice of momol to a female friend, Kim said: “It depends on her age. If she’s 28, like me, I’d say, ‘Go out and have some fun with someone, but be responsible.’”

Meanwhile, Kit said: “If my friend is like Peng, then yes. If she thinks this will make her happy, she should at least try. You’ll never know whether or not it works for you if you don’t try.”