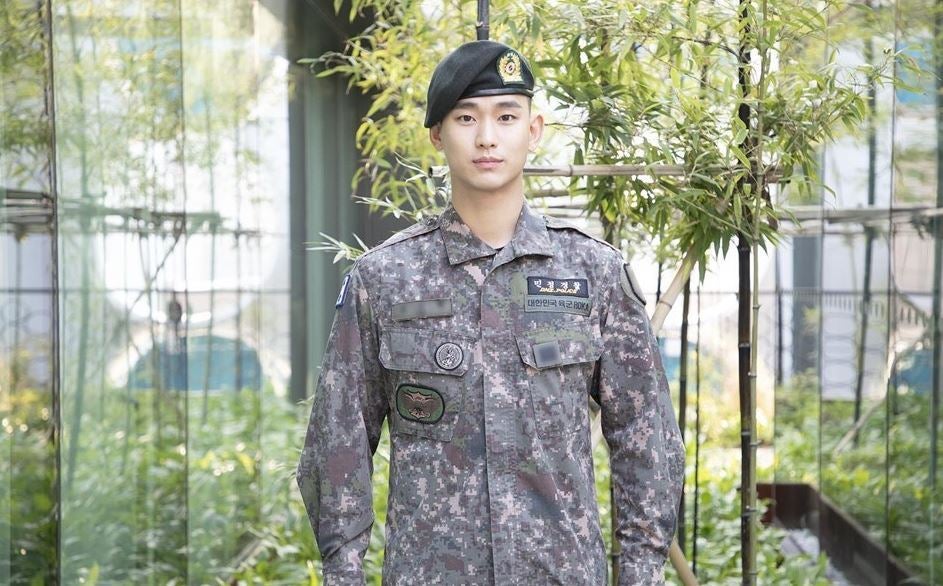 South Korean star actor Kim Soo-hyun was discharged from the military on Monday, bracing himself for a return to show business.

Meeting with media and fans in front of the Imjingak Peace Bell in Paju, north of Seoul, he thanked his fans for welcoming him. A number of fans from Japan and China, as well as South Korea, came to celebrate his discharge early in the morning.

“I’d been worried a lot over how to spend my days in the military since I joined it at a relatively later age than others, but I think I completed it well,” he said. “I don’t actually feel that I’m done right now, but I feel relieved.”

The 31-year-old star had served in a reconnaissance battalion since October 2017.

He said he will come back with a new movie or drama next year.

“I had a lot of worries and thoughts about many things, but right now, I really want to act,” he said when asked about his future plans. “Nothing has been decided yet for the coming six months. But I think I can greet you with new projects next year.”