Jinky and Luke keep up with ‘tougher’ times 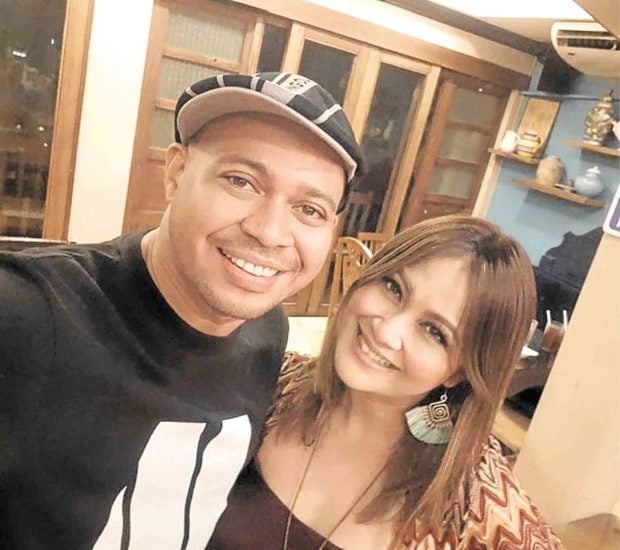 Singers Jinky Vidal and Luke Mejares will always be thankful to their respective former groups, Freestyle and South Border, which they described as the “birthplaces of our voices.”

But going solo, they said, was just as instrumental in their growth as artists. “Of course, you get more freedom to work and collaborate with other artists—especially the younger ones who have different tastes and musical backgrounds,” Jinky told the Inquirer in an interview for “Soundtrip Sessions Vol. 1,” an upcoming concert she will headline with Luke.

And while her core as a singer has remained pretty much the same—soulful, sexy pop ballads—Jinky is lot more open these days to experimenting with new styles.

“Music constantly evolves, so you have to keep up. Young singers these days have new approaches to singing, and I also try to draw inspiration from them,” pointed out Jinky, who has a new song,  “Do My Thing,” which spruces up her sound with modern beats and clever wordplay.

“I have the same musical influences and interests. But you can push yourself more,” added Jinky, who was part of Freestyle from 1996 to 2012. “You can be more flexible and try out new things.”

Luke, on the other hand, started to explore other vocal placements when he left South Border in 2002.

“During my time with the band, my singing, I would say, was 80 percent falsetto. But when I became a solo artist, I decided to use more of my regular or chest voice,” he pointed out. “I also dabbled in house music back in 2012!”

Like Jinky, Luke has more or less retained his pop-R&B leaning. The biggest difference now, he’d like to believe, is that his delivery has become more mature or “meatier.”

“As we grow older, we gain more experiences—more joys and pains,” he said. “And that helps as an artist.”

The challenge these days, Luke added, is that social medial has made it tougher for artists like him to push their new songs.

“Back then, babad ang mga songs—they will be played in radio for months. Now, there are so many songs coming out every week. Everything is short-lived,” he observed. “One time, while in the car with my kids, I played some songs that I thought were new. But they told me that those were from six months ago. That’s old for them!”

For “Soundtrip,” which will be held at Music Museum on July 6 (call 891-9999), the singers will perform Freestyle and South Border’s well-loved hits, smooth 1990s jams, their solo material and a smattering of contemporary songs.

“Doing the set list was difficult because there are so many songs to choose from,” Luke said.

“We want to bring nostalgia and that longing for the kind of music people my age grew up with in the 1990s. This is for those who love live-band music,” Jinky added.

While the two have known each other since the ’90s and have done corporate gigs in the past, this is the first time they’re doing a show together. “We’re fans of each other’s music … I used to watch Freestyle, when they used to play in Cebu and Davao—before they got big in Manila,” Luke recalled. “I even have a CD signed by Jinky.”

“And we’re both Bisaya (Luke is from Bohol; Jinky, from Davao), so we also share that connection … I’m excited because our voices would mesh well—sexy!” Jinky added, laughing.

Read Next
The spirited afterlife satire of ‘Miracle Workers’
EDITORS' PICK
Palace: Malls, establishments may require customers to use of face shields
Syringes for Pfizer vaccine arriving on December 2 — NVOC chairperson
Smart offers wireless fiber-like speeds to Filipino homes with country’s first 5G Prepaid Home WiFi
Legarda: Ending Violence Against Women, a cause for all
This new condo in the South will make you want to turn a new leaf
Disease expert: Omicron variant may behave like Delta
MOST READ
Bongbong Marcos to face another disqualification case
Christine Bersola, Julius Babao cleared of cancer after colonoscopy, endoscopy
Former PM Abe says Japan, US could not stand by if China attacked Taiwan
Tropical storm intensifies as it approaches PAR
Don't miss out on the latest news and information.