Cheloy Dans–one surprise after another 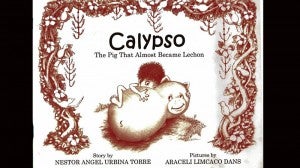 (Editor’s note: Last month, I wrote this nostalgic recollection for the program of the Ateneo Library of Women’s Writings, which recently gave a tribute to the acclaimed visual artist and art educator, Araceli Limcaco Dans.)

MY longtime friends are the treasures of my life—especially the friends whom I’ve known and loved for—not 20, not 30, but 40 years of my life. On that exclusive list, I’m proud to say, is our honoree today, Cheloy Dans.

Flashback 40 years ago: I was the new production manager at the Ateneo Educational Television Center and my boss, Fr. Leo Larkin, S.J., tapped me to direct several educational programs, one of which was a Visual Arts subject to be taught by the head of the Ateneo Grade School’s art department, Araceli Limcaco Dans.

When I first met Cheloy, I was struck by her beauty, zest for life, openness to new experiences—and amazing time management skills! She had a full schedule at school, a husband and 10 children to care for at home, and was a busy painter, to boot. —And yet, she found time to not just teach our educational program, but also to create many of its visual support materials and sets! That’s one thing about Cheloy that I discovered early on—when she says yes to anything, she’s fully committed to it, mind, art and heart!

One time, I happened to suggest that maybe our program could use some puppets, the better to connect with our young viewers. The next thing I knew, our TV studio was full of all sorts of puppets, all made by Cheloy, who also learned how to manipulate some of them—while talking about the lesson for the day!

Another time, I asked for a little house a la Hansel and Gretel. The next thing I knew, an entire papier mache gingerbread cottage appeared, built over the weekend, as if by magic, by the construction team of Snow White and the Seven Dwarfs—(Cheloy was Snow White). 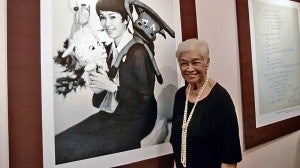 DANS, THEN AND NOW. More productive than ever.

Soon enough, Cheloy and I became really good friends. We even became godparents to the youngest child of Chito and Au Cobarrubias. We were also coactors in the Ateneo’s production of the musical, “Oliver,” where Cheloy surprised me, and many other people, with her beautiful soprano voice. —Was there anything that my overachieving friend couldn’t do?

Meanwhile, our art show was nominated as Best Educational Program by the prestigious Citizen Awards for Television, or CAT Awards. I forewarned Cheloy that the TV industry didn’t give much importance to ETV shows, so to create a visual stir, could she please dress up “extra special”? Cheloy did as instructed—and more.

It turned out that Pitoy Moreno was her batchmate at UP’s School of Fine Arts, so he whipped up an amazing Grecian-inspired gown for her that further enhanced her allure—and made some of the other female nominees that night look like mere members of her entourage. When our show did win an award that night, Cheloy, in her Pitoy Moreno creation, caused a sensation! (The next year, our follow-up Advanced Art series also won a CAT award.) 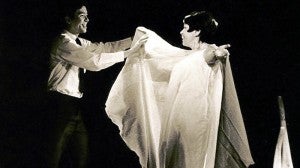 Many years later, Cheloy and I revived our talent-director relationship when I tapped her to play a key role in the original Filipino musical, “Ang Birhen ng Caysasay,” produced by Ramon Orlina at the CCP. Once again, Cheloy did more than she was required to and created some beautiful silvery fishes that helped make the key scene depicting the discovery of the Blessed Virgin Mary’s image by a fisherman look truly miraculous.

Most recently, I wrote many stories for children and planned to compile the best 10 of them in a book—so, for good luck and great artistic cachet, I asked Cheloy to do the illustration for the lead story. Again, very true to her nature, she liked the story so much that she came up with not one, but 16 illustrations!

They were so lovely that it became instantly clear that, before coming out with the compilation of 10 stories, we should first publish the first story as a separate book! Thus was born another new facet to my prismatic and most eventful friendship with Cheloy—we became copublishers of the story book for young readers, “Calypso—

The Pig That Almost Became Lechon.”

What’s up next? After 40 years as Cheloy’s friend, I’ve learned not to surmise, expect or predict—but, to just be open to and grateful for my longtime friend’s next, big, delightful surprise.

Dear Cheloy, bring it on!