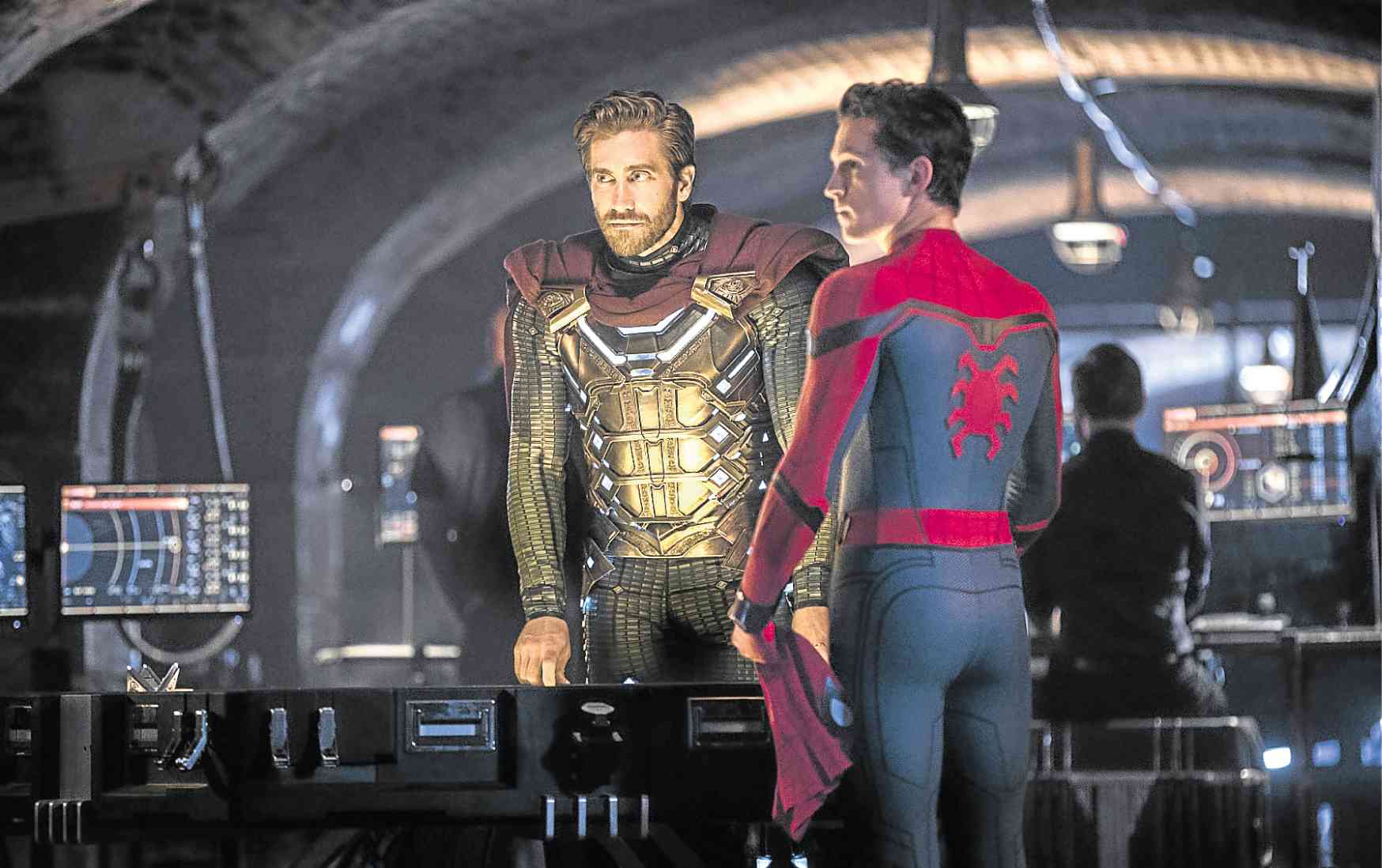 LOS ANGELES—The good news is that “Spider-Man: Far from Home” is an entertaining, satisfying installment in the franchise of the web-slinging, wall-crawling superhero.

But even happier news is that Fil-Am actor, Jacob Batalon, who was well-received as Ned in the previous “Spider-Man: Homecoming,” has more screen time in the new film and is just as engaging and refreshing.

Jake Gyllenhaal, watchable as ever, joins the series as Quentin Beck/Mysterio.

Excerpts from our interview with Tom, a London native, in Bali, Indonesia:

One of the surprise joys in the last movie was Spider-Man’s friendship with Ned, played by Jacob Batalon. What can we expect from Ned and your friendship in this new film?

Jacob falls in love in this movie, with Betty Brant (Angourie Rice) and he has a really fun, romantic relationship with her. Then, when Zendaya’s character MJ finds out about my secret identity, that I’m Spider-Man, he becomes jealous of her that he’s now not the only one who knows.

There’s this funny rivalry between the two of them, with him saying, “Well, I’ve known him longer, and I’m his guy in the chair. What are you?” It’s fun to see them go at it a little bit. But Jacob is fantastic and funny in the movie, as always.

You and Jacob had to go out to forge a friendship before making the last film. What about for this movie?

We were already great friends—and the entire cast. But that didn’t mean that every day after work, everyone would end up at my house. There’s a reality TV show in London called “Love Island.” It’s not great TV but it’s fun, and it’s on every night for an hour. By halfway through the show, every single cast member was at my house, either sitting on bean bags or the couch watching “Love Island.”

Jacob was always there. I often think, if I spent an hour of every day of my summer playing the guitar or learning a language, I would be so much more advanced as a human.

But no, I just watched a bunch of crazy people in a house falling in love. So it was maybe a waste of time. The show is actually about to start again, so I’ll be wasting more time watching TV.

This is your fifth movie as Spider-Man. How does it feel by this time?

It’s amazing to be doing this for the fifth time. It feels like yesterday when I got cast in this role, and here I am doing it again. Of all the films I’ve done in this universe, this is the one I’m most proud of. It was the hardest one to make. It’s the biggest risk we’ve ever taken with the character. So, I’m excited to see what audiences think. 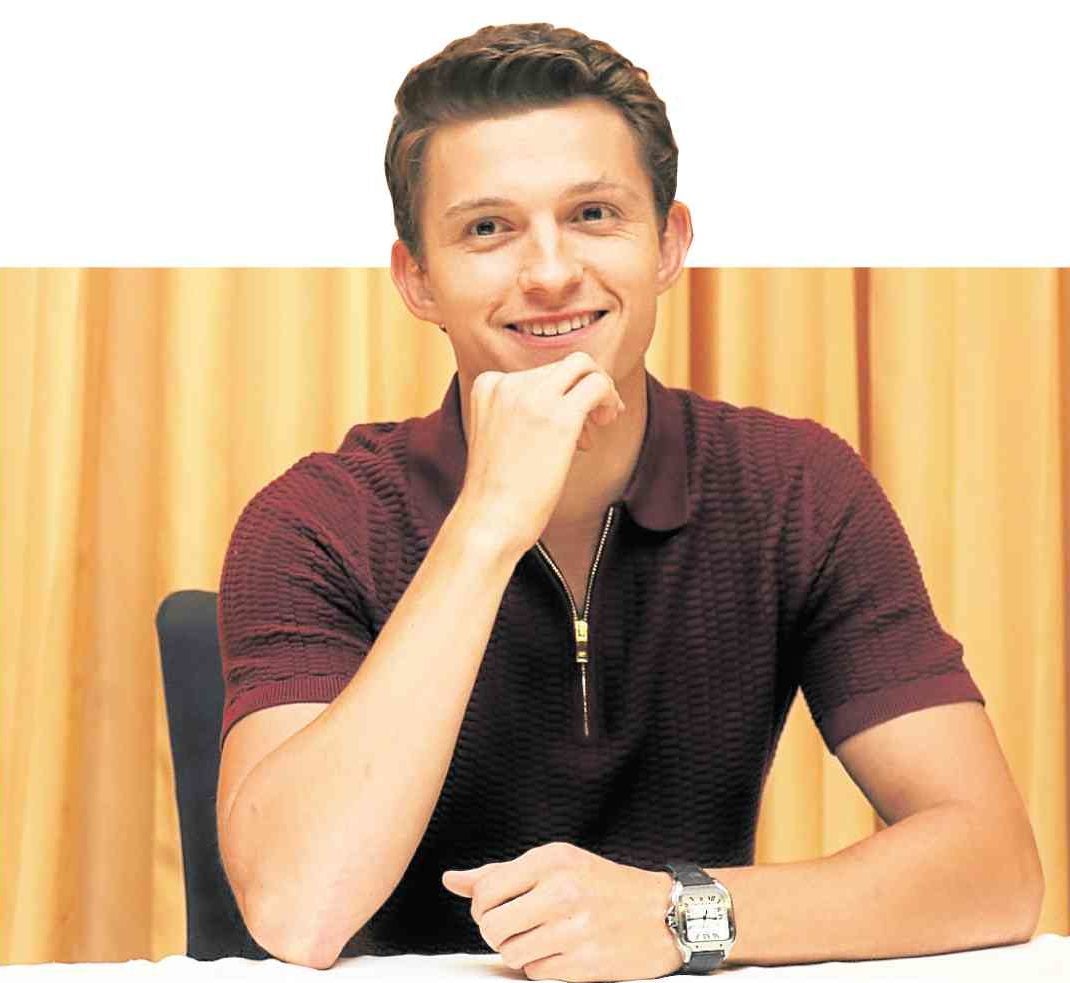 Why is this the hardest movie?

Because the expectations are so high. We’re coming off the back of “Endgame,” and everyone was so impressed by what the Russo brothers did. We don’t want to disappoint in any way, so we knew the stakes for us were much higher.

But also, creatively and emotionally, the arc that Spider-Man goes on in this is really dramatic. He really matures more than Tom Holland has matured. I was really reaching at times to play this character.

And physically too, we really pushed the stunts to the limit in this film. I don’t want to compare myself to Tom Cruise, but there’s an entire action sequence in the film in Venice where I don’t have a mask on. I did sort of 90 percent of the stunts.

It’s from pole vaulting up a 30-foot bridge, and running across poles and flipping off buildings. It was crazy, and I got a few knocks and bruises, but it looks great

The catalyst in the movie is the loss of someone important in Spider-Man’s life. Can you talk about that?

In our movie, it’s Tony Stark. The world is more emotionally connected to Robert Downey Jr. as Iron Man than they were to the previous Uncle Bens, so we have to treat it with a little more care.

As an actor, I grew to love RDJ as a friend, as a mentor and as Tony Stark, so there wasn’t much acting involved when it came to missing him on set. He was such an iconic character, and to say goodbye to him was really emotional. This film is the perfect love letter to Tony Stark.

How does Jake Gyllenhaal step in?

Jake steps in in a really cool way. He fills Tony’s shoes in a mentor sense. He and Peter Parker become fast friends. What’s really interesting is, in the original draft, at times they would butt heads and wouldn’t agree, but Jake and I became such good friends so quickly.

The director and producers were like, “Every time they improvise and they burst out laughing, it’s infectious, so let’s just make them best friends.” So throughout the course of the film, we become close and it’s a really fun dynamic. 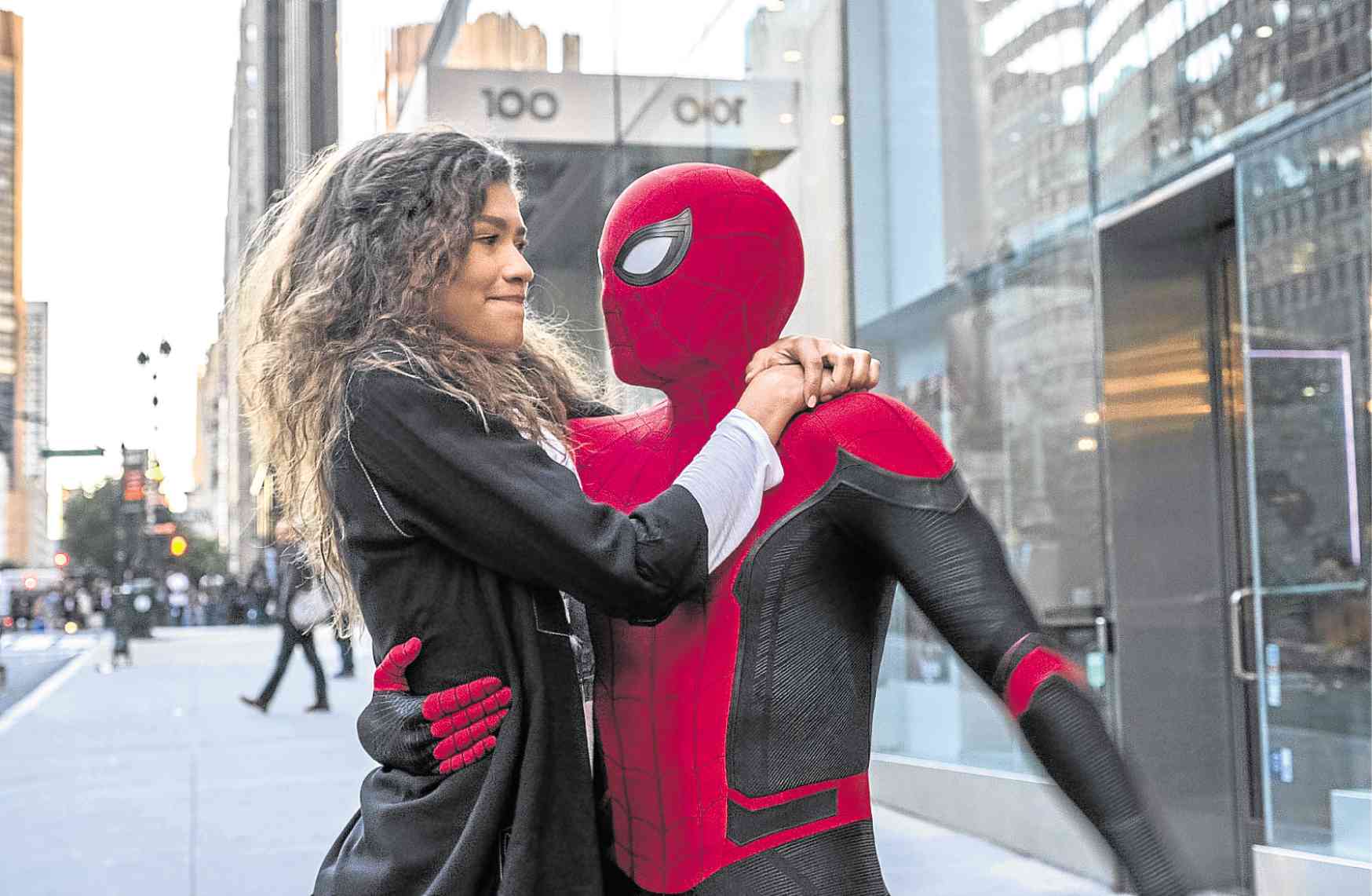 How does Spider-Man’s suit evolve in this movie?

It’s funny. The one thing I asked for was a zipper, so I could go to the bathroom, and they didn’t give me one. The biggest change was in the first one, I had to wear this suit, this helmet on my head, and it broke one day. It cut my face really bad. We had to reconfigure that, so the helmet under the suit was much more comfortable this time around.

But I was still unable to go to the toilet.  It’s funny. On the first film, one day I spent 11 hours in the suit. I rang my mom and said, “Mom, I had a tough day today and this and that. I had the suit on for 11 hours. I didn’t go to the toilet.”

Then, she hung up the phone a little angry. The next day, the producer walks up to me and he goes, “Hey Tom, can we talk?” I was like, “Sure yeah, what happened?” I thought I was in trouble. He goes, “How are your kidneys?”

I was like, “They’re fine. Why are you asking?” He was like, “Your mom called yesterday, and she basically said you need to let my son go to the toilet.” So good old mom was looking after me, even when I was away in Atlanta.

Do you get to keep one of the suits?

No, they won’t let me have one. These suits are worth like hundreds of thousands of dollars. And you can’t put them on yourself, so I would have no use for it. I wouldn’t be able to put it on. Not that I would want to put it on on my day off.

Zendaya’s career has really taken off, like yours. Can you talk about that?

There was no doubt that she was going to be a huge success. She was cast before she even left the room in the audition. She did the audition and left. I remember Amy Pascal (then Sony Pictures’ head) going, “Yup, she’s the one. We found our MJ.”

I was a kid. I was like, “Awesome, sounds great.” I find that from working with her, she’s very versatile. She’s a lot of fun to be around. She’s very bubbly.