Sting returns to PH on Oct. 2 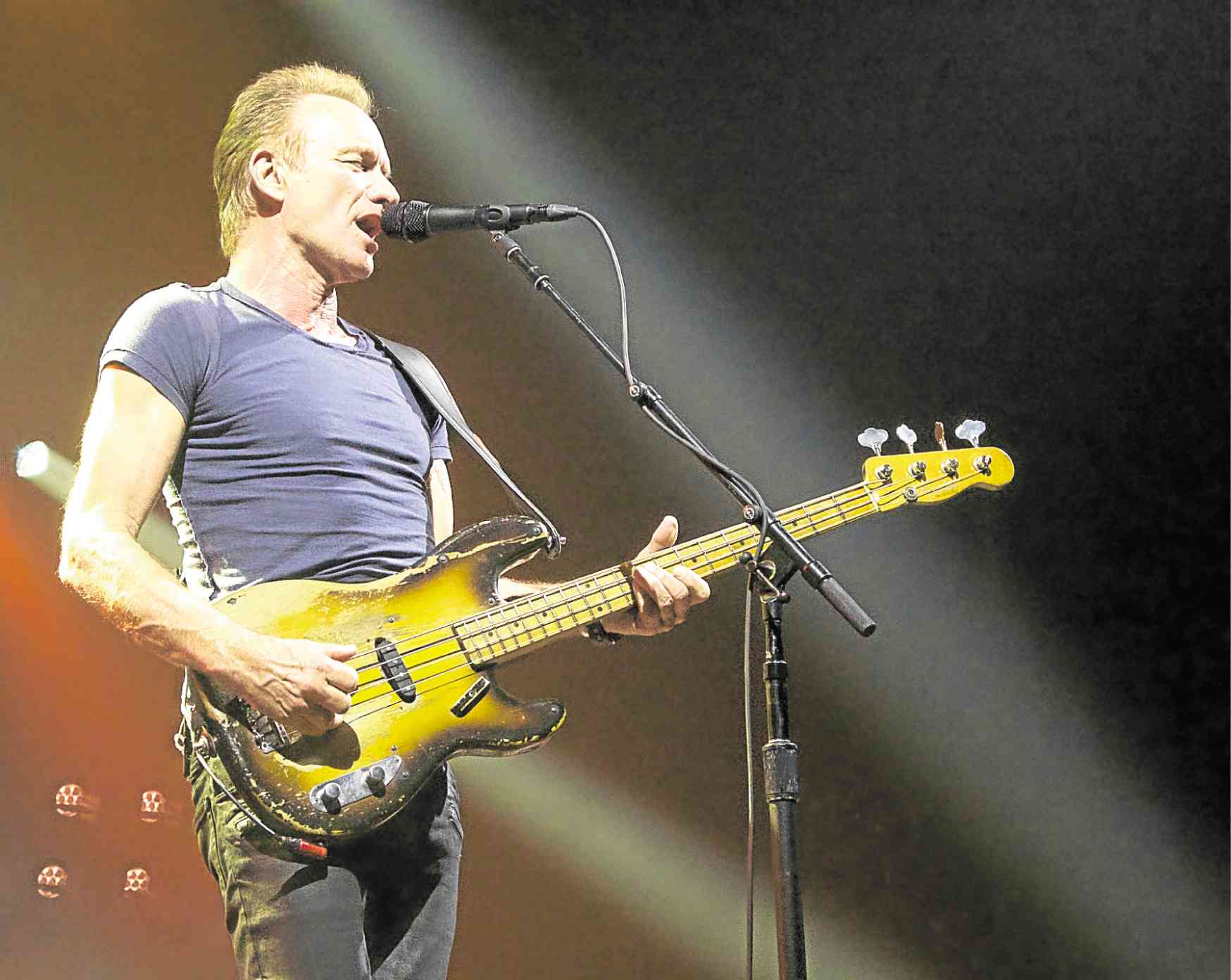 An Englishman will be in Manila anew.

Sting is set to take the stage at the Smart Araneta Coliseum on Oct. 2, according to local promoter Ovation Productions, which was also behind the rock icon’s first musical outing in Manila back in 1994.

Tickets go on sale on July 3 (call 911-5555). Members of Sting’s online fan club, meanwhile, will have access to an exclusive, pre-sale opportunity on July 1 and 2 through www.sting.com.

The one-night concert is part of the 67-year-old singer-songwriter’s ongoing “My Songs” world tour.

The series of shows—described as “rollicking and dynamic”—was launched in support of Sting’s 13th studio album of the same title, which features spruced-up, rerecorded versions of 15 of his biggest hits, both as a solo artist and as a member of the 1980s new wave rock band The Police.

If the new album’s tracklist and his pre-tour set list in Texas last month are to be considered, Filipino fans can expect Sting—who will be accompanied onstage by an electric rock ensemble—to perform such songs as “Englishman In New York,” “Fields Of Gold,” “Every Breath You Take,” “Roxanne,” “Message In A Bottle,” “Every Little Thing She Does is Magic” and “Shape of My Heart.”

The singer-actor-activist, whose previous Manila show was a hotel shindig with trumpeter Chris Botti in 2016, is a 17-time Grammy Award winner. He has sold over 100 million records worldwide throughout his career and is regarded as one of rock’s greatest stars and songwriters.—ALLAN POLICARPIO