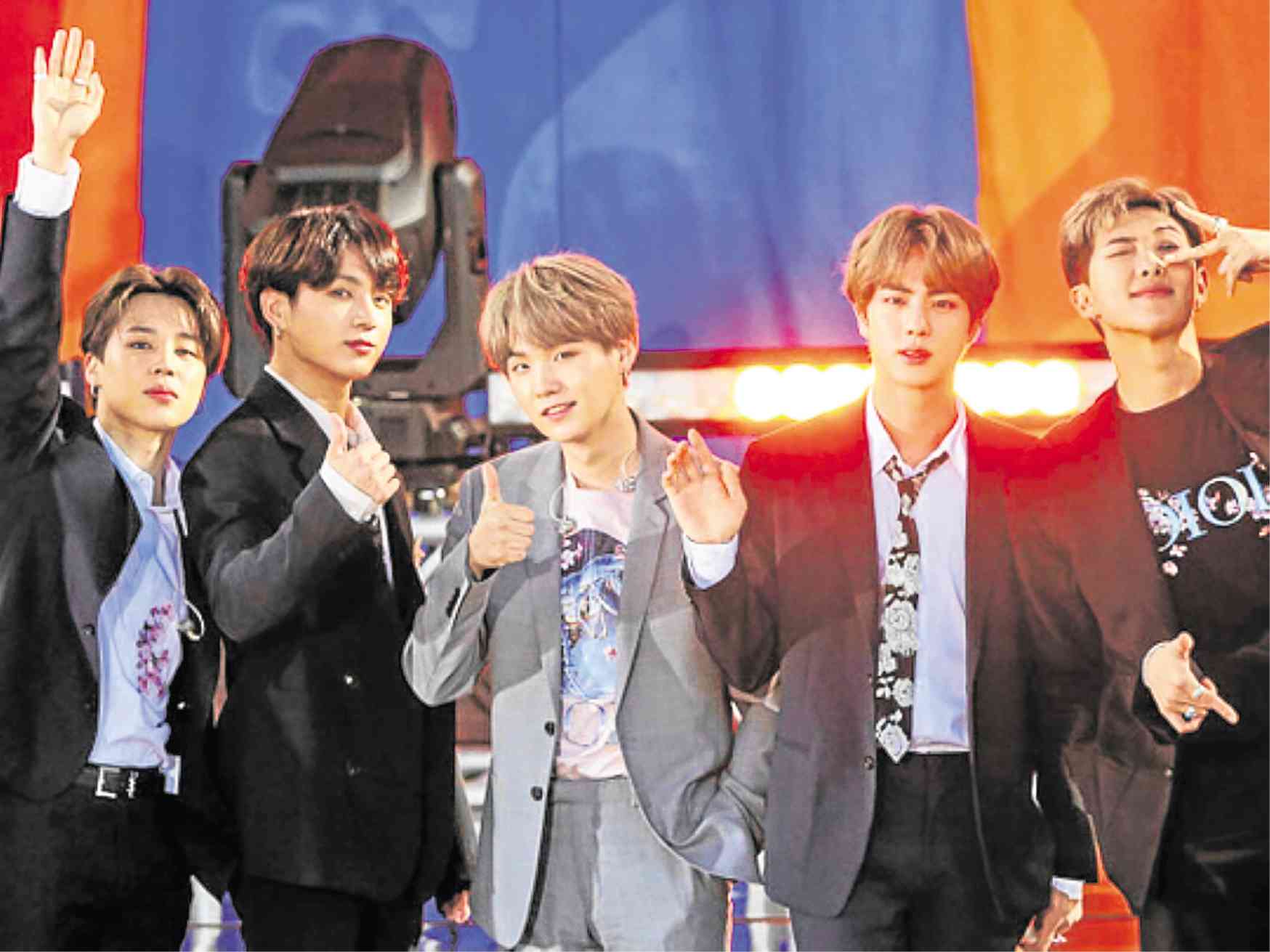 PARIS—Paris’ Stade de France stadium is packed. The crowd is a sea of screaming teenagers in sporty hoodies and colorful rabbit ears.

In a puff of smoke, BTS bursts onto the stage from behind giant inflatable leopards. Dressed in white suits, they jump around to the hit “Dionysus,” to the delight of fans.

It’s a suitably dramatic entrance for the seven-member South Korean boy band, whose world tour, “Love Yourself: Speak Yourself,” came to Paris for two nights recently.

While the music industry has seen its fair share of boy bands over the years, from The Jackson 5 to One Direction, BTS is the first K-pop group to top the charts in the United States.

“BTS has captivated pop fans in the West in a way that no other Asian band has ever done before,” Ben Beaumont-Thomas, music editor of The Guardian, told AFP.

“Access (to international music) is so instantaneous and the squeamishness around non-English lyrics is starting to erode.” The band’s success has been credited with a boom in Korean exports, as well as a hike in visitor numbers to the country.

The group’s close relationship with fans has helped spawn a global following of millions of fans the songsters call their “army.”

The band sings predominantly in Korean, but that doesn’t stop fans from singing along—songs are peppered with phrases in English.

“Their music brings joy to our daily lives. I like the messages they communicate in their songs—from depression to family and bullying,” said Philae, a 22-year-old car industry worker.

In France, the Korean septet sang and danced their way through 22 tracks, showing off their meticulous choreography in pop anthems like “Not Today,” before one of the members, J-Hope, took the spotlight with his aggressive rapping in Korean to “Trivia: Just Dance.”

Another of the band’s members, Jimin, one of the youngest, serenaded the crowd with the R&B ballad, “Serendipity,” with the faintest smile or flick of his hair eliciting squeals of delight.

Their hit single “Boy With Luv” broke the YouTube record for the most views in 24 hours, with 74.6 million hits when it was released in April.

Beaumont-Thomas linked the group’s appeal in the West to streaming apps like Spotify and Deezer, which allow music fans to discover performers from around the globe. 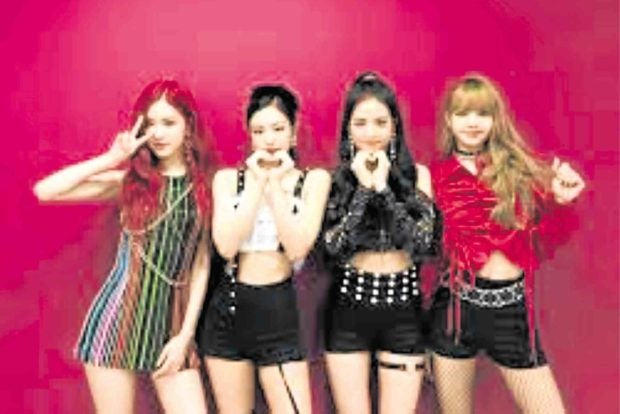 “BTS already has a massive fan base in Asia, so fans (in the West) feel like they’re part of something. There’s a real sense of identity.”  Performers like Blackpink and Psy, whose hit “Gangnam Style” in 2012 became the first video to top a billion views on YouTube, have already broken into Western markets in recent years.

But BTS is “a very exceptional case,” Dong Sun-hwa of The Korea Times told AFP. “They’re very accessible. Other K-pop bands keep physical and emotional distance from their followers.”

BTS’ popularity does not seem to have been affected by recent sex scandals involving K-pop stars.

High-profile cases have included singer Seungri from  Big Bang, who is accused of arranging sex services for  investors and clients at a nightclub he owns.

And singer Jung Joon-young has admitted to filming himself having sex and sharing the footage without his partners’ consent.

While their onstage personas seem almost cartoonlike at times, their songs about self-acceptance have struck a chord with teens.

In September, the band’s lead singer RM made a speech to the United Nations in New York about how music allowed him to overcome worries about “what other people thought of me,” and start to “love myself, little by little.”

The floppy-haired musicians, whose ages range from 21 to 26, appeal to a generation that feels comfortable with the idea of fluid gender identity. —AFP