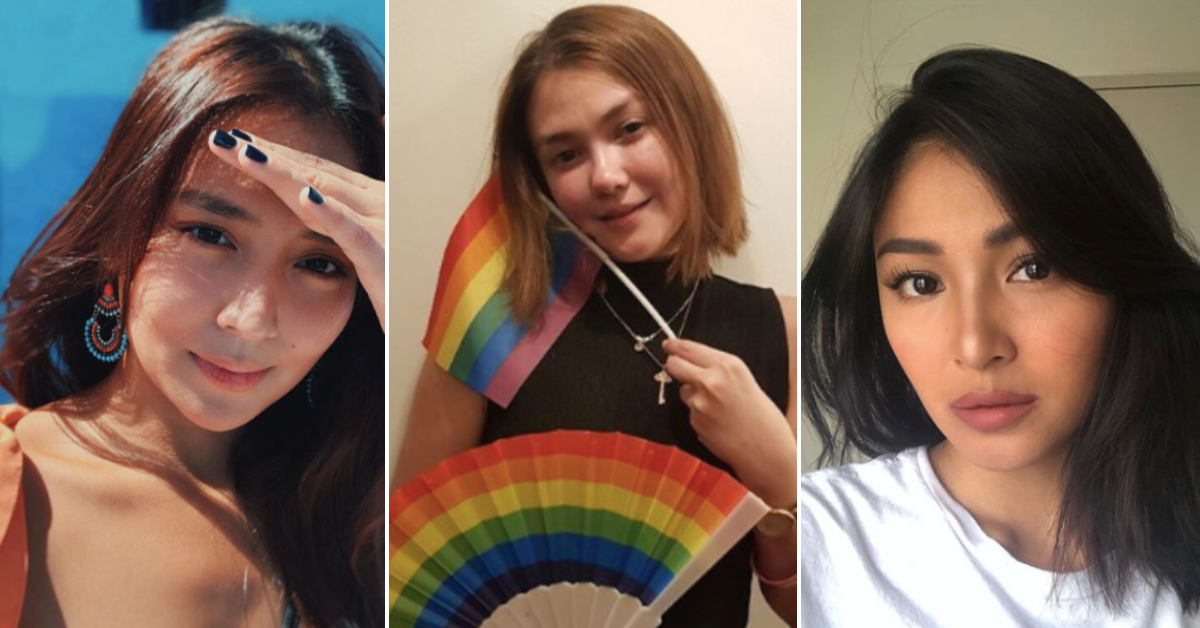 Angelica Panganiban voiced her support for the celebration of Pride Month, declaring herself an ally of the LGBTQ (lesbian, gay, bisexual, transgender, queer) community.

The actress posed with a pride flag and a fan with the colors of the flag on Instagram Wednesday, June 26.

(I will not be whole without them. They are not just my second family. They are my family. I Am An Ally.)

Comedian K Brosas shared the same pledge on Instagram on Wednesday, along with a portrait of her surrounded with rainbow-painted hands.

Last week on June 20, actor and spoken word poet Juan Miguel Severo said on Twitter that Nadine Lustre and Kathryn Bernardo should not be compared to each other, given that they both encouraged their fans to donate to Metro Manila Pride in their respective Instagram Stories.

Pride Month is celebrated in June to honor the 1969 Stonewall riots in New York, which were protests against a police raid on the gay bar Stonewall Inn. The riots served as a turning point for the LGBTQ rights movement in the United States.

While it is a celebration, Pride Month and Pride Marches are also protests for rights of the LGBTQ community. The Metro Manila Pride March will be held on Saturday, June 29, in Marikina.  /ra