How Mikee conquered her insecurities 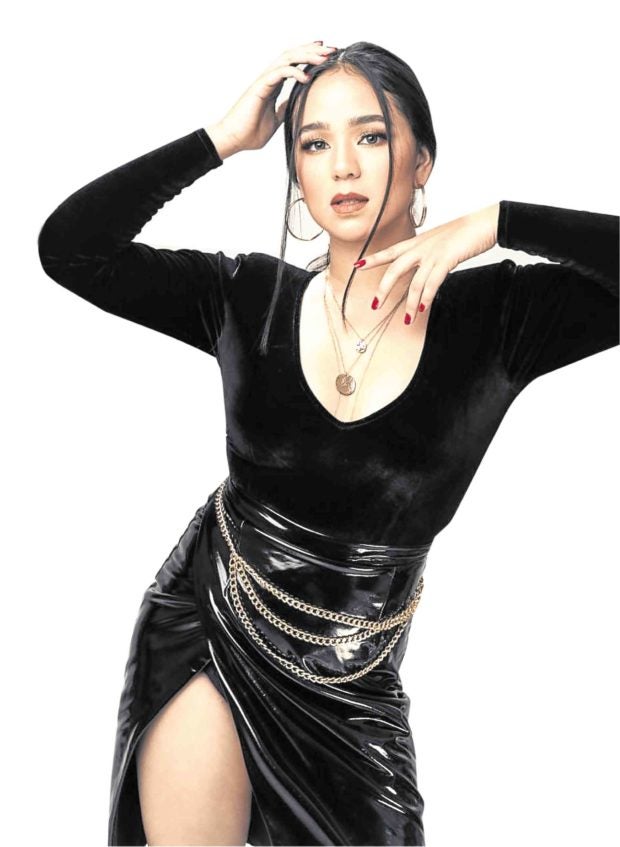 Mikee Quintos’ passion for music started at a very young age. But pursuing a career in acting meant that performing had to take a back seat.

“Since entering show biz three years ago, my heart, body and soul have been focused on acting. I have no regrets, though, because I’m  enjoying myself,” Mikee, who was last seen in the series “Onanay,” told reporters in a recent pocket interview for “Revelation,” her upcoming concert with “The Clash’s” Anthony Rosaldo.

Now, as she tries to shift her attention back to singing, she realized that regaining her old form wasn’t as simple as flicking a switch.

“I haven’t been singing for three years, so my insecurities grew,” she pointed out. “During my recent training, there were songs I was afraid of doing. I knew that not being able to do them well or hit certain notes would frustrate me.”

But as she continued, slowly but surely, the GMA 7 artist eventually managed to shake off the rust. “Because of the concert, I have been singing a lot more. It feels great … It’s heartening that the producers (JPI Entertainment) and the people around me trusted me, and inspired me to push my boundaries,” she said.

The 21-year-old talent likewise realized that juggling music and acting could be doable. “I thought that this is something I should continue working on. I don’t have to forget about singing or dancing,” said the actress, who’s currently an architecture student at the University of Santo Tomas.

Mikee isn’t a “biritera,” but she believes that her voice has other good qualities that she hopes to show off in “Revelation,” which will be held on July 28 at Music Museum (call 891-9999). She and Anthony are expected to perform ’90s favorites, current hits, OPM dance bops and even a bit of Broadway.

“I’m into soulful songs and I try to connect with my feelings. We will be doing songs that are personal to us,” she said. “The repertoire won’t be limited to a certain genre. It’s going to be a mix of everything, to cater to everyone.”

This is her first major show, and Mikey is admittedly excited and nervous at the same time. “But I’m hoping that this experience helps me conquer my insecurities. There’s always room for improvement,” she said.