Actor Paul Salas, who portrays Chino in the TV series “Kara Mia”, sent out his goodbye to the TV fantasy-drama series as it comes to a close this week.

“On our last taping day of [‘Kara Mia’]. I [want to] thank everyone who watched and supported [‘Kara Mia’],” the actor said, as per his Instagram post last Monday, June 24. 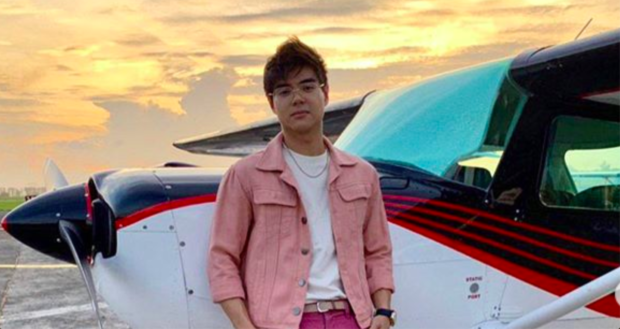 The 21-year-old expressed his gratitude to the television network GMA and every person he worked with on the show — from the crew members to his co-stars. He also looked back on his time on the series by sharing photos and videos of him with his fellow cast members and fans.

“It was a blast working with you all,” Salas stated.

▪️KARAMIA ▪️ On our last taping day of karamia . I wanna thank everyone who watched and supported karamia . Thank you @gmanetwork for the trust. Thank you to every single person behind the cameras. Thank you to my co actors it was a blast working with you all . 🙏🏻

The actor’s character is one of the lead characters of the series. He starred alongside Barbie Forteza (Kara), Mika Dela Cruz (Mia) and Jak Roberto (Bonifacio).

The show centers on the lives of sisters Kara and Mia who were born diprosopus, a rare congenital disorder wherein multiple parts of the face are duplicated on the head. In the story, Kara’s face is at the front while Mia’s is at the back. It aired its pilot episode on Feb. 18, 2019, and will conclude on Friday, June 28, with a total of 92 episodes.