The inaugural edition of Day N Vegas will run from Nov. 1 to 3 at the Las Vegas Festival Grounds, in Nevada.

The rap-heavy music festival has assembled a lineup that rivals Miami’s Rolling Loud, which has been dubbed the predominant rap festival in America over the years. 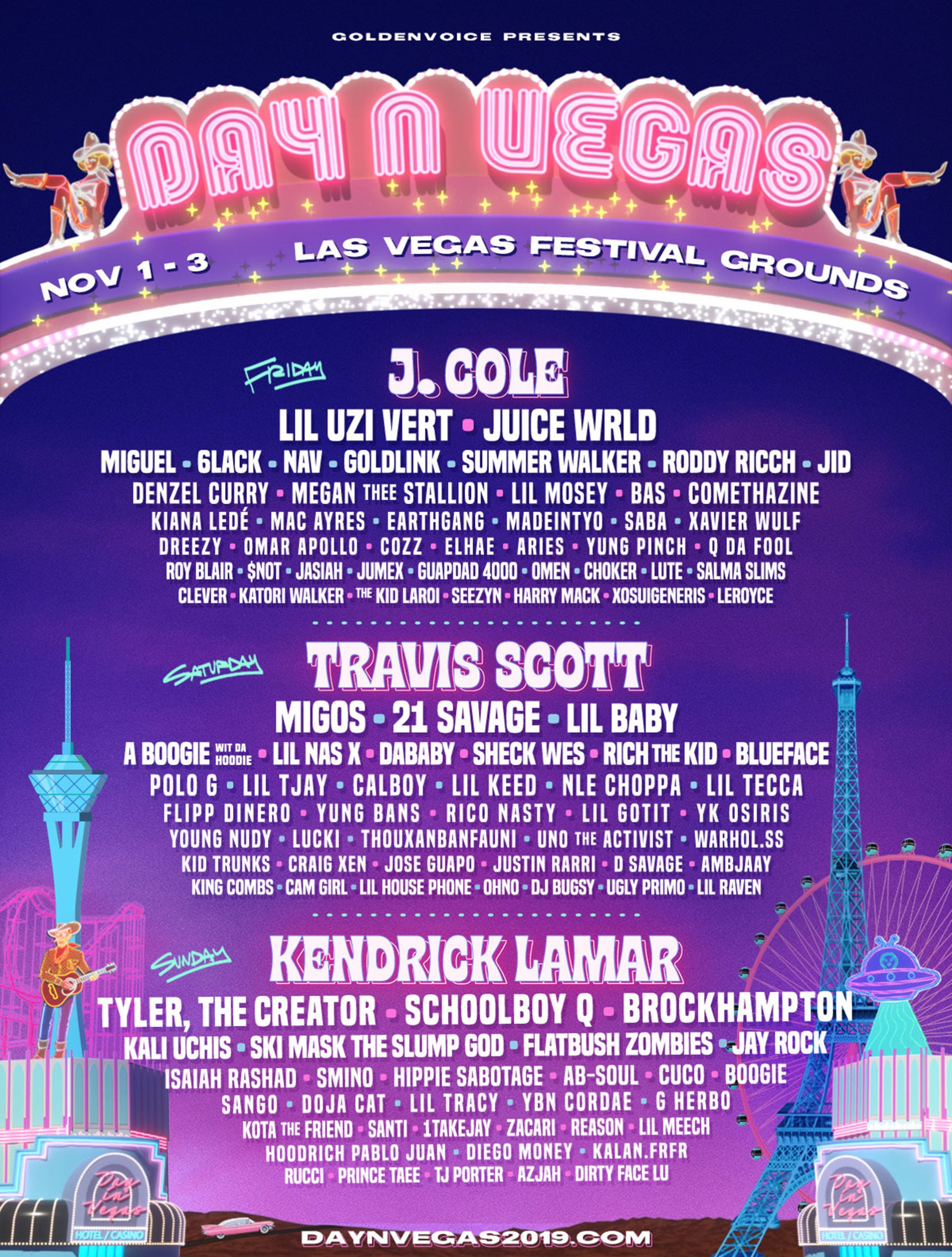 J. Cole, who recently shared a pair of new tracks from his label Dreamville’s upcoming compilation, will kick off the festival on Nov. 1, while Travis Scott will be headlining on Nov. 2. Kendrick Lamar will close out Day N Vegas’s inaugural edition on Nov. 3.

Among the most notable names set to perform at the event are Tyler, the Creator, Migos, 21 Savage, Lil Uzi Vert, Juice WRLD, Lil Nas X, Liguel, Goldlink and Kali Uchis.

Other performers include Schoolboy Q, Jay Rock, Ab-Soul, Isaiah Rashad and Zacari, who are all affiliated to Kendrick Lamar’s label Top Dawg Entertainment.