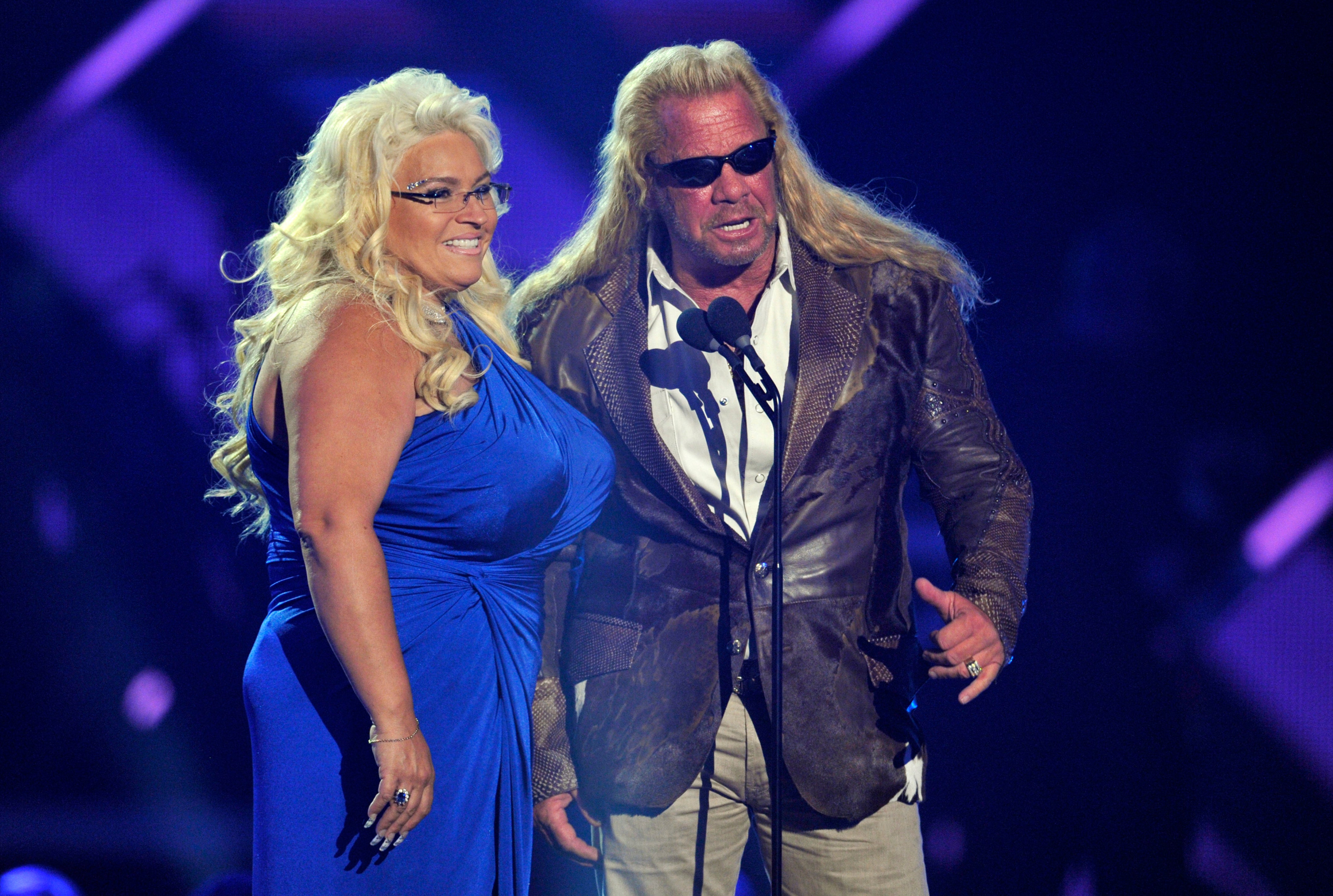 (L-R) Beth Chapman and Duane “Dog” Chapman present the award for CMT performance of the year at the CMT Music Awards at Bridgestone Arena in Nashville, Tennessee. Image: Invision/Donn Jones via AP

The wife of reality TV bounty hunter Duane “Dog” Chapman is in a medically induced coma, a report said.

Beth Chapman is in the intensive care unit of Queen’s Medical Center in Honolulu, the Honolulu Star-Advertiser reported Sunday, June 23.

A representative for the family released a statement Saturday, June 22, saying that only immediate family have been given access to the 51-year-old.

The Chapmans starred in the reality TV series “Dog the Bounty Hunter” and recently appeared in “Dog & Beth: On the Hunt”, both of which were filmed in Hawaii.

Chapman was diagnosed with lung cancer in September 2017 and said in November that the cancer returned despite surgery.

Chapman was hospitalized in April because of fluid accumulation in her lungs and underwent a procedure to relieve pressure, the family said.

The couple’s Da Kine Bail Bonds office in Honolulu and a storefront for a Dog the Bounty Hunter shop closed in January.

The family asked the general public to “please pray for Beth” while also sending “sincere thanks to everyone for their prayers throughout Beth’s battle with cancer,” the statement said. HM/JB