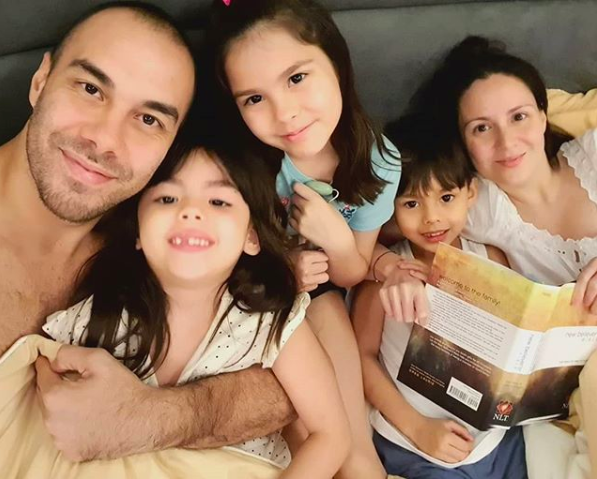 Team Kramer’s new house is finally ready for moving in after nearly two years of construction.

PBA player Doug Kramer has been proud of his efforts in designing the home and looking after its construction, aiming for a modern industrial design.

On Sunday, June 23, Kramer said the family bid goodbye to their home of six years. Bittersweet as it was, the kids were excited for their new home, and dad Doug welcomed them with a special surprise.

In a video on Instagram on Sunday, he took his wife, Chesca Garcia, and their three kids Kendra, 10, Scarlett, 7, and Gavin, 6, down to the basement with their eyes closed. Once at the basement, Kramer’s “man cave,” which included comic book busts and an air hockey table, can be seen, but that was not his surprise yet.

It turned out that another room inside the basement was turned into a play area for the kids, which included a slide and ball pit. The kids shrieked with excitement as they tried out their playground, and then hugged their parents after.

I kept this as a surprise from them throughout the construction. I just gave hints about a different kind of playroom for them. Their reaction says it all!! We love you babies! Love, Papa and Mama 😍❤️

On Monday, Kramer posted a picture of their dining area, which included a long wooden table and a flat-screen TV.

Getting settled in. 😍 Spot @chekakramer! Kids cant decide which is their fave spot of the house. ❤️🏡

“Kids cant decide which is their fave spot of the house,” he said.

In updates on Instagram over the past year, he revealed that their spacious new house would include a movie theater, a tree house and walk-in closets.  /ra

Doug Kramer on wife Chesca Garcia getting ready for pregnancy: ‘I’m kinikilig to the bones!’