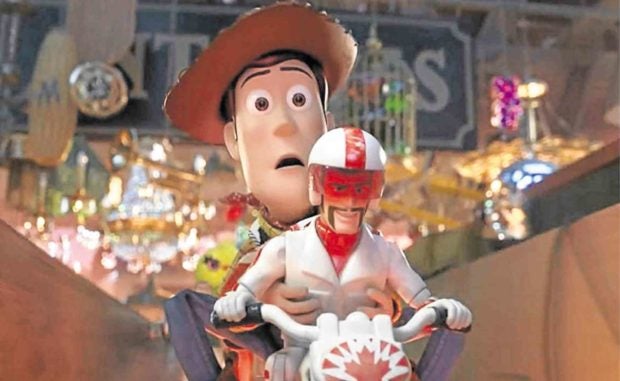 The smart, living playthings of “Toy Story” go on another secret adventure in a characteristically heartfelt—and, at times, heartbreaking—chapter of the animated saga.

After their original owner outgrew the toys and handed them to a girl named Bonnie (Madeleine McGraw), Woody feels a diminished role during playtime, ignored in favor of the others.

To feel useful, he sneaks into her bag during school orientation, which the kid feels anxious about. 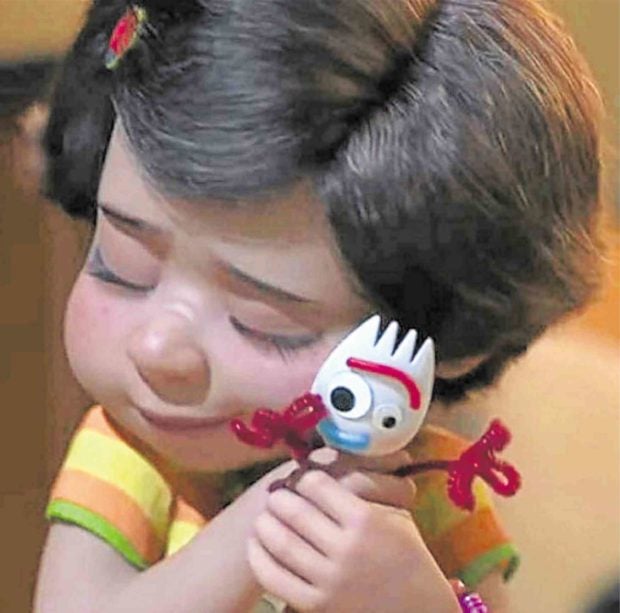 Bonnie and her creation, Forky

Bonnie, with materials that Woody secretly fished out of the trash, creates a toy she names Forky (Tony Hale), making her feel better about school. The disoriented new character, who keeps trying to escape to the garbage bin, later gets lost. Woody goes out of his way to reunite Forky with his creator.

Along the way, Woody spots signs that lead to a long-missing friend, who has an interesting tale to tell.

Josh Cooley’s “Toy Story 4” follows the series of films’ tried-and-tested formula of combining wholesome drama with a high-stakes caper. With an expanded cast of characters due to details in the last story, there’s visual variety, but also a more crowded roster. There’s a more conscious effort to divide lines and duties among those who aren’t Woody or Buzz.

Also, there’s focus on new characters, making the rest of the cast shrink further into the background. 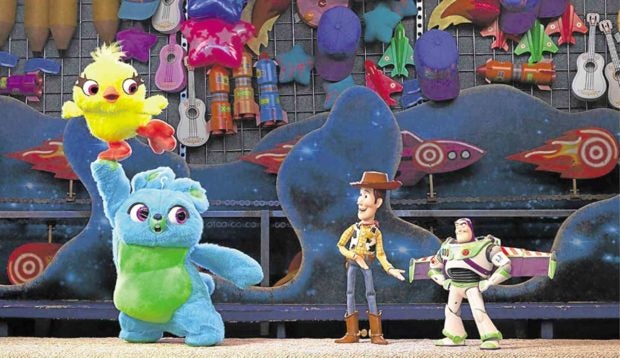 Still, those new ones are cooler in many ways, with easy to recall backstories, similarly sentient toys such as the vintage doll Gabby Gabby (Christina Hendricks), the Evil Knievel-esque figure Duke Caboom (Keanu Reeves) and the stuffed animals Ducky (Keegan-Michael Key) and Bunny (Jordan Peele).

But Woody and, to a lesser degree, Buzz, are at least given enough focus. One thing that this film nicely echoes is the maturity of the human character in the third film. There’s painful but admirable growth for these beloved toy heroes, who realize that they’re also capable of changing and forging their own paths.

The film’s running time is a few minutes less than “Toy Story 3,” but it feels lengthier than usual, as if its characters run around in circles for most of it—and they do. 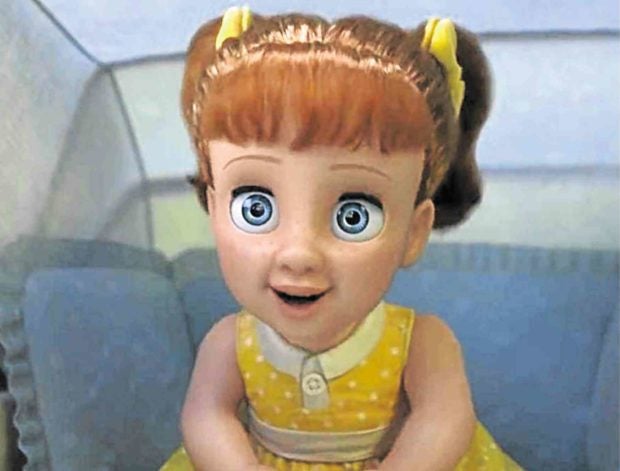 Despite the lagging parts, it still is the same brand of colorful, kinetic animation, coupled with exemplary characterization—and necessary heartbreaks, fine-tuned to Pixar perfection.