Model and entrepreneur Georgina Wilson revealed the gender of her second baby due this month.

She shared the news with her fans and followers, together with a photo of her showing her nine-month baby bump, while donning a full-length white robe with tiger patterns.

The reveal of her second child’s gender was met with positive responses from her fellow showbiz personalities such as actress Isabelle Daza, stylist Liz Uy and TV host Raymond Gutierrez. 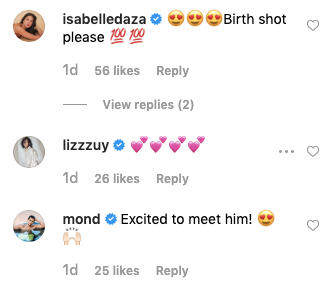 Wilson first broke the news of being pregnant with her second child last March 27 accompanied with some photos from her maternity shoot with celebrity photographer BJ Pascual. The Filipino-British model sported a nude-colored one-piece swimsuit paired with a long snakeskin-patterned robe in the pictorial.

Wilson married Arthur Burnand, a British businessman, back in April 2016 in England. She later gave birth to their first child, Archie, in December of the same year. JB