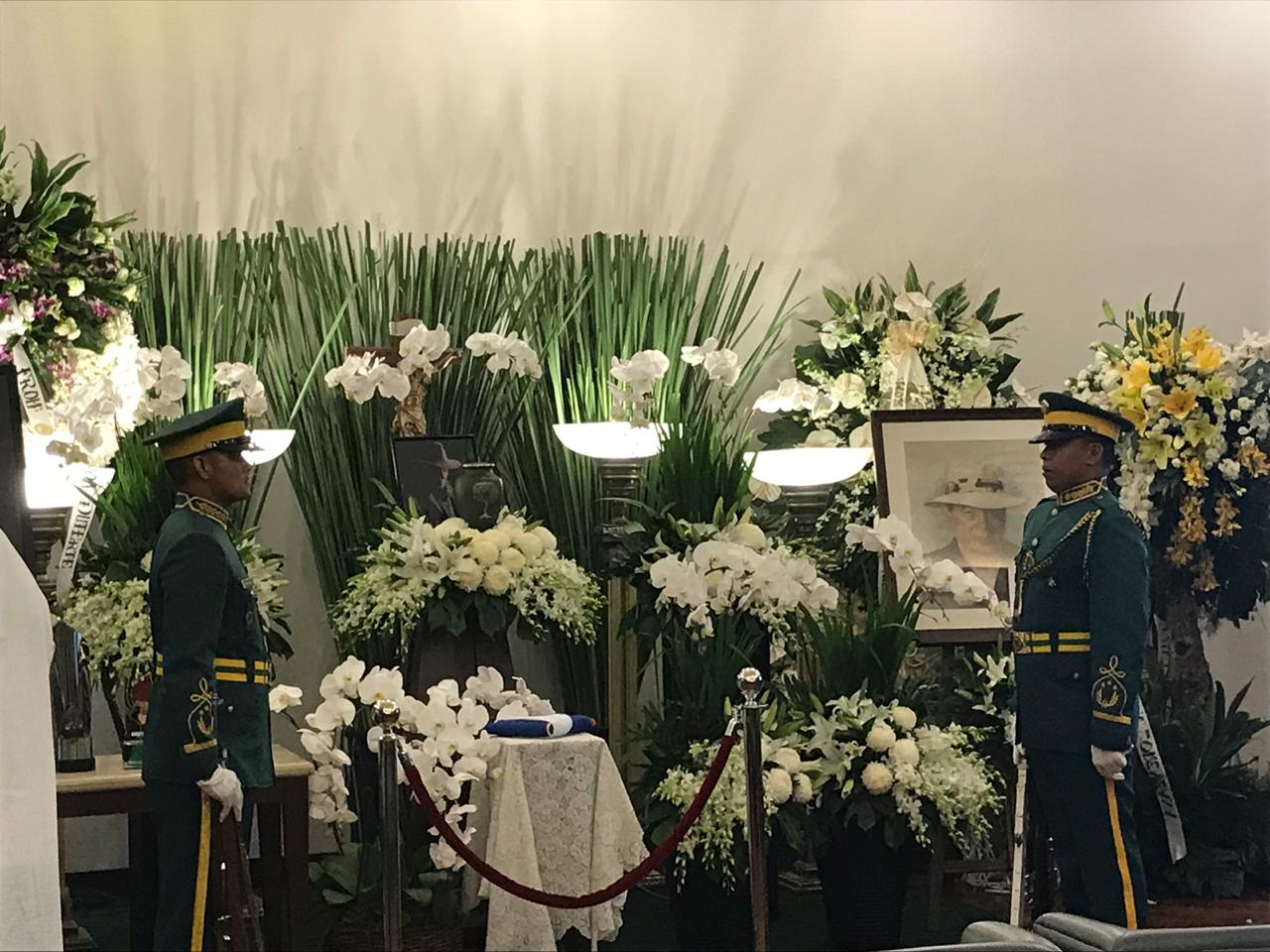 Two military officers from the Philippine Army (PA) stand at attention during the wake of veteran actor Eddie Garcia. The PA earlier sent soldiers to honor the late actor at the Heritage Park in Taguig City. INQUIRER.net photo / Consuelo Marquez

A national flag was placed near the actor’s casket to recognize his contribution in the Philippine Army.

At 19, Garcia volunteered for the Philippine Scout during the war and their regiment was deployed to Okinawa, Japan.

Garcia was an “avid shooter, participating in annual shooting competitions” hosted by the Armed Forces of the Philippines (AFP).

The AFP expressed their condolences to the family of Garcia, highlighting his talent as an actor and his service to the military.

“The Philippine Army condoles with the family of the late Eddie Garcia. We admire him not only as an actor but as a fellow comrade in arms. His desire for his ashes to be scattered on the Manila Bay speaks of his love of the noble profession of arms, despite his short-lived military career,” AFP spokesperson Lt. Col. Ramon Zagala said in a statement on Saturday.

Garcia died at the Makati Medical Center on Thursday. He was 90 years old.

The actor was hospitalized after he suffered a neck fracture while filming for an upcoming teleserye on June 8. (Editor: Jonathan P. Vicente)