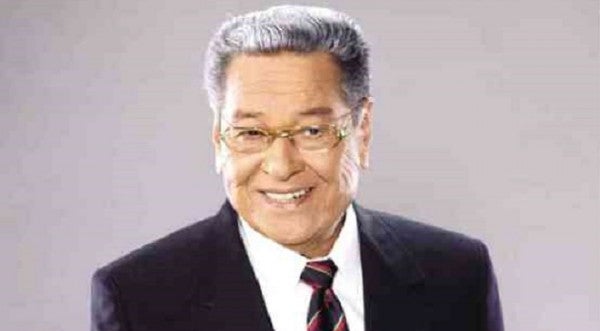 GARCIA. Topbilled moving tale about the importance of family above all else

MANILA, Philippines — As the world of show business mourned the passing of Eddie Garcia, tributes poured for the industry giant whose career spanned seven decades.

Among them was Tony Award winner actress Lea Salonga who took to Instagram to praise the veteran actor.

“Rest In Peace to one of our industry’s giants. Besides talent, you epitomized strength and sex appeal,” Salonga said.

“That you remained a force for as long as you’ve been active speaks volumes to your work ethic and professionalism. You will not be forgotten,” she added.

Garcia passed away on Thursday at age 90. Last June 8, he suffered a neck fracture after tripping on a cable wire on the set of an upcoming teleserye.

Another celebrity who mourned his passing was Judy Ann Santos who hoped this would serve as a reminder to networks on the importance of safety during tapings.

She also said it is such a shame she did not get to work with the veteran actor who was often praised by his colleagues for his professionalism.