With ‘Rocketman’s’ success, what Taron Egerton plans to do next | Inquirer Entertainment
Close
menu
search 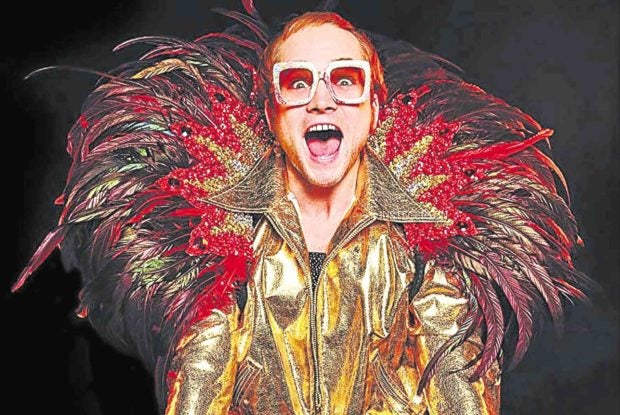 LOS ANGELES—Now that “Rocketman” has rocketed off to worldwide box-office earnings of more than $134 million, Taron Egerton, who plays Elton John in the musical biopic and worked tirelessly to promote the film, plans to “lie down for a really long time.”

No word yet on when Taron will return, if at all, as Eggsy in a third “Kingsman” movie.” But what’s sure is that he will be seen as Rian in the much-awaited “The Dark Crystal: Age of Resistance” series, which premieres on Netflix on Aug. 30.

The British actor is also back as the singing and talking voice of Johnny, the teenage gorilla in the animated sequel, “Sing 2,” to be released in 2021.

Excerpts from our interview with Taron in London: 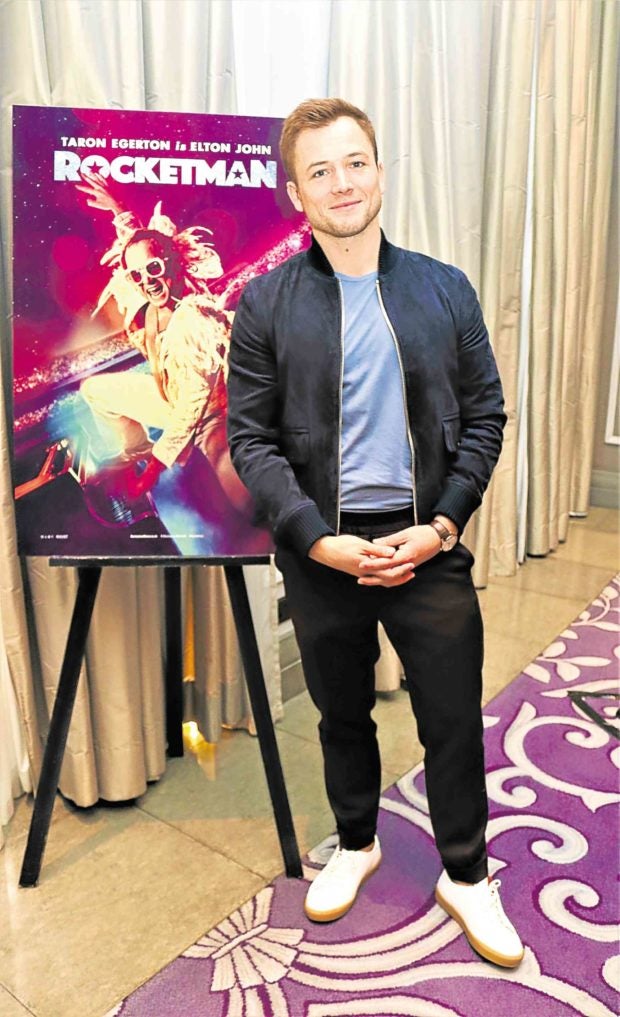 What is it about playing Elton John that surprised you? I was surprised by how much I enjoy wearing hot pants (laughs). Many things.

How much did the costumes help you portray the essence of Elton John? The costumes are such a triumph in this film. Julian Day, who I’ve worked with before, is an extraordinarily gifted designer. We don’t replicate Elton’s costumes or songs exactly. We love the songs. We’re inspired by them, so we pay homage to them by subtly reimagining them. And we hope that the audience will feel excited by that as we are.

So, the costumes I have in the movie, like the orange neoprene I wear in rehab, is such an amazing achievement because it’s so Elton, but it’s a new thing. For Julian to take that established aesthetic and create something new, I find that inspiring and exciting personally.

How did your mom react to seeing you in all these costumes? (Laughs) My mom knows the boy who lies dormant within me, so I don’t think she was that surprised.

It was moving to see how moved you were by the cheers and applause after the film’s gala screening in Cannes. At the after-party, Elton John said, “I was not watching Taron Egerton (in the film); I was watching Elton John.”

It was all you can hope for. Dexter and I watched the movie at a strange angle because to my immediate right was Bernie Taupin and one along was Sir Elton. There are different scenarios you play out in your head when you watch a movie you’ve worked so hard on for such a long time. And that was absolutely the best [reaction] it could have been.

For us, of course, we hope that international audiences connect with the movie and love it in the way that they love Elton’s music. But there are two opinions that are most important in the world, and it’s Elton and Bernie’s. So for them to have that reaction was incredible. When Elton became emotional … I do have a tendency to get a little bit weepy at times, and that was one of them. 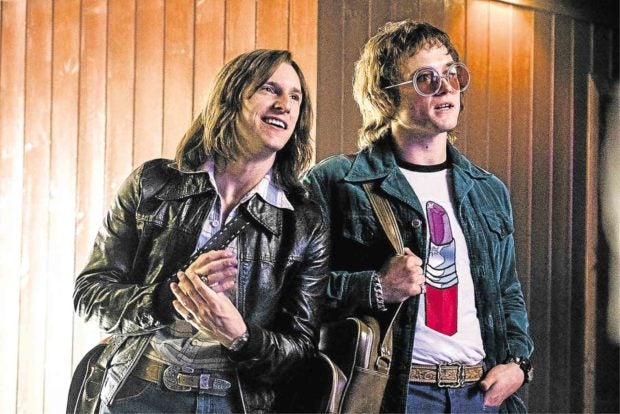 Do you still sing or listen to Elton’s songs? Yeah, I still listen to the songs for pleasure, which is a testament to how wonderful they are. Also, over the past few months, Elton and I have had this incredible experience of performing together.

The music is now always going to be something extra special and important. It has also led me to explore some of his more obscure album tracks. The diversity and range and what they (Elton and Bernie) have produced—there are hundreds of songs. And you’ll discover a gem that you haven’t heard before.

I didn’t really know the song “Hercules” before the movie. Dexter included it in the soundtrack for the moment when Elton starts to become successful. I recorded a version of it just before “Don’t Go Breaking My Heart,” then “Honky Cat.” It’s been such a joy to get to grips with those more obscure songs. It’s amazing music.

One of the memorable lines in the movie is, “You have to kill the person you were born to be to become the person you want to be.” Is this something you take to heart? That’s interesting because Elton is told that line by an extraordinarily talented performer. But that guy’s drunk onstage drinking whiskey, sweating, looking like he’s going to fall off the stage any minute, giving this electric performance. There’s a world in which Elton maybe shouldn’t have taken him too seriously (laughs).

But it’s an inspiring [line]. Whether this guy was a bit off the wall or not, it was a line that inspired Elton. I hope that when people watch the movie, they see that Elton really absorbs that. It’s something he’s never heard before. Because Elton was not at peace with who he was, he has lived through some real rejection during those years when he was most fragile and tender.

That’s nearly what Elton did. It’s only when he finds the strength within him in the last act of the movie to finally accept that self, that he’s able to achieve redemption.

How was it playing a guy who loses his virginity to another guy, played by Richard Madden? I’ve never been through that process before. I’ve actually never done a love scene. I’ve done some nudity, but never a love scene. It was absolutely fine. It’s, of course, hard work. It’s an artificial thing to go through, but not if you’re working with an actor who you get on with as well as Richard and I do, and you’re able to discuss it candidly and navigate the difficulties effectively.

There was no element of awkwardness or strangeness. We could laugh about it. I pulled a moony to the crew at the start of the day just to kill some of the tension.

We got on with it and we did our job. As Richard has said, it’s in the movie because it’s not a gay sex scene. It’s two young people falling in love and consummating their love.

We felt that was an important story beat in Elton’s life because it’s about finding love. And sure, he didn’t always look for it in the right place, but it’s still a theme of the movie—and that’s why it’s in there, and we’re very proud of it.

Did you feel the pressure following in the footsteps of “Bohemian Rhapsody,” which was so successful? Yes, of course. But you know, the day after the Cannes screening, Rami Malek texted me and said, “Well done and well-deserved.” We are so pleased to come in the slipstream of “Bohemian Rhapsody” because, hopefully, it suggests there’s an appetite for movies of this nature.

And yes, there are differences. Stylistically, we’re a musical that’s a biopic. They were PG13, we are an R. That’s not to say that there isn’t crossover. They’re two celebrations of two hugely revered musical acts. So all of us who were involved with the making of the film are hoping that that will only help us, because it reflects an appetite for celebrations of music. It seems that we are in an age of that.

What do you plan to do next? I’m going to lie down for a really long time (laughs) … and enjoy my summer.