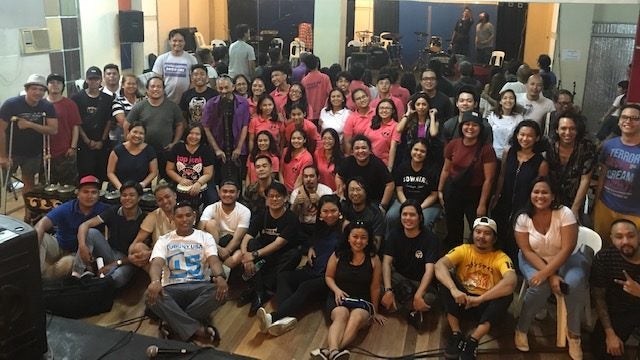 Some of the biggest names in the local music scene are ready for the #GlobeFete Production Number led by musical director Francis de Veyra.

On Friday, June 21, at least 700 cities in 120 countries across continents will come together as one to commemorate Fête de la Musique, an exuberant festival of music that celebrates that one language understood by everyone, breaking down traditional barriers of country, race, religion, language and economic status.

And in the Philippines, the celebration will be the grandest yet as the country marks the 25th staging of Fête de la Musique, with main stages in Metro Manila and six cities across the country, plus over 50 pocket stages featuring different music genres, thus providing free music for everyone, practically everywhere.

This is in keeping with the founding vision of “music everywhere” that drove French composer and music journalist Maurice Fleuret and France’s then Minister of Culture Jack Lang to hold the first Fete de la Musique in Paris in June 1982, coinciding with the summer solstice.

Fete de la Musique seeks to showcase “the best of the best” in the local music scene, while providing a unique cross-cultural experience between the Filipino and French people, forging friendships and building a community.

“2019 is a big year for Fête de la Musique and we wanted to make sure that this year’s event will be a special one,” said Jean-Pierre Dumont, executive director of Alliance Française de Manille.

A highlight of this year’s special edition – organized by Alliance Française de Manille together with B-Side Productions and the Embassy of France to the Philippines – is the #GlobeFete Production Number, a 25-minute performance on June 21 at the A-Venue, Makati Main Stage to celebrate 25 years of putting up what has become the most attended and recognized French event in the Philippines.

De Veyra said the grand production would include anthemic original Filipino songs from the 1970s to the present, covering genres from traditional to funk and soul, jazz, blues, reggae, electronica and rap.

That Fete de la Musique has become bigger every year, with more artists eager to join the celebrations Dumont attributes to the Filipinos’ innate love for music, a trait shared with the French people.

Thus it came as no surprise to Alliance Francaise and the French Embassy that Fete de a Musique has taken root and has become a permanent part of the local music scene’s calendar. The celebration in the Philippines has also become the biggest in Southeast Asia.

Giselle Katrina Tomimbang, managing partner of B-Side Productions Inc., added that Fete de la Musique has indeed come a long way from 25 years ago when there was just one stage in Makati with a handful of artists and around just 40 people in attendance.

Today, the challenge is to attend as many as possible given the simultaneous events all around the city, from the pocket stages to the main stages, not just in Metro Manila but even the provinces including Laguna, Bulacan and Baguio.

“The good thing is that you really have a choice. There is music for everyone. And Fete is one of those events where there is a blurring of lines between artists and the fans,” said Tomimbang, “Also, a strength of Fete is that there are strong collaborations among the pocket stage producers. It is a banding together to celebrate music.”

“It is a French tradition that has become a showcase for Filipinos to show creativity, synergy and camaraderie. It has become very much a Filipino event,” added Tomimbang.