The sixth game of the NBA Finals, where the Toronto Raptors dethroned the depleted Golden State Warriors, was seen by 18.76 million viewers in the United States, according to the Nielsen company. 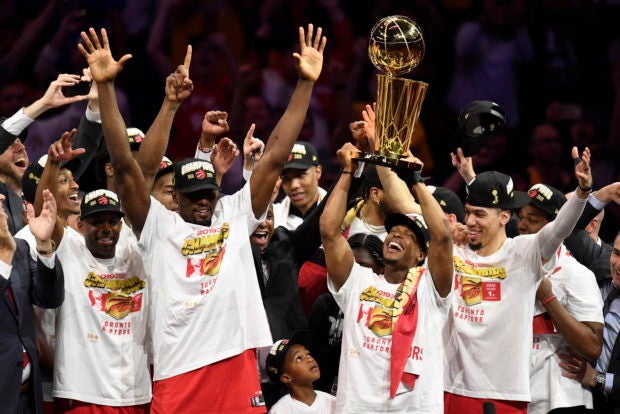 The final two games buoyed ABC, which had been suffering in the ratings with the series between a Canadian opponent and a team competing in its fifth consecutive finals.

The seventh game of the NHL Stanley Cup Finals, won by the St. Louis Blues over the Boston Bruins, was seen by 8.76 million viewers, Nielsen said.

The NBA Finals, plus a few game shows, helped ABC to the week’s ratings championship.

Fox’s average was not immediately available.

ABC’s “World News Tonight” topped the evening newscasts with an average of 7.6 million viewers, NBC’s “Nightly News” had 6.8 million and the “CBS Evening News” had 5.2 million.

Read Next
Shark attack survivor gets message from Robert Downey Jr.
EDITORS' PICK
Geek out at TOYCON 2022 powered by Smart Signature
House energy committee chair Arroyo bats for cheap electricity
UK’s Boris Johnson will resign, BBC reports
High inflation: Your P1 is now worth only 87 centavos
Unemployment rate up to 6% in May
High-risk pregnancy: Reducing your risk is in your hands
MOST READ
Kim Atienza’s daughter flaunts bikini body in response to critics of her ‘revealing photos’
Judy Ann Santos takes break from shooting cooking videos due to price increases: ‘Parang unfair’
FDA probes popular Filipino noodle brand for ‘high level of ethylene oxide’
Japanese artist who created ‘Yu-Gi-Oh!’ found dead in the sea
Don't miss out on the latest news and information.