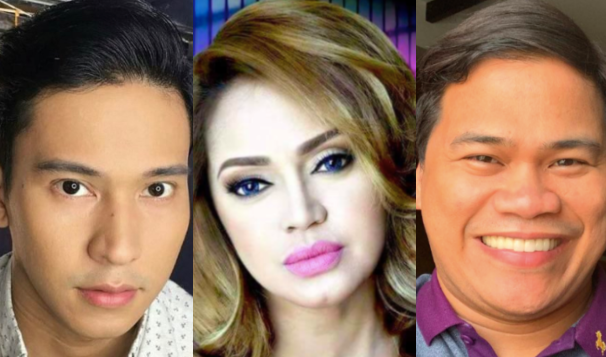 The sinking of a Filipino boat by a Chinese vessel at Recto Bank in the West Philippine Sea last June 9 has been a hot topic even among celebrities, who gave their two cents’ worth on the issue.

Actor Enchong Dee took to Twitter last June 15 to air his grievances, remarking how other countries think little of the Philippines.

“Ang liit ng tingin satin ng ibang bansa,” he said. “Mas liliit pa yan pag hinayaan nating manahimik para sa mangingisda natin laban sa mga bully (Other countries think so little of us. This will get worse if we keep silent about our fishermen in the fight against bullies).”

Comedienne Ethel Booba, on her end, did not name any names in the tweet she made on June 14, leaving her followers wondering.

“You don’t have to go down in history as a clam defender, you can go down as a hero,” Ethel Booba said. “A hero who defended and fought for our sovereignty and the rights of our fishermen. Charot!”

You don't have to go down in history as a clam defender, you can go down as a hero. A hero who defended and fought for our sovereignty and the rights of our fishermen. Charot!

TV host Bianca Gonzalez, meanwhile, hoped for justice for the Filipino fishermen who were abandoned in the sea.

“Sana’y mabigyan ng hustisya ang buhay at pakikipagsapalaran nilang mga mangingisdang Pinoy (I hope justice will be given to the lives of the Filipino fishermen),” Gonzalez said in a tweet on June 14.

“The more details that come out from the Pinoy fishermen and China boat incident, mas lalo nakakadurog ng puso (the more heartbreaking it gets)…,” she said in another tweet on June 15.

The more details that come out from the Pinoy fishermen and China boat incident, mas lalo nakakadurog ng puso..

“You feel your heart aching Salve sa tuwing pinapanood ko iyon mga mangingisda na nasagip mula sa fishing boat na binangga ng Chinese vessel (every time you watch the fishermen who were rescued from the boat that was rammed by the Chinese vessel),” Solis said via Instagram on June 15.

(Dear Mr. Cusi, please rest. You should just use your energy on your grandchildren, they need a lolo more. Concerned, even if it is just a graze, Mama Ogs).

“Not even a little surprised,” Valenciano tweeted on June 17.

Duterte broke his silence on the sinking of the Filipino boat only yesterday, June 17, saying, “Banggaan lang ng barko ‘yan (It’s just a collision of two boats), do not make it worse.”

He also said to wait and “give the other party the right to be heard.”

“Dalawang bangka lang ‘yan (That’s just two boats). Now you go there and create a tension. I said, hindi ako g*go na presidente na papayag noon (as President, I cannot allow that),” said Duterte. “If we have to die, we must have to die in the correct way and to die with dignity. Hindi yung basta bangga ka nang ka-bangga diyan.” /ra

Read Next
Pokwang asks GrabFood users not to cancel orders
EDITORS' PICK
Notice of 2020 regular meeting of stockholders June 18, 2020
SM prepares for ‘safe malling’
Leveling up your ‘lutong bahay’ with the kitchen companion you never knew you needed
NBI, Immigration to join hunt for ‘underground’ medical clinics
2 Chinese nationals arrested in raid on another unlicensed COVID-19 hospital in Pampanga
P2.2 trillion in losses: Cost of COVID-19 impact on PH economy
MOST READ
Revillame tells Roque: ABS-CBN is in my heart despite being in rival network
NCR is ready for GCQ — Palace
LOOK: Robredo, Vico Sotto, check Community Mart ops in Pasig
Año: Quarantine passes not needed in GCQ, movement restricted to essential travel
Follow @CCepedaINQ on Twitter
Don't miss out on the latest news and information.