Scorsese on Dylan, Netflix and beating back the blockbuster 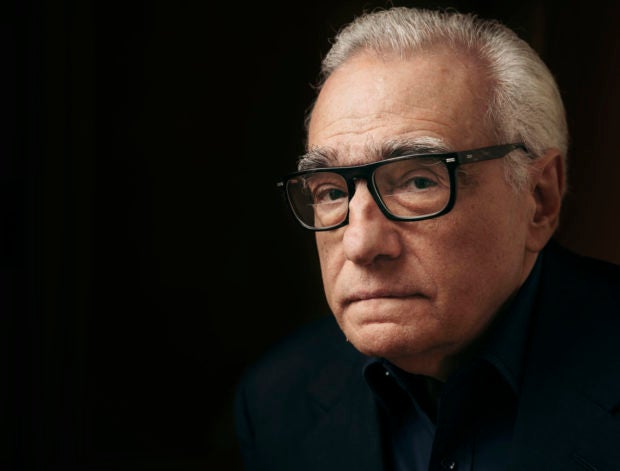 In this Dec. 9, 2016 file photo, producer and director Martin Scorsese poses for a portrait in New York. Scorsese’s latest film, “Rolling Thunder Revue: A Bob Dylan Story By Martin Scorsese”, is a blistering semi-fictional documentary that resurrects Dylan’s mythic 1975-1976 tour and its rambling cavalcade across a post-Vietnam America. The film, which opens Wednesday in limited theaters and on Netflix, includes restored performance footage, scenes of the backstage circus and interviews with many of the participants, including Dylan’s first on-camera interview in 10 years. Image: Invision/Victoria Will via AP

A recent multiplex marquee is haunting Martin Scorsese. Twelve screens and 11 of them were showing one movie: “Avengers: Endgame”.

“Now, that’s not fair,” Scorsese says. “We have to fight back at this practice of overwhelming the market with the blockbuster. The — how should I put it? — the regular film, that’s being edged out. It’s got to go someplace. It has to go someplace because you know why? There are people that are going to continue to make them.”

Scorsese, 76, is still making them, though there’s little “regular” about his latest film. “Rolling Thunder Revue: A Bob Dylan Story By Martin Scorsese” is a blistering semi-fictional documentary that chronicles Dylan’s mythic 1975-1976 rambling cavalcade across a post-Vietnam America. Scorsese has also inserted fictional characters to amplify the folklore and embrace Dylan’s own trickery; “Rolling Thunder Revue” merrily prints the legend.

The film, which premieres Wednesday on Netflix and in select theaters, includes restored performance footage from the tour, scenes of the backstage circus (much of which was shot for the Dylan-directed, Sam Shepard-scripted four-hour 1978 film “Renaldo and Clara”) and contemporary interviews with many of the participants, including Joan Baez and, in his first on-camera interview in a decade, Dylan.

It can feel like eons ago. Dylan himself says Rolling Thunder happened so long ago “I wasn’t even born.” But for Scorsese, the movie is largely about what remains from that freewheeling extravaganza, when Dylan drove a Winnebago-led caravan of musicians, artists and poets (among them Allen Ginsberg, Ramblin’ Jack Elliott, Joni Mitchell, Bob Neuwirth) on a nationwide storm. In white face and with blazing eyes, Dylan unleashed ferocious performances of “A Hard Rain’s A-Gonna Fall”, ”Isis”, Hurricane” and “When I Paint My Masterpiece”.

What’s left of that musical moment? “Ashes” Dylan resolutely states in the film. Ginsberg, in a speech at the tour’s conclusion captured on camera by Dylan, provides a counterpoint that Scorsese favors. The poet implores all to “take from us some example” and “go out and make it for your own eternity.” Scorsese was so moved by Ginsberg’s words that he used them last year in his commencement address at his daughter’s high-school graduation.

“What we were going for was to say: What survives from these ashes?” Scorsese told The Associated Press in a phone interview. “That spirit has to be remembered and it has to be re-experienced, especially in the climate of today around the world. It’s not enough to say the world changes and it doesn’t mean anything. It has a timelessness.”

What lasts culturally has lately been much on Scorsese’s mind. The cinema he grew up with and which he makes, he has said , is gone, a victim of today’s screen-hogging blockbuster dominance. Scorsese had to work tirelessly to get his last film, the impassioned religious epic “Silence” made. It’s been a decade, he notes, since a major studio financed one of his films. (Paramount picked up “Silence” for distribution.)

“I’m looking at this and I say: Wait a minute. What if I had another 20 years or something, where would I be getting the financing? It’s not going to be the studios. They need the blockbuster. I don’t do those,” says Scorsese. “There’s only so much time in your life. I need to make these movies. I just need to. So where do I go?”

“Rolling Thunder” is Scorsese’s first movie with Netflix, which will this fall also release his much-anticipated, big-budget mafia epic “The Irishman”. Netflix was the only one willing to bankroll the $125 million film (the cost has since gone up), about the reflections of a former Jimmy Hoffa associate and hitman.

“No one else did. No one else did,” says Scorsese. “We decided to make it with the understanding that it’ll maybe never be shown in theaters. They said, ‘You would have a time in theaters’ — a few weeks or whatever. I said fine. The idea was to make the movie, you see.”

“It has a lot to do with the vantage point of being 76 years old, for myself, De Niro, Pacino, Pesci,” he continues. “It was something that had to be made. How we got it made, if I had to draw the pictures and show them on the street corner, I would have done that.”

Since 1974’s “Italianamerican”, his portrait of his parents, Scorsese has often toggled between fiction and documentary films. “I hope one informs the other,” he says. He considers the music films as important as the narrative ones. Those began, of course, with 1978’s “The Last Waltz,” the concert-film classic about The Band’s farewell. Dylan appeared in that, and Scorsese’s more straightforward Dylan doc, 2005’s “No Direction Home”.

Though Scorsese knew Dylan a little around the time of “The Last Waltz”, he didn’t meet with the singer for either “No Direction Home” or “Rolling Thunder Revue”. Both productions came through Dylan’s team, who conducted the interviews seen in “Rolling Thunder”. (A 14-CD box set of live recordings from the ’75 tour has also been released simultaneously.)

Dylan’s longtime manager, Jeff Rosen, first approached Scorsese with some of the tour’s footage just after “No Direction Home”. The director instantly responded to the power of the images and agreed to do it. “It’s like the pied piper,” he says. “I follow the musician, the poet.”

Yet though Scorsese and Dylan are contemporaries who started out in ’60s New York, they’ve often been like ships passing in the night.

“I was not a hippie. I liked the idea. I was at NYU at the time or Washington Square College in 1961. I’d go to the building on Greene Street. Across the street there was this place called Gerde’s Folk City and this guy named Bob Dylan was performing there. I’d walk right by. I didn’t go in there. We were making movies.”

At the time of the Rolling Thunder Revue, Scorsese was making “Taxi Driver”, which, like Dylan’s caravan, channeled post-’60s disillusionment. Dylan says in the film it was when people lost conviction in everything. Rolling Thunder was in part about, in that vacuum, creating an artistic community outside of corporate interests and subverting audience expectations. The tour plotted a course away from the major-market arenas. It opened in Plymouth, Massachusetts. Shepard called it “some kind of medicine” for the country.

Scorsese believes that spirit holds lessons for audiences today that have likewise been conditioned to the commercialization of an art form.

Anyone who does see “Rolling Thunder Revue”, whether they lived through it or not, will likely have their mind blown. We see Ginsberg reading poetry in a mahjong club, Dylan in a slicker at Niagara Falls, Joni Mitchell trying out a new song (“Coyote”). Dylan and the band, including Mick Ronson and the mysterious violinist Scarlett Rivera, performed in painted faces or masks. And you can tell from the electric, impassioned performances, that amid the carnival, Dylan was deadly serious.

“He may not be aware of the beauty, the inspiration,” the director says of Dylan. “The words, the music, the performance, the thinking, the provocation — all of this has an impact on people. The ones who are able to hear it.” CC