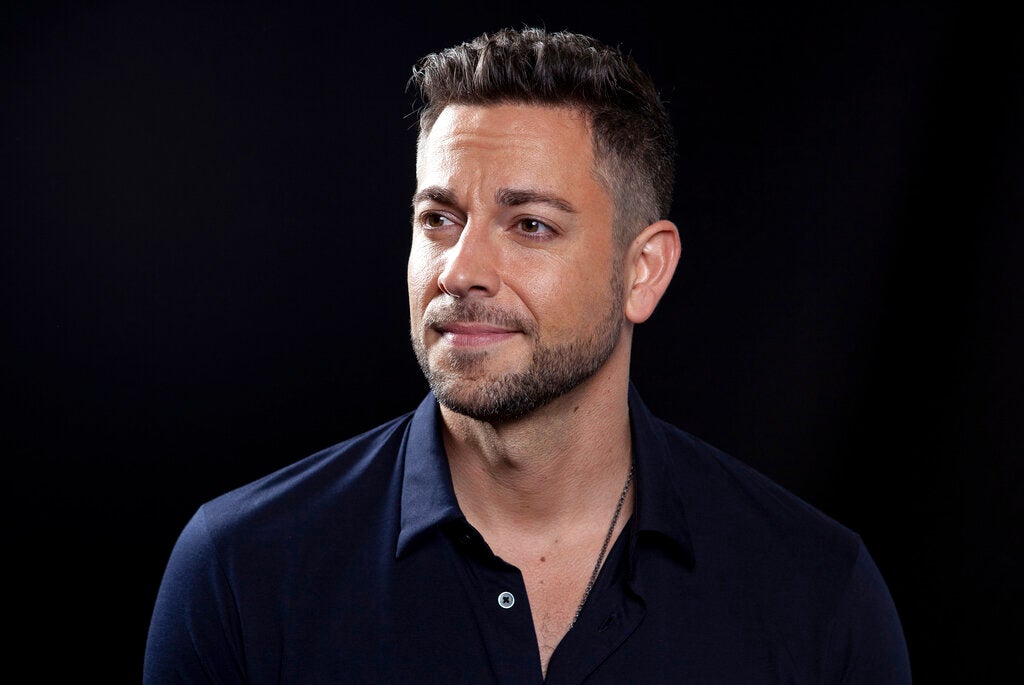 Zachary Levi said he’s hosted other shows before, but nothing as big as the gender-neutral MTV Movie & TV Awards which airs June 17. Image: Rebecca Cabage/Invision/AP

LOS ANGELES — Zachary Levi plays a bulletproof superhero in “Shazam!,” but the actor’s nerves of steel are being tested leading up to his hosting duties for the MTV Movie & TV Awards.

Levi knows those anxious feelings will be amplified when he first steps onstage to tape the ceremony Saturday night. But he believes showing what he called the “best version” of himself will ultimately put him at ease.

“This is the biggest thing I’ve ever hosted,” he said in an interview earlier this week. “There are some nerves starting to build a little. … But I want to encourage people and not take things too seriously. I want myself and everyone else to feel at ease and feel like they’re in their safe place.”

Levi said he’s hosted other shows before, but nothing as big as the gender-neutral MTV Movie & TV Awards, which airs June 17. He follows the footsteps of previous hosts including Tiffany Haddish, Dwayne “The Rock” Johnson, Amy Schumer and Kevin Hart.

This year, “Avengers: Endgame,” ”Game of Thrones” and “RBG” are the top nominees at the ceremony, which will be held in Santa Monica, California. The show will introduce new categories including reality royalty, most meme-able moment and best real-life hero.

“Endgame” will compete for best movie against “BlacKkKlansman,” ”Spider-Man: Into the Spider-Verse,” ”Us” and “To All the Boys I’ve Loved Before.” The Marvel superhero film also earned nods in the best fight category and for stars Robert Downey Jr. and Josh Brolin.

Singers Lizzo and Bazzi will hit the stage for musical performances.

Jada Pinkett Smith will be honored with the Trailblazer Award, which recognizes “game-changing creators with fresh and fearless voices in entertainment.” The actress will be presented with the award by Haddish, who was Pinkett Smith’s co-star in “Girls Trip.”

Johnson will receive the Generation Award for his contributions in television and film, and becoming a household name. Past recipients include Will Smith, Robert Downey Jr. and Reese Witherspoon.

Along with Levi’s hosting duties, he could come away with a golden popcorn statue or two: The actor is nominated for best hero and best comedic performance through his role as an adult superhero in “Shazam!”

Levi said the film created a bigger platform for his career. The actor said scriptwriting for the sequel has already begun and expects to start filming either in late spring or early summer next year.

“This awards show is an extension of what ‘Shazam!’ has brought me,” said Levi, whose breakthrough came in the NBC spy comedy “Chuck.” He’s also starred in the TV series “The Marvelous Mrs. Maisel” and appeared in the film “Thor: The Dark World.”

“It’s helped me jump into a higher caliber of hosting,” he said. “I love feeling joy and love bringing joy. With this show, I think that is the best approach.” NVG

‘Shazam!’ is fun, flippant and feel-good