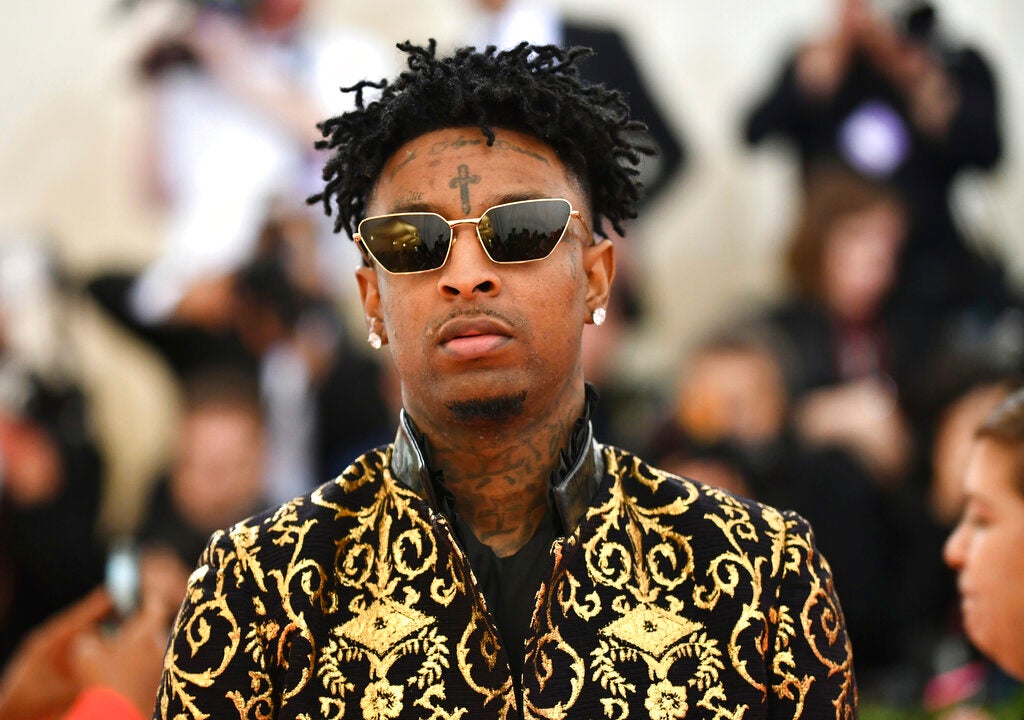 ATLANTA — Grammy-nominated rapper 21 Savage has given $25,000 to the Southern Poverty Law Center after the watchdog organization helped him while he was in federal immigration custody earlier this year.

The rapper, whose real name is She’yaa Bin Abraham-Joseph, was arrested Feb. 3 in what U.S. Immigration and Customs Enforcement has said was a targeted operation over his expired visa. Abraham-Joseph is a British citizen and moved to the U.S. when he was 7.

In a statement, immigration attorney Charles Kuck said that the Atlanta-based rapper wants to support the work the SPLC has done to give immigrants legal representation and fight what Kuck called ICE’s “oppressively adverse conditions of detention.”

The rapper spent 10 days at the Irwin County Detention Center before he was released on a $100,000 bond.