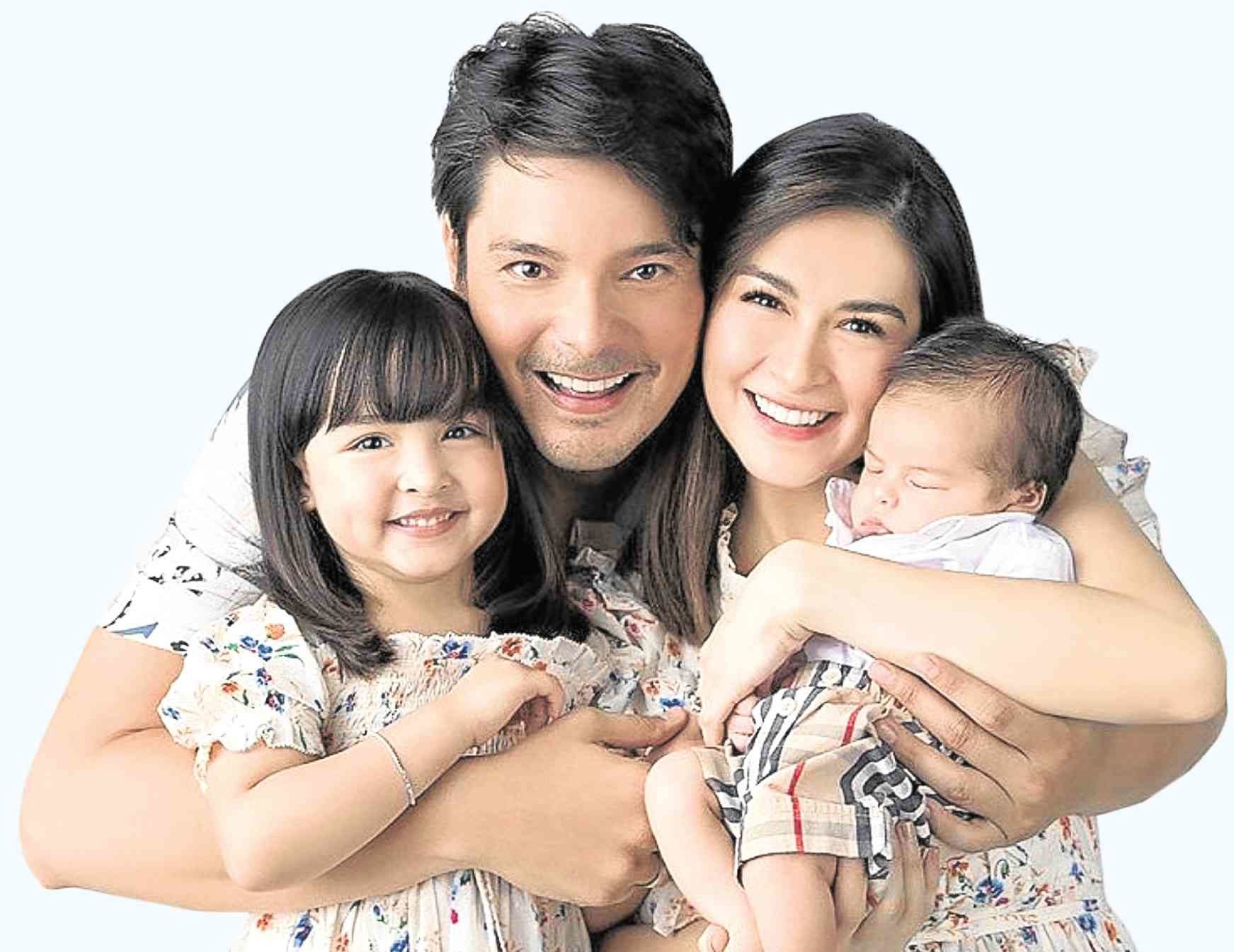 Dingdong Dantes with wife Marian and kids Zia and Ziggy

Being a father has definitely been life-changing for these seven actors.

Dingdong Dantes swears that being a dad to Maria Letizia (or Zia), 3, and Jose Sixto Dantes IV (or Ziggy), 1 month, “has heightened my sensibilities a hundredfold.”

The husband of actress Marian Rivera claimed that since he became a father, “all that I do, whether on-screen or off-screen, has a certain tag to it, saying: ‘One day, I hope that you will be proud of what I do.’”

“As parents, we may only be instrumental in showing them the doors, but how they enter would be completely up to them,” he pointed out. “Until that day, we will just make sure that they become better versions of us, in their own unique ways.”

Dingdong said that with his kids as inspiration, he would always “strive to create projects and programs that can make this world sustainable enough so that my family, and our community, can live comfortably.”

Dingdong is a former commissioner of the National Youth Commission (NYC), a government agency that addresses issues concerning the Filipino youth. Richard Gutierrez said that “as cliché as it may sound, fatherhood has changed me for the better in many ways.”

As the dad of Zion, 6, and Kai, 1, Richard pointed out that the idea that he is now “responsible for the lives of individuals other than my own” has made him more mature.

Richard said being a dad has given him greater acting depth: “One is able to tap into deeper emotions that he was never aware of before having kids.”

Richard, who has been an advocate of preserving the environment even before he had kids, said: “Having a child only heightened this desire to protect the future. I want my kids to be able to live in a more sustainable environment and experience coexisting with animals.” 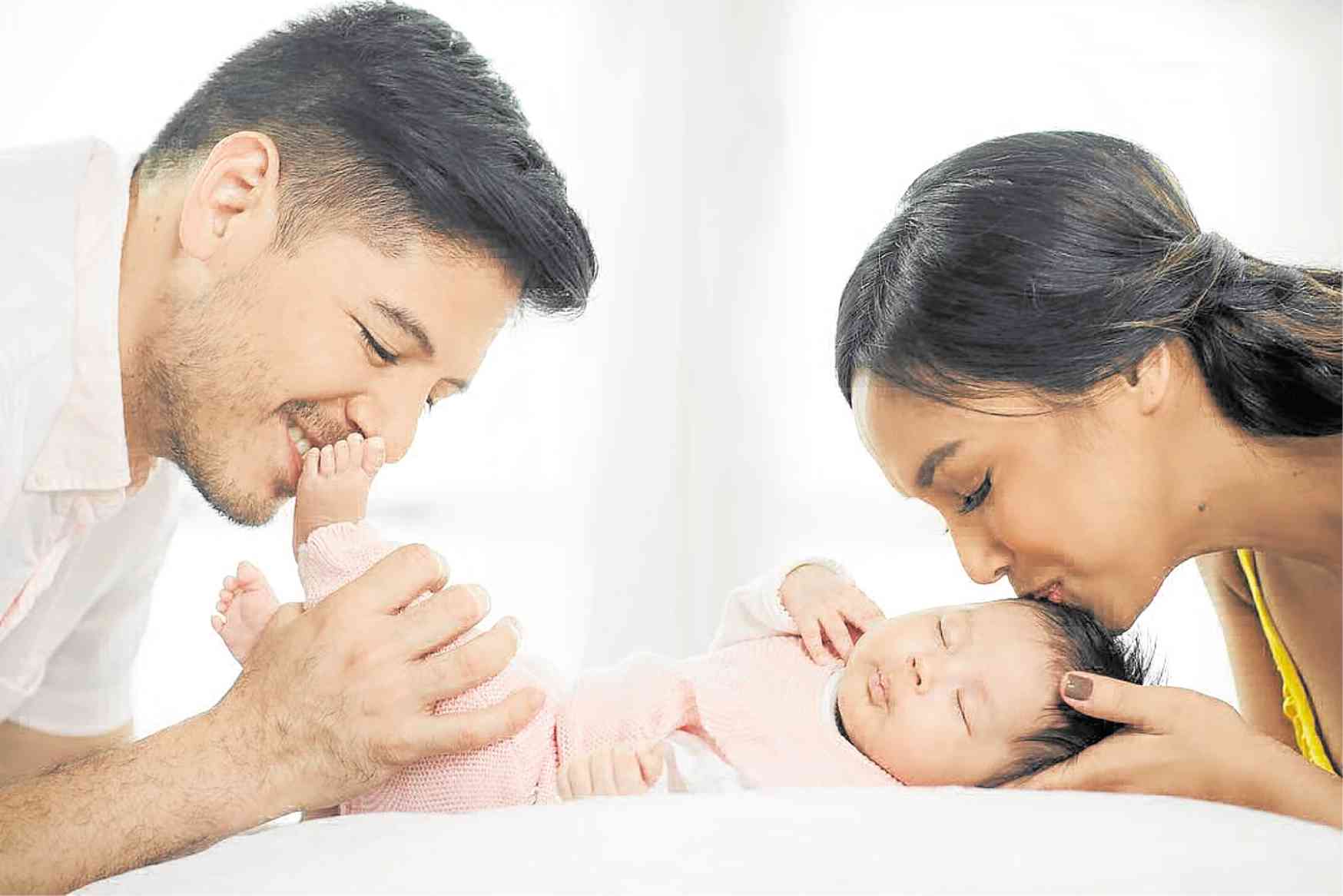 Since becoming a dad to 3-month-old Shiloh Jayne, Arthur Solinap said he would often find himself hurrying to go home to be with her.

Fatherhood has also given him “more passion and drive to go to work,” added the husband of dancer-actress Rochelle Pangilinan.

This has also made Arthur more serious about his craft. He said: “I want to improve as an actor so that I’d have more work. This will enable me to save up for my baby’s future.”

Arthur said that while he has always been conscious of issues, he is now more affected by the news, “especially when it’s bad news, because I now think of Shiloh’s future. I’m now thinking of how I can help by volunteering and joining organizations.” 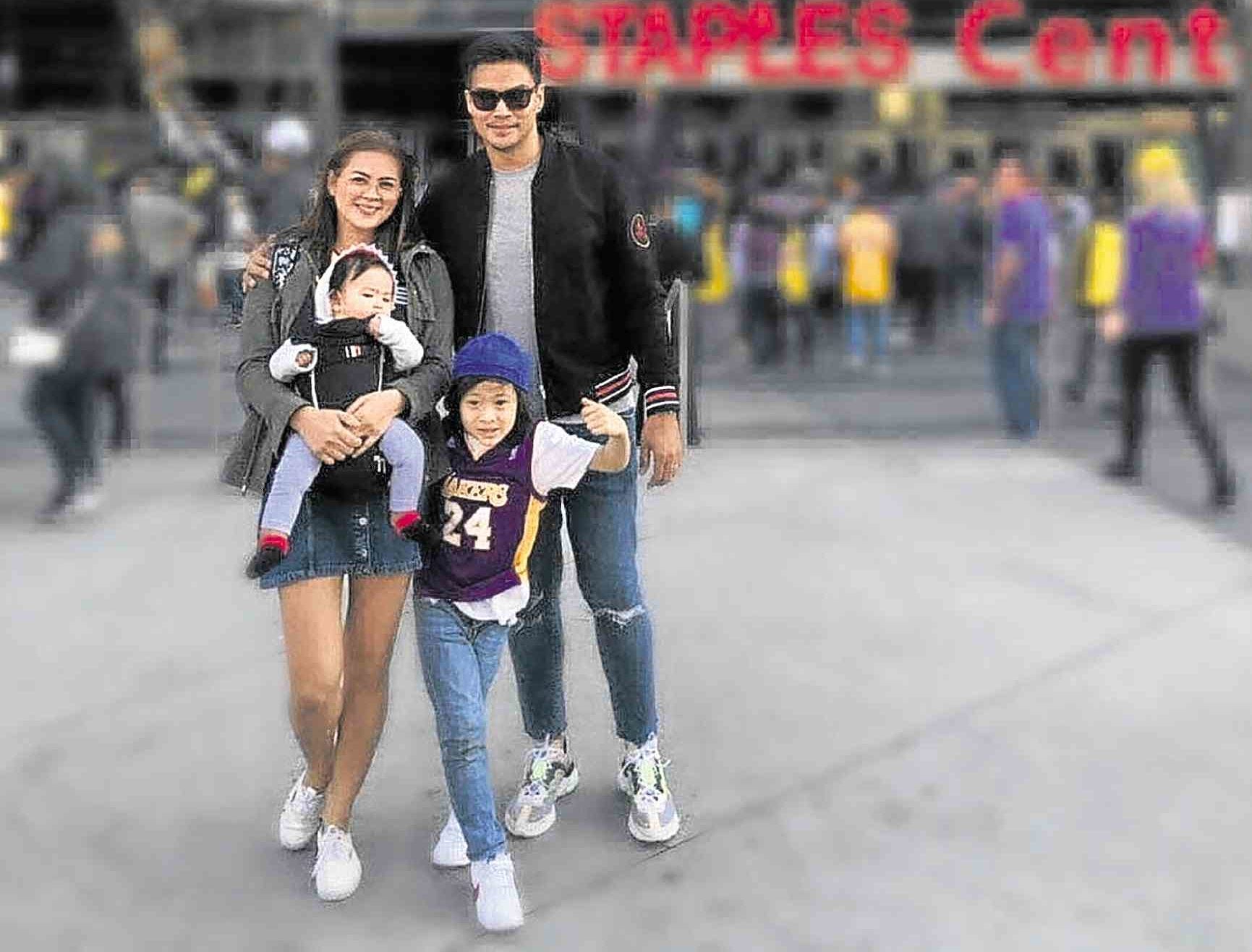 “My artistry is incredibly important, and I work hard for what I love doing,” stressed the hubby of beauty-queen-turned-actress Precious Lara Quigaman. “But that only comes when I put my sons’ needs before my work.”
For a dad, it is important to have “a great support system,” stressed Marco, be it from this industry or from the church that he belongs to. “My friends, they fully understand, especially since a lot of them are also dads,” he pointed out. “Being a father has made me more aware of my surroundings, in terms of what kind of world I want my children to grow up in.” 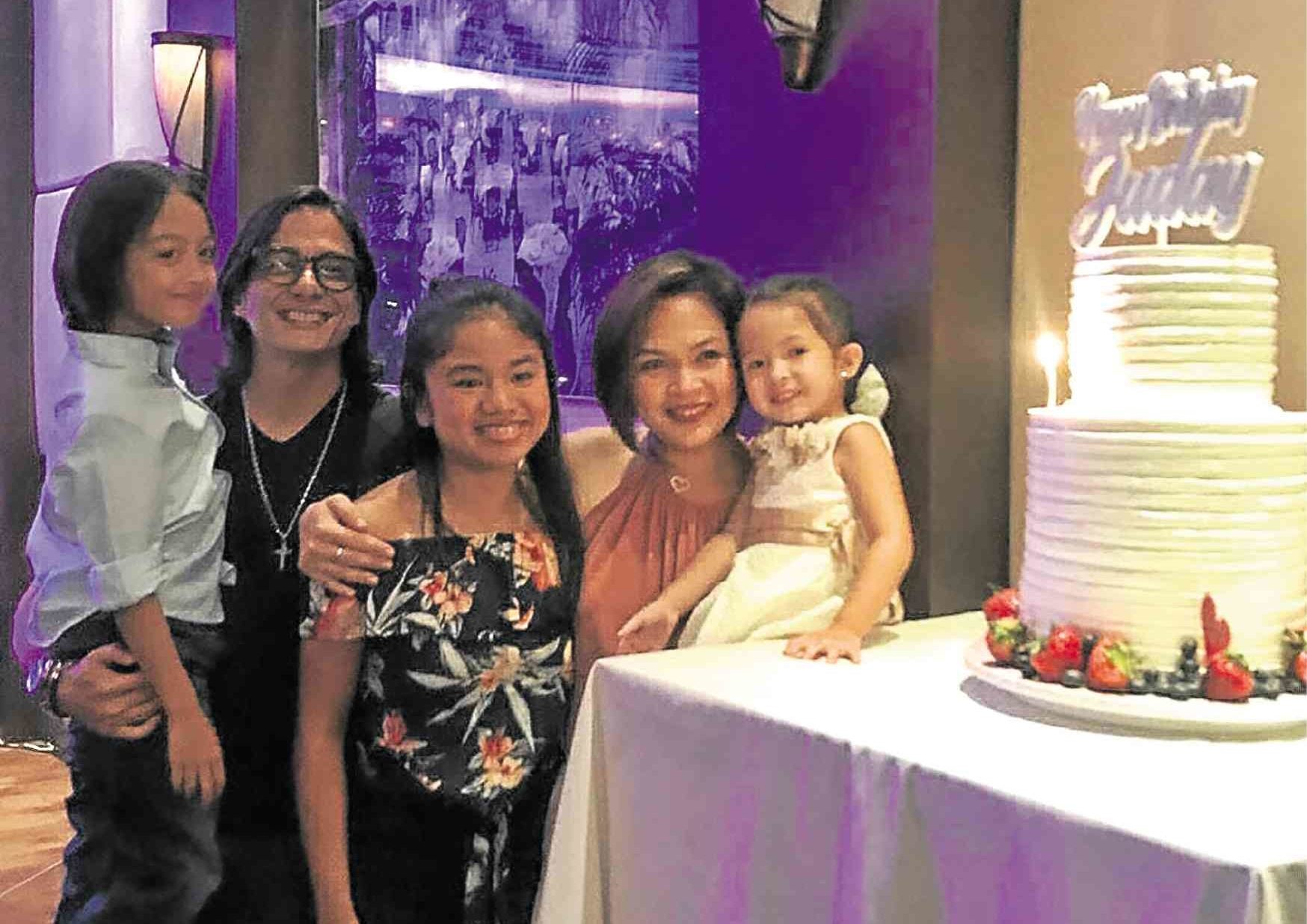 TV host-actor Ryan Agoncillo gave an interesting response when asked whether or not being a dad has made him more conscious of what’s happening around him.

The dad of Juan Luis (or Lucio), 8, and Juana Luisa (or Luna), 3, cited a quote from a television commercial that he first saw when he was still young. It goes: “Sa mata ng bata, ang mali ay nagiging tama, kapag ito’y ginagawa ng mas matanda.” (In the eyes of a child, what is wrong becomes right, especially if he sees it being committed by a grownup.)

“I would always remind myself of this saying whenever I prepare in the morning for my daily duties,” said Ryan, who is a host of the noontime show “Eat… Bulaga!” Ryan and wife, actress Judy Ann Santos, also has an adopted daughter—Johanna Louis (or Yohan), 14.

For Victor Neri, “fatherhood has made me more aware and involved as an artist and as a citizen.”

The dad of Vitto, 18, and Ramon, 5, said that he naturally took a special interest in their safety. 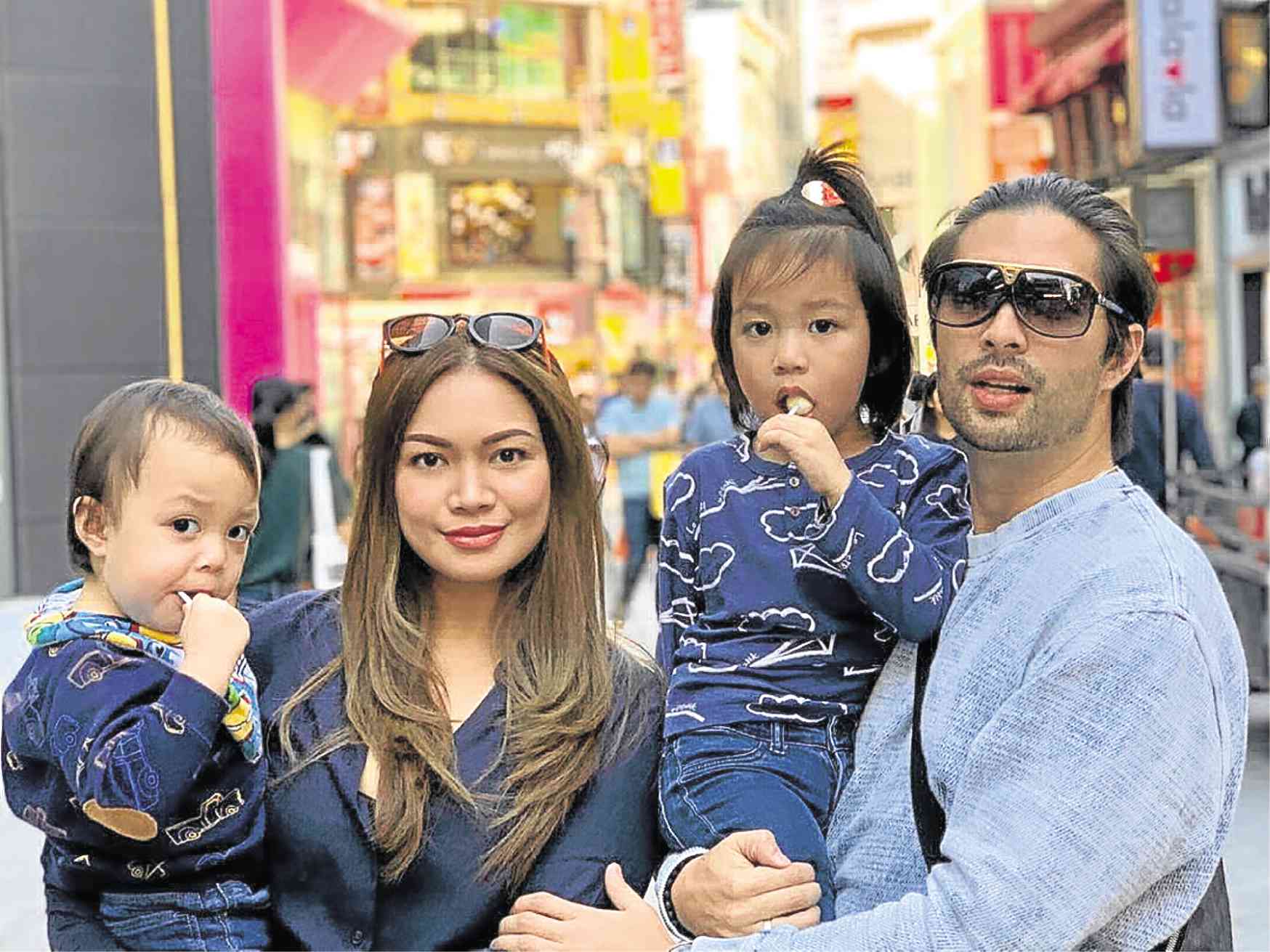 For Joross Gamboa, being a dad “has made me selfless and has given me a bigger purpose in life.”

“I gained more wisdom that I am able to use and relate to at work,” said the dad of Jace Kyler, 3, and John Kody, 2. “My family is my inspiration. They are the ones who give me that extra drive I need.”

Joross further shared with the Inquirer some house rules: “I am very particular with being extra clean, like no shoes in the house. I always make sure that we wash our hands as soon as we get home, to shower before going to bed, and clean our phones with alcohol every night.”

He also said that he and his wife, Kathy Kimberly Saga, have always been careful with the way they behave in front of their kids. “As much as possible, when we have disagreements we make sure there is no screaming or cursing,” Joross said.

They’re careful with the stuff they watch on TV, too, the actor said. “We limit our time for using gadgets,” he added. “We always make sure we give the kids good childhood memories. We play, dance and sing with them. We also travel, and spend as much time as possible with them.”

What Joross said at the end of the interview just about summed up what the six other daddies also wanted to point out.
He declared: “I am by no means a perfect father, but I strive to be the best one I can be for my children.”