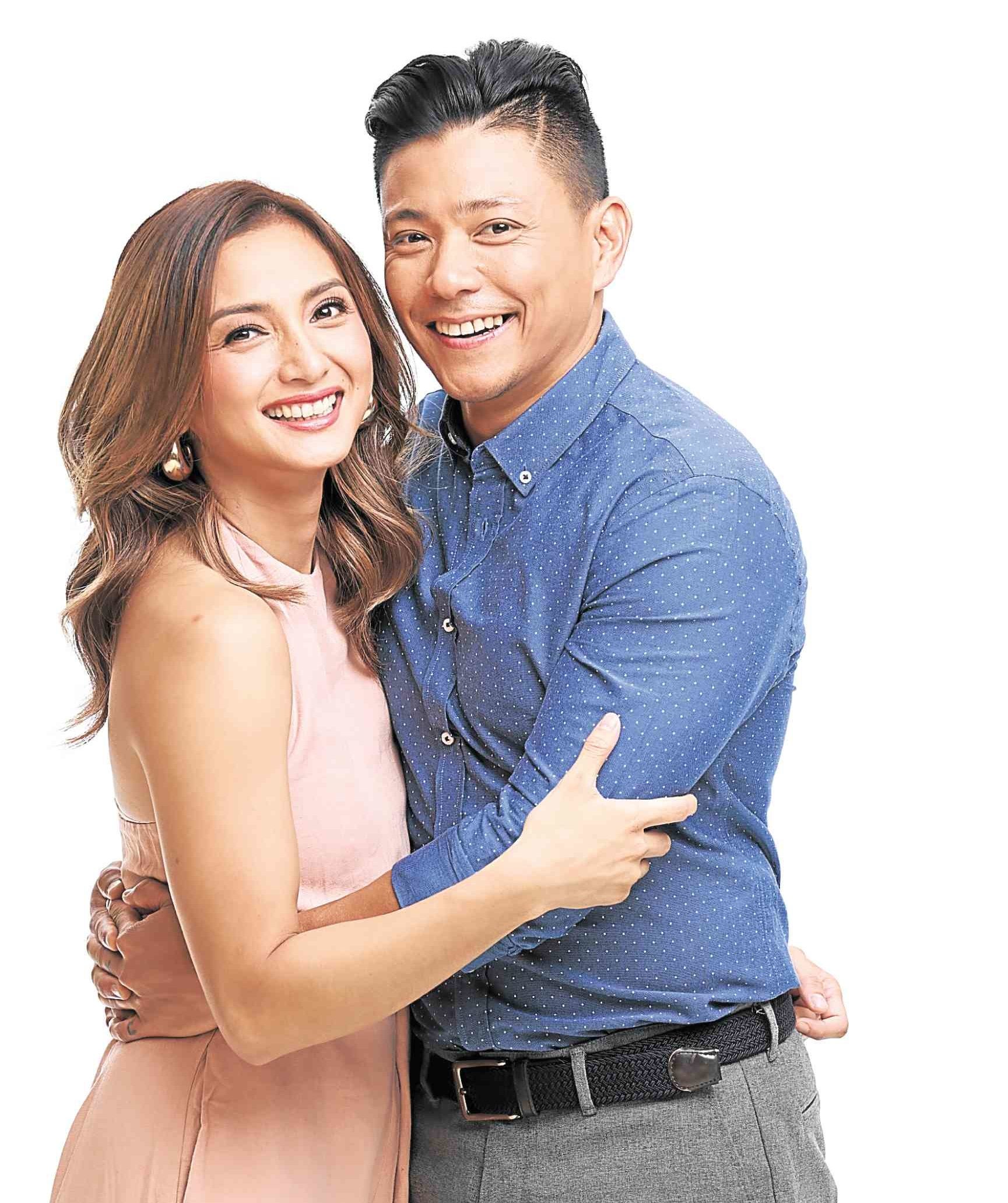 While she’s happy that her sons’ cute photos in social media have become a source of good vibes for her followers, Iya Villania feels that her children are still entitled to their privacy when the family is out and about.

“We want to spread happiness and good vibes … But I think some people become so giddy when they see them that they don’t realize, sometimes, they’re forgetting about personal space,” she said, echoing an earlier tweet made by her husband, Drew Arellano, about maintaining respect when taking photos of their children in public.

“I think Drew just wanted to put it out there and to remind them that he knows they’re amused by our kids. But when we’re out as a family, the kids should be able to enjoy their own time,” Iya told reporters at a recent press conference for the ongoing fifth season of San Miguel Pure Foods’ “Home Foodie,” which airs weekday mornings on GMA 7.

Iya is typically accommodating and doesn’t mind people ogling at Primo, 2, and Leon, 10 months. But she draws the line when they get too close to the boys or go overboard.

“If I feel like they’re taking so much of Primo’s space and can’t move freely, that’s when
I step in and say something. There’s a nice way of doing this; you don’t have to be rude. But I’m OK as long as they
just let him do his own thing,” she said.

The 32-year-old Kapuso talent mostly does hosting jobs these days. She loves acting, too, she said, but as a mother of two, Iya believes that hosting is a more practical choice.

“Considering where I am in life right now, I feel like hosting shows is healthier, suitable and doable for me,” Iya pointed out. “I’m not required to pull all-nighters. I can always be there with my kids, do things and go somewhere fun with them. I can also take care of the chores and go to the gym.”

And doing “Home Foodie,” which she cohosts with Drew, has introduced her and Primo to a new bonding activity: baking.

“He does enjoy being with me in the kitchen and seeing the process. Sometimes, Primo would pull me to the kitchen and ask if we could bake something. And I would be like, ‘Eat what we made yesterday, first!’” related Iya, who credits the show for teaching her how to whip up easy-to-prepare dishes.

“We don’t always have the time, but we try to cook as much as possible,” added Iya, who also makes sure that she gets enough exercise every day to make sure she has enough energy for her children.

“That’s my ‘me time.’ Working out is good for me mentally—it keeps me sane. Being fit does help. Because if you don’t have the strength or endurance, you won’t be able to maximize your time with your children. You will get tired.”

Iya still gets acting offers every so often, but she has become more selective—lighthearted genres are more preferable. Believe it or not, Iya said, she usually ends up turning down lead roles.

“If I do an acting project, it would have to be something I like—not something heavy or too emotional. I don’t want to bring that home. That can be tiring,” she said.

Reflecting on how her life and career have turned out thus far, the television host-actress concedes that she’s “no Jennylyn Mercado or Marian Rivera,” but she’s perfectly happy with her place in the industry right now.

“I love exactly where I am right now … the work that I have, the time I have for myself, my children and Drew. I’m content. I even consider myself lucky, that I’m able to do a little bit of everything,” said Iya, who no longer has lofty show biz dreams.

“I know where I should be. And I guess I just know where my heart is,” she added.