Missy Elliott, in tears, gets inducted into Songwriters Hall 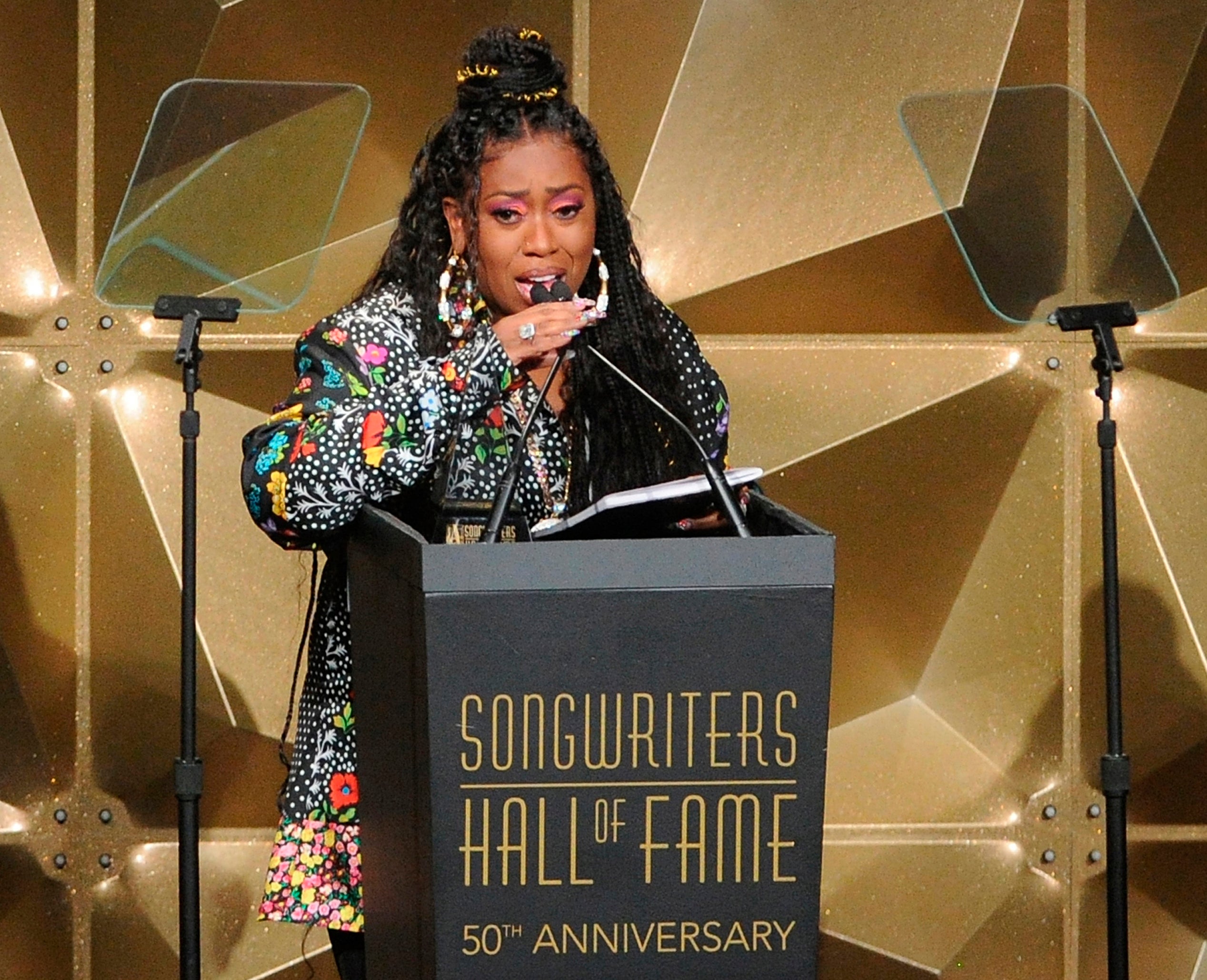 NEW YORK — Missy Elliott, the creative mastermind who has written hit songs for a number of female acts and created camaraderie among women in the music industry for more than two decades, felt the love back from her musical sisters as she became the first female rapper inducted into the Songwriters Hall of Fame.

During a performance, breakthrough singer-rapper Lizzo brought Elliott’s colorful and eccentric music videos to life in an ensemble similar to what Elliott sported in the late ’90s – the finger wave hairdo included. Da Brat, fiery as ever, joined Lizzo onstage for “Sock It 2 Me” in New York on Thursday night.

Queen Latifah, a Grammy, Emmy and Golden Globe winner, inducted Elliott with kind words as she paid homage to their long-lasting friendship. And even former first lady Michelle Obama took her turn to say how much of a Missy Elliott fan she is.

“Missy, I want to thank you for all of your trailblazing ways,” Obama said in a taped video that aired during the event. “Thank you not for just sharing your gift with the world, but for being an advocate for so many people out there, especially young girls who are still figuring out how to make their voices heard.”

It all brought Elliott to tears: Near the end of her 10-minute speech, the Grammy winner broke down after telling funny and deep stories about how her creative mind worked as a child.

“I am thankful,” she said, pausing for a few seconds.

“Every time I come up to a podium … even with all the work that I’ve done, I don’t know, and I’m assuming it’s just God, I don’t know why I am here,” she said with tears in her eyes as the audience erupted with cheers and applause. “I want to say one thing to the writers, to the upcoming writers, ‘Do not give up.’ We all go through writer’s block. Sometimes you just have to walk away from a record and come back to it. But don’t give up because I’m standing here. And this is big for hip-hop, too.”

Elliott is just the third rapper to enter into the Songwriters Hall, following Jay-Z and Jermaine Dupri’s inductions in 2017 and 2018, respectively. While she’s written her own hit songs – from “Get Ur Freak On” to “Work It” to “Lose Control” – Elliott has also lent her writing skills to others – specifically girl groups and pop and R&B soloists, including the late icon Aaliyah, Beyoncé, Whitney Houston, Monica, Mariah Carey, Janet Jackson, Mary J. Blige, Ariana Grande, Destiny’s Child, Fantasia, Jazmine Sullivan, SWV, Total, 702, Mya, Tweet, and others.

“I love songwriting. I love to paint myself into a corner and have to write my way out of it,” said Prine, who performed onstage with Bonnie Raitt. “And when I co-write I always try to pick out a really good restaurant, so if things ain’t happening in the first 30 minutes, just go: ‘Hey man, let’s go get some lunch.'”

Cat Stevens, who converted to Islam and now goes by Yusuf/Cat Stevens, said as his life took several journeys, so did his songwriting.

“My first search was for wealth and success but then I was dragged underground after the first battle with fame and the demands of the music business. I was hospitalized with a thing called TB, but that was a great opening for me, a great chance, and that’s when my real journey started,” he said. “And that journey was to do a search for meaning, so that kind of defined, I think, my main contribution to being a songwriter.”

Songwriters are eligible for induction after writing hit songs for at least 20 years. Other inductees were Jack Tempchin, who co-wrote songs for the Eagles and Glenn Frey’s solo albums; Dallas Austin, the songwriter behind radio hits for TLC, Monica, Pink, Boyz II Men and Madonna; and Tom T. Hall, who Johnny Cash called his “all-time favorite songwriter.” Hall didn’t attend the 50th annual induction ceremony but taped an acceptance speech.

Sara Bareilles, who was honored at last year’s ceremony, stole the show Thursday when she beautifully sang her hit “Brave.” She was on piano while Jack Antonoff, the song’s co-writer, assisted on guitar. They gave Martin Bandier, who stepped down as CEO and chairman of Sony/ATV Music Publishing this year, the Visionary Leadership Award.

Justin Timberlake received the Contemporary Icon Award and closed the multi-hour event with a performance, singing “New York, New York” and then going into his own hits that he had a hand in writing, including “My Love” and “Cry Me a River.” /kga