3-year probation for Farruko in case of undeclared $52K 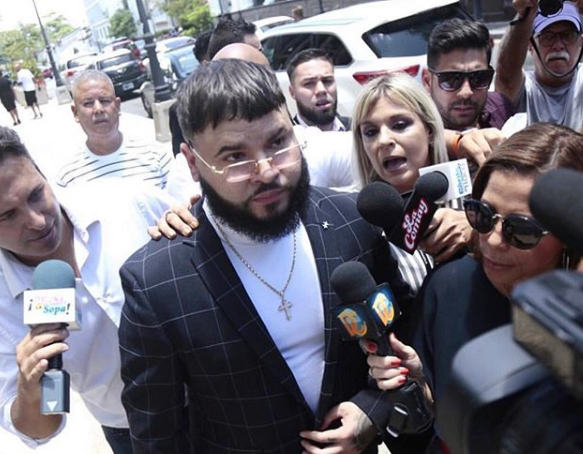 A judge on Thursday ordered three years’ probation for Puerto Rican singer Farruko after he pleaded guilty to not declaring nearly $52,000 in cash discovered in his luggage and shoes last year when he flew in to an airport in the U.S. territory.

The judge also ordered the seizure of $41,000 of that money.

Authorities detained the popular reggaeton and trap singer in March 2018 after he arrived by helicopter from the Dominican Republic. He was briefly placed under house arrest with an ankle monitor.

Farruko, whose real name is Carlos Efrén Reyes, had told reporters that he was singing in the Dominican Republic and forgot to report the money.

Federal authorities had asked for a 16-month prison sentence. CC