“Eto Na! Musikal nAPO,” a musical co-produced by Globe Live and 9Works Theatrical (9WT), added another feather to its illustrious cap as it went home as one of the biggest winners during the 11th Philstage Gawad Buhay Awards, the biggest local theater event of the year.

With music and lyrics from the triumphant trio of musical geniuses Danny Javier, Boboy Garovillo and Jim Paredes of the famed APO Hiking Society, “Eto na! Musikal nAPO!” centers on the story of seven friends who joined a songwriting and singing contest for college students. Set during the dark period of Martial Law, the friends were beset with the challenge of who will compose and arrange that perfect song for the competition, while they struggled with problems in their personal lives.

The musical comedy, which recently ended its extended second run at the Maybank Performing Arts Theater in Taguig City, received rave reviews as it wowed its audiences with an assortment of emotions from rom-com to nostalgia during its performances, 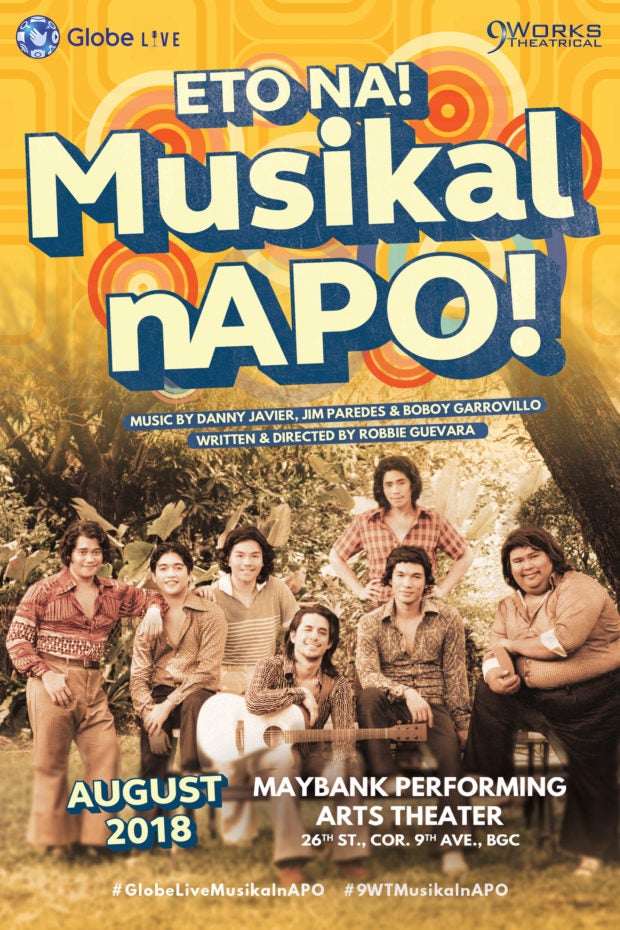