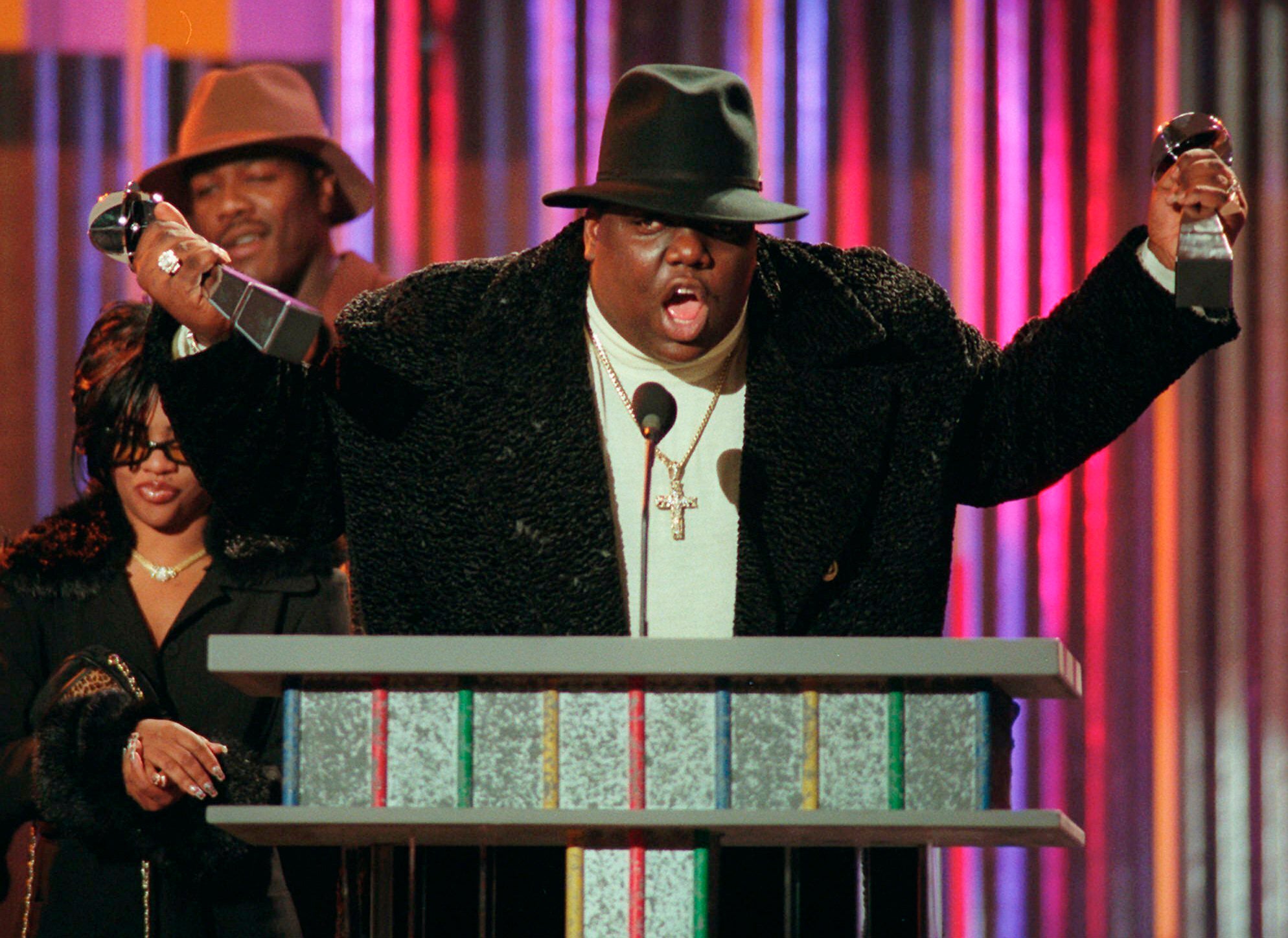 The Notorious B.I.G., who won rap artist and rap single of the year in 1995, clutches his awards at the podium during the annual Billboard Music Awards in New York. Image: AP/Mark Lennihan

A New York City street has been named after rapper Notorious B.I.G.

Community members and elected officials gathered in a downpour on June 10, Monday, at the intersection of St. James Place and Fulton Street.

Rapper Lil’ Kim, embracing the event’s themes of social justice and making a difference exclaimed, “We did it, Brooklyn!”

B.I.G., who was born Christopher Wallace, was shot to death in Los Angeles in 1997.

He detailed street life in Brooklyn in songs and on albums that dominated the pop charts.

Voletta Wallace recalled telling a friend amid her heartbreak, “My son was well loved.”