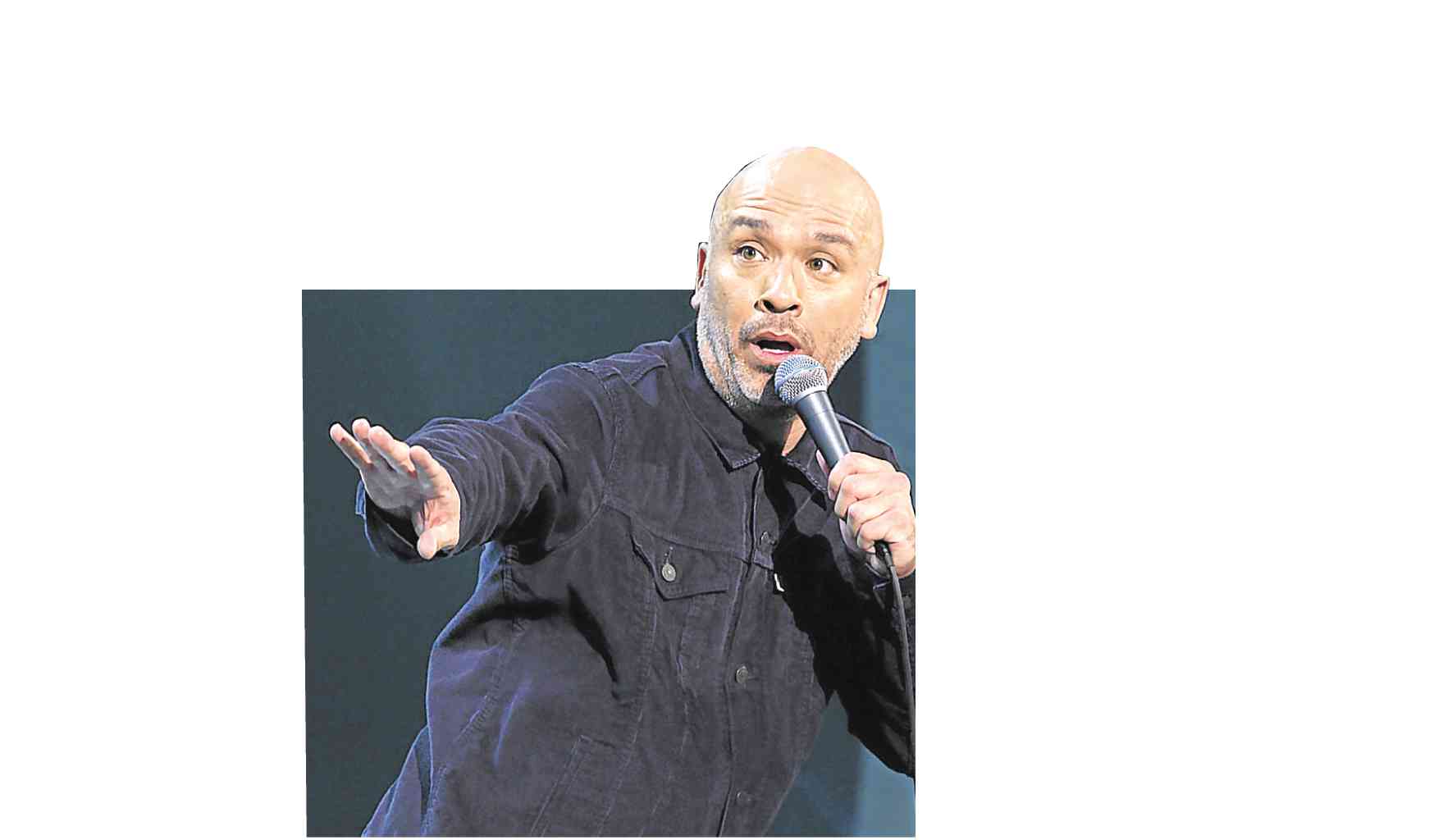 The New York Times says it’s less risky to watch Fil-Am stand-up comic and “equal-opportunity mortifier” Jo Koy than seeing him in person. But basking in his compelling unpredictability is what keeps him compulsively watchable—he’s as irreverent as he is brilliant.

True enough, the 48-year-old performer’s comedy sets and shows teach his audience a valuable lesson in self-deprecation: You can’t take everything in life too seriously. More importantly, you have to learn to laugh at yourself and roll with the punches. So, be forewarned when he sees you, because you could be Jo’s next “target”—and, trust us, that isn’t such a bad thing!

Jo’s comedy special “Comin’ In Hot,” which is helmed by Shannon Hartman and premieres on Netflix tomorrow, is among the 10 best shows in June recommended for must-see viewing by the Times.

The coveted list includes the eagerly anticipated Season 5 of “Black Mirror,” Season 3 of “Jessica Jones,” Season 2 of “Big Little Lies,” Season 3 of “The Handmaid’s Tale” and the premiere telecast of the provocative teen drama series “Euphoria.”

“You’ve got to get some thick skin,” Jo told us during our recent phone interview with him when we asked him how his 16-year-old son Joe has been taking his small penis jokes. But his teenage boy, he says, has been nothing but supportive of his comedic endeavors: “Make sure you include that joke in your repertoire, because it’s really funny,” Joe told his father. 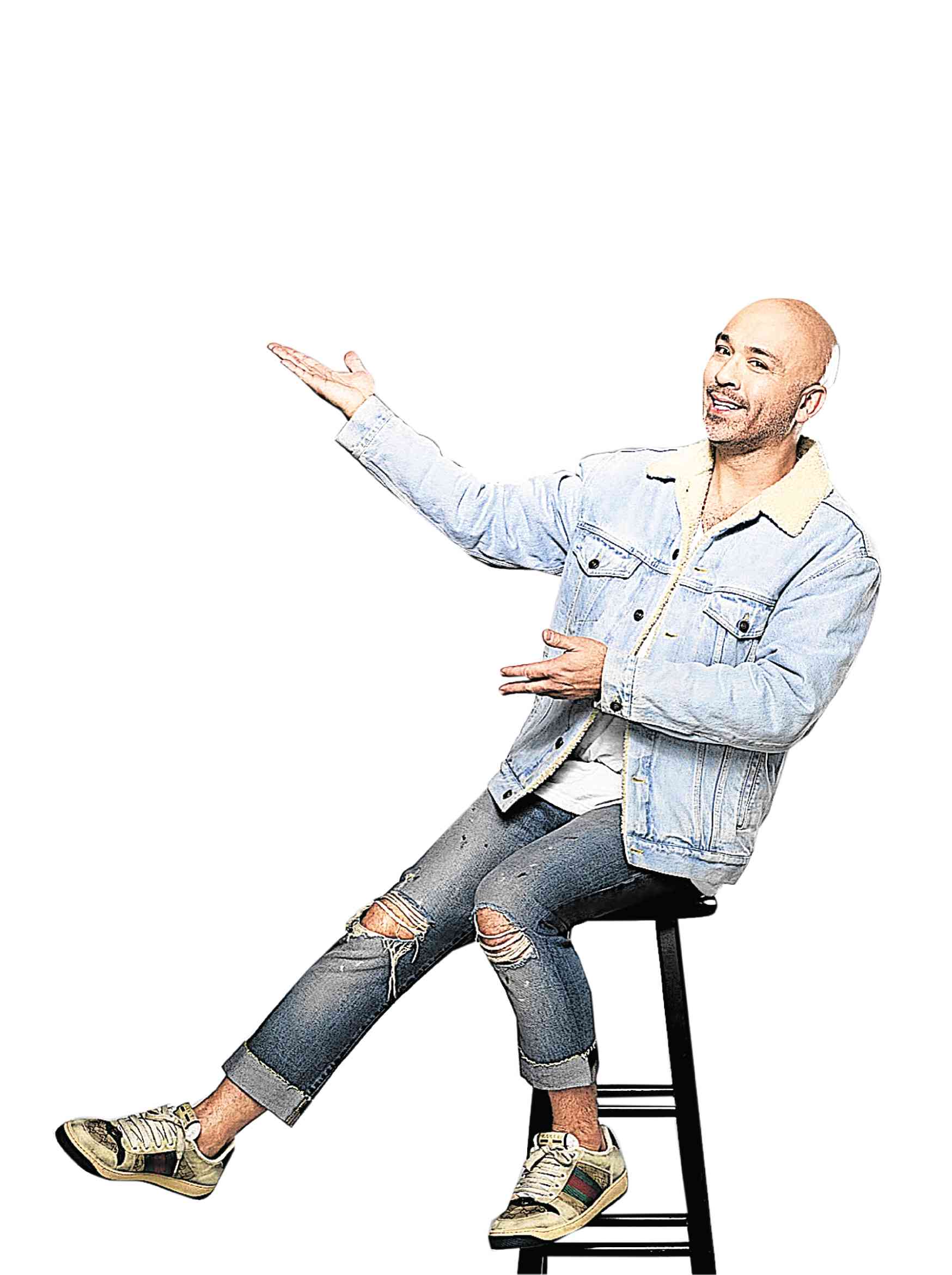 When he isn’t treating his audience to good, old ribbing, it isn’t all that hard for Jo to find something funny about anything he pokes fun at. Of course he is at his funniest when he talks about issues he can identify with, like the omnipresence of rice in Asian meals or the Pinoy blood running through his veins.

His themes may be universal—

from filter-free fatherhood to racial idiosyncrasies—but many of them are anchored on his experiences as a Filipino growing up in an American household.

Even Jo’s skillset has a predominantly Pinoy scope and sensibility, which are most apparent when he needs to “sell” his gags by singing a la Michael Jackson or dancing like the Jabbawockeez. You can’t get any more Filipino than that!

His jokes are most effective when he mines his “Filipino mom” jokes with personal anecdotes about his own mother—from the way she raised him using Vicks VapoRub, to school baon that included monggo and patis.

For people who are too onion-skinned about Jo’s “cultural” references, he says, “Stereotypes are funny for a reason—[they’re funny] because they’re true! So, stop being too sensitive. Go f*ck yourself (laughs)!”

As for those small penis jokes, Jo advises men who “aren’t too gifted” to maintain good credit. “Good credit makes your small dick bigger,” he stresses. “Then, watch what a woman does to your ego. Appreciate what you have. Does size matter? No. Just see how far good credit will get you.”

One hour may be a little short for something as entertaining as Jo’s set, but at least it’ll leave you wanting more. Watch his show and see how “he comes in hot.”

Read Next
Lily Collins recalls televiewing habits
EDITORS' PICK
Digital hunt for Hyun Bin: 5 challenges for Smartees
Motostrada expands by handing over ‘Trident’ and adding new ‘Horseman’ to its growing business
WHO: Indoor airborne spread of coronavirus possible
House panel set to meet for possible decision on ABS-CBN franchise bid
No arrests to be made on 1st day of allowed pillion riding for couples — HPG
Water remains our saving grace right now
MOST READ
‘I will always speak up for you’: Server on defending Fil-Am family from racist rant
‘Nouveau’: Agot Isidro hits Jinkee Pacquaio’s show of luxury Hermes, Louis Vuitton bikes
Bela Padilla on being tagged a Diehard Duterte Supporter: ‘Nope, not at all’
Solon withdraws support for ABS-CBN franchise renewal
Don't miss out on the latest news and information.