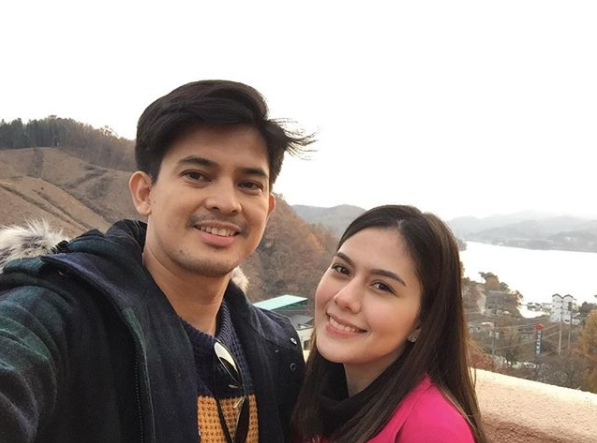 Actor Jason Abalos explained the reason why girlfriend Vickie Rushton got distracted in the question-and-answer portion during the coronation night of Binibining Pilipinas 2019 on June 9.

This is Rushton’s second stint in the pageant and was first runner-up in 2018. Despite winning some special awards from pageant sponsors, she did not place in this year’s contest.

Abalos said Rushton was prepared for the pageant, but added that what she was not prepared for was the fans of other candidates. He said Rushton notices everything, down to the smallest detail, and said the fans of other candidates made noise when she went on stage to answer Daniel Padilla’s question, “Why is mental health as important as physical health?”

Rushton stuttered a few times and was not able to answer the question directly, saying: “Mental health is as important as physical health because it is because of our inner being. Having self-love is important and as a woman… As a woman, I can inspire and empower the people to take care of themselves, to take care of their mind as well as their health because they are, they will be as effective…”

(She really prepared for this. What she was not prepared for was the fans of other candidates who made noise when she was answering during the question-and-answer portion. I cannot blame them; if I was supporting someone else while another was bagging awards, I would also feel threatened.)

Rushton admitted she felt dismayed by her performance in Binibining Pilipinas 2019, as per a backstage interview with the Philippines’ Ultimate Showbiz Hub on June 9. She said someone from the audience distracted her during the question-and-answer portion by standing up and making a face toward her.

Abalos added that the pageant is now over and the candidates are happy with their experience. He also called on to others to learn to be respectful and not be arrogant.

(It’s over, guys, that’s ok. All the candidates are happy with the experience they had. They learned a lot, so let us also learn to respect other people. If you think you are better, then do not be arrogant about it.) JB