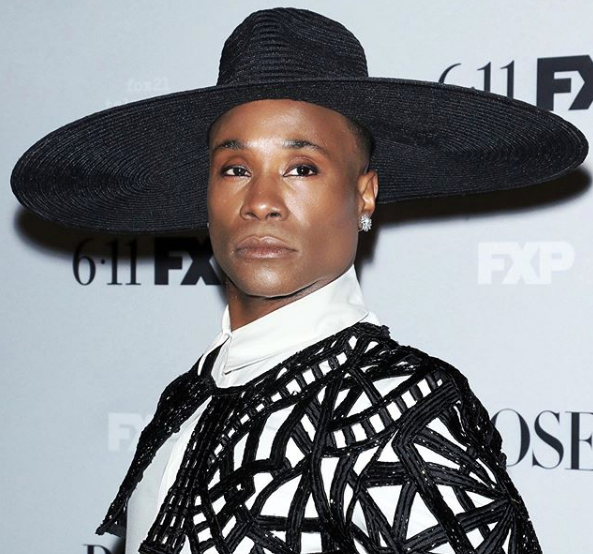 The Tony and Grammy Award-winning actor extended his gratitude to the Filipino fashion designer for the custom creation on social media, where he shared scenes from the premiere.

“Thank you @francislibiran8 for this stunning custom couture piece you sent all the way from the Philippines,” Porter said via Instagram on June 6. “I feel like a Matador Kween! Coming for all the bullies and killing them with love and slayage.”

The Category Is: @poseonfx Season II NYC Premiere Realness. Thank you @francislibiran8 for this stunning custom couture piece you sent all the way from The Philippines. I feel like a Matador Kween! Coming for all the bullies and killing them with love and slayage. 🖤 #posefx Style by @sammyratelle for @rrrcreative Agency Grooming by @lasonyagunter Styling Assistant: @ashleymarienyc Custom Couture Look by @francislibiran8 Hat by @esenshel Earrings by @oscarheyman

Libiran, on his end, was nothing short of honored to dress the iconic Porter.

“I’m truly honored to be given this amazing opportunity to dress the iconic and fabulous Billy Porter!!” Libiran said. “Serving some matador realness @theebillyporter slays in a custom @FrancisLibiran art deco ensemble on the world premiere of my favourite show @poseonfx, Season 2!”

Porter’s origins are in Broadway and was in the chorus of the first “Miss Saigon” production with Lea Salonga. He also originated the role of “Lola” in “Kinky Boots,” which earned him the coveted Tony and Grammy awards. Porter plays the role of emcee of balls, Pray Tell, in “Pose,” a series that looks at the ball scene of late 1980s New York.  /ra