A Canadian teen and her classmates are earning praise including from Paul McCartney for their cover of the Beatles’ classic “Blackbird”, sung in her native Mi’kmaq language.

McCartney wrote the song, inspired by the civil rights movement, for the Beatles’ 1968 “White Album”. 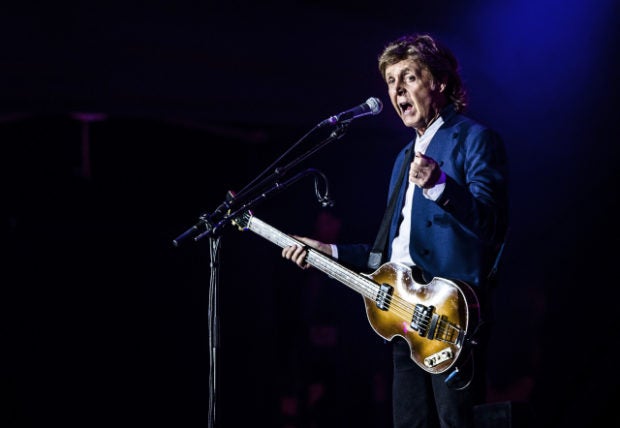 With the help of teachers in Eskasoni, Nova Scotia, singer Emma Stevens, 16, and her classmates recorded the tender acoustic version to raise awareness about indigenous languages around the world at risk of disappearing.

A video of the performance quickly went viral after being posted to YouTube, where it has been viewed more than half a million times.

“There’s an incredible version done by a Canadian girl. You see it on YouTube. It’s in her native language,” McCartney recently told a concert crowd in Lexington, Kentucky. “It’s really cool.”

Prime Minister Justin Trudeau also urged his followers on Twitter to “check it out.”

After learning of McCartney’s shoutout, Stevens said to the syndicated arts magazine show “q,” on Canadian public broadcaster CBC, that she got so excited that she was almost moved to tears.

“I grew up listening to the Beatles every day. My dad is a super-fan,” she said.

“My culture is one of the biggest things in my life,” Stevens added. “So sharing it with others outside of the community, and people who don’t speak Mi’kmaq and don’t really understand it, it gives them a different perspective and shows them that our language is very beautiful.”

Her music teacher Carter Chiasson, who organized the recording, echoed Stevens’ remarks in an interview with Agence France-Presse, saying: “We’re hoping that this recording brings awareness to the importance of preserving indigenous languages and culture.”

He said that “so many of them are endangered and could disappear within a few generations.”

There are more than 70 indigenous languages still spoken in Canada, divided into 12 distinct language families, according to government data.

Census figures show the total number of native speakers is 260,000, out of a total indigenous population of 1.6 million. Three out of four are classified by the UN cultural agency UNESCO as endangered.

Mi’kmaq is one of the most common Algonquian languages, spoken by 9,000 indigenous people.

A public inquiry into murdered indigenous women on Monday recommended that Ottawa recognize indigenous languages as official languages of Canada, alongside French and English.

Two acts to preserve indigenous languages and to bring Canadian laws into harmony with the UN Declaration on the Rights of Indigenous Peoples are now before the Senate. RGA/NVG