YouTube star Wil Dasovich opened up about his journey with cancer in public events, over a year after he announced that he had survived the disease, to mark National Cancer Survivors Day.

Even though Dasovich documented his journey in his vlog posts, he has always declined to speak about his battle with the disease and treatments at public talks, stressing that public speaking itself was “hard enough” for him. Despite declining other speaking engagements before, Dasovich chose to share his journey with other cancer survivors at the launch of the Strong for Someone campaign, as per his Instagram post on June 3. 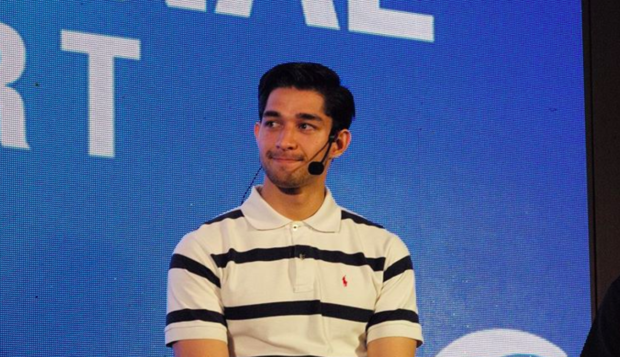 “I always find difficulty when speaking and somewhat reliving the entire experience,” he said. Although Dasovich does not speak about his journey in events, he agreed to speak at the campaign’s launch in hopes of motivating others with similar experiences and to spread awareness about the campaign.

“One thing that helped me get through the tough experience was support, something that is unfortunately not available for everyone who gets diagnosed with [the] disease,” Dasovich said about his battle with the disease.

Strong for Someone provides both financial and emotional support to cancer survivors in the Philippines.

“For any cancer patients, or even family/friends that need support, I encourage you to join the #StrongForSomeone Facebook page and be a part of this community. And to everyone who has battled or is currently going through a great challenge, my prayers go out to both you and your family,” the YouTube star stated in his post.

Dasovich was a “Pinoy Big Brother” housemate back in 2016. He first revealed he was diagnosed with cancer in August 2017 and announced he was free of the disease in February 2018, through a vlog post.  /ra

WATCH: Wil Dasovich on how hard it is to talk about the ‘traumatic experience’ of cancer