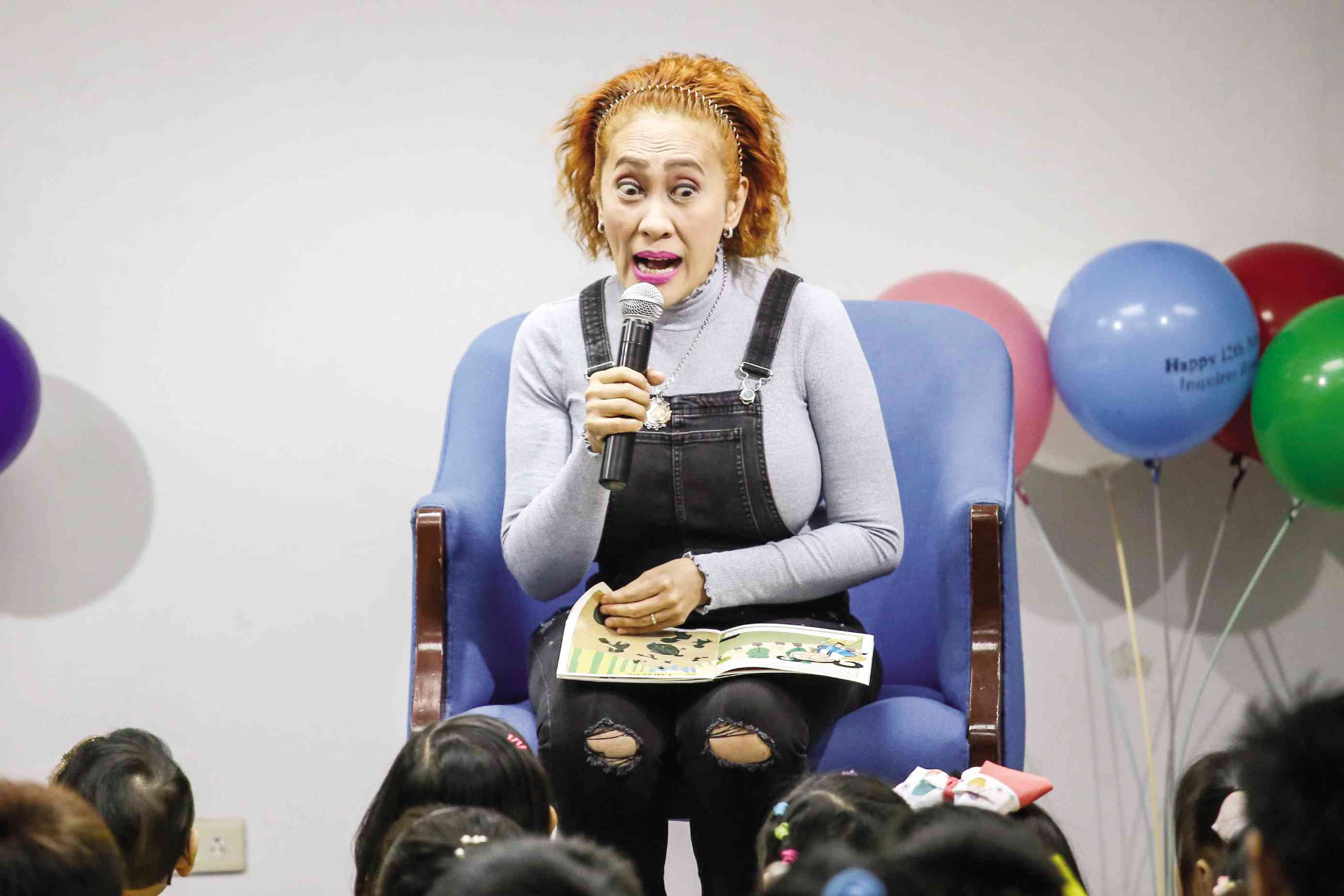 Expecting backlash after she publicly announced that she was quitting as talent manager of the controversial hip-hop group Ex Battalion, comedienne Ai-Ai delas Alas said she was surprised to instead receive e-mails from people asking if she could manage their careers.

“I agreed to manage Ex B to help uplift the lives of their families. That’s exactly what people have been telling me in their e-mails. Some are even begging me: ‘Para n’yo na pong awa. Gusto ko pong mag-artista. Gusto kong makatulong sa pamilya ko,’” Ai-Ai told Inquirer Entertainment during her recent visit to the office in Makati.

The Comedy Queen, along with triathlete Laarni Paredes, was Inquirer Read-Along’s celebrity storyteller for its Mother’s Day session in May.

To manage talents requires “emotional investment,” too, said Ai-Ai. “I’m very hands-on as a manager, parang nanay lang. I believe that in anything, be it a person or a business venture, you have to take care of it well in order for it to thrive.”

She was sure that she never lacked in reminding the group—especially its core rappers Mark Maglasang (Bosx1ne), Jon Gutierrez (King Badger), James Samonte (James Brando), John Mangabang (Emcee Rhenn), Daryl Ruiz (Skusta Clee) and Archie dela Cruz (Flow G)—on what they should do.

“Every day, I would tell them to be thankful for their success, because not everyone gets the chance to break into mainstream—may pangalan agad, sikat agad. They should be humble enough to greet everyone they meet,” Ai-Ai said.

Ai-Ai and the Ex B members recently appeared in a movie titled “Sons of Nanay Sabel.”

The actress said they even agreed to create and follow a set of bylaws. “Whenever they’re late, they have to pay a fine. It came to a point when I decided to simply stop fining them because, if I did, the group will have no more money to bring to their families.”

She added: “I’ll take a break first from managing talents. It was a very traumatic experience for me. In an all-male group, maraming may topak. Can you imagine having an all-female version, with members PMS-ing or having hormonal imbalance? That’ll drive me crazy!”

Of course there are two sides to every story, Ai-Ai pointed out. “I guess I also have shortcomings. I probably pushed them too hard. I thought we were on the same page.”

Ai-Ai said she hoped that this experience with Ex B would serve as a lesson to those who want to break into show business. “You have to work hard, practice self-discipline and learn the meaning of sacrifice. Unlike on the underground scene, you will be encountering different kinds of people here. You have to respect their time. You need to do what’s required of you. No is not an option.”

Meanwhile, Ai-Ai said she was proud of her son Sancho Vito, who has become identified with Greco, his character in the TV series, “FPJ’s Ang Probinsyano.”

“As a mom, my children are like my trophies,” she said. “Hearing nice things about them tells me that I’m doing something good as a parent.”

The actress has two other kids, Sophia and Sean Nicolo, as well as an adopted son named Seth Andrei.

On June 19, Ai-Ai will be seen in another comedy film, Rechie del Carmen’s “Feelennial,” costarring Bayani Agbayani. “For a change, I play a rich woman in it, while Pops Fernandez portrays my twin. My character wanted so much to become close to my daughter, that’s why feeling millennial din ako,” she explained. The film is produced by Cignal Entertainment and DSL Productions.