The rapper born Shawn Carter, who grew up in one of Brooklyn’s most notorious housing projects, “has accumulated a fortune that conservatively totals $1 billion, making him one of only a handful of entertainers to become a billionaire — and the first hip-hop artist to do so,” the magazine said in a new cover story. 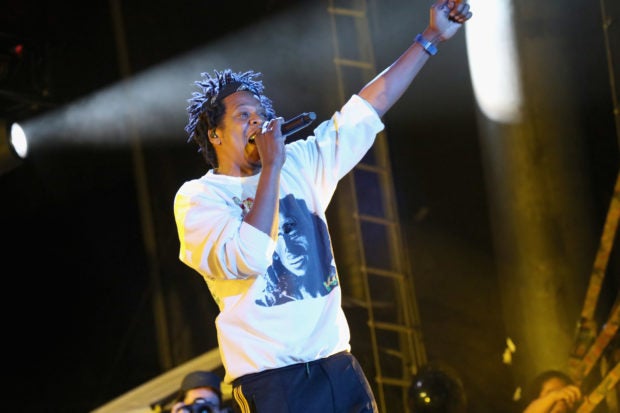 The house that Jay built includes stakes in Armand de Brignac champagne and D’Usse cognac — worth $310 million and $100 million respectively — as well as $220 million in cash and investments that includes a stake in Uber worth an estimated $70 million.

In 2017, Forbes said music’s first couple had officially amassed a joint billion-dollar worth.

It had been widely assumed that hip hop mogul Dr. Dre had already achieved billionaire status — especially after he anointed himself as such in 2014 — but according to the magazine‘s 2018 ranking his personal wealth is closer to $770 million, despite selling his company Beats by Dre to Apple for $3 billion.

Fellow megawatt rap titan Diddy is worth $825 million, according to that same list. He along with Dre and Jay are not only the wealthiest hip hop artists, but the richest American musicians of any genre.

Swizz Beatz, the producer behind a number of Jay-Z’s megahits, told Forbes the rapper has created “the blueprint for our culture.”

“A guy that looks like us, sounds like us, loves us, made it to something that we always felt that was above us,” he said. “If he’s a billionaire now, imagine what he’s about to be.” RGA/JB

Beyoncé, Jay-Z to be honored at GLAAD Media Awards