No, that ‘Hadestown’ song isn’t really about Donald Trump 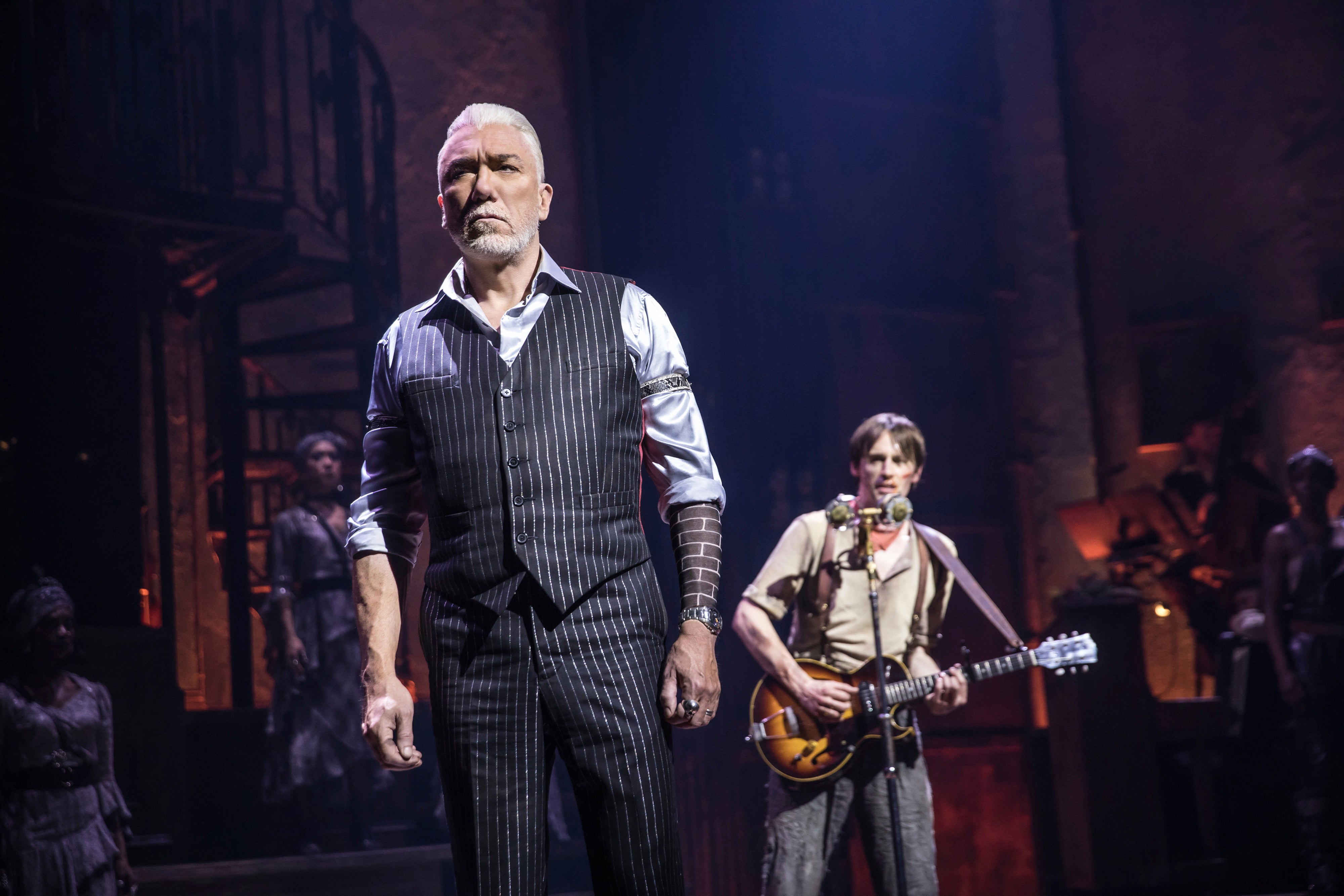 NEW YORK — It is one of the most striking and memorable moments in “Hadestown”, Anais Mitchell’s multi-Tony Award-nominated retelling of the myth of Orpheus and Eurydice, when Hades sings, “Why do we build the wall, my children?”

“We build the wall to keep us free,” his followers responded in the underworld. “How does the wall keep us free?” he asked. “The wall keeps out the enemy,” they replied.

Every night, “you can just feel the shiver go through the audience,” director Rachel Chavkin said. And it is not just because of actor Patrick Page’s chillingly deep bass vocals. It is because many theatergoers assume the song called “Why We Build the Wall”, is a very modern, very political reference to President Donald Trump and his southern border wall.

Actually, it is not. Singer-songwriter Mitchell wrote the song way back in 2006, a full decade before Trump was elected. She said that it has held different meanings to different audiences during the long journey of “Hadestown” from community theater project to concept album to off-Broadway show to Tony favorite, with a whopping 14 nods.

Uncharacteristically for her, Mitchell stated that she wrote the song very fast. It was one of the first numbers she wrote for “Hadestown” and quickly became a favorite at the small venues in rural Vermont where she performed.

“It became the song everybody wanted me to play,” she said. “I think it was speaking to people partly because it’s so simple, someone said it is like ‘The Twelve Days of Christmas,’ because it circles back on itself. It is easy to remember.”

Since her show is based on a myth, Mitchell intended the song to be “mythical, metaphoric, archetypal.” But she was thinking of walls, too, like the Berlin Wall and Great Wall of China, and even gated communities.

In “Hadestown” which places the well-known Greek myth in a New Orleans jazz setting, Hades is actually a steel tycoon, handsome and nattily dressed in a three-piece suit. His walled-off underworld is a company town, where employees engage in mindless, soul-corroding labor in exchange for economic security. The enemy? Poverty and hunger.

But the song took on a sudden new meaning when Trump became a candidate and started touting at rallies his proposed border wall with Mexico.

“It is just so uncanny the way it got tapped into this administration, especially in 2016, when Trump was a candidate,” Mitchell recalled. “The song IS a rally, there is call-and-response going on which felt so uncannily connected to what was happening at those rallies.”

In fact, the coincidence made the show’s creative team wrestle over whether they should make the connection even more obvious.

“We were thinking, ‘Wow, should we be tailoring the show in some way to speak more directly to the current moment politically?'” she stated. They ultimately decided against it because the image of a leader invoking a wall was “much older and bigger” than one modern election.

But though the show itself stayed away from presidential politics, Mitchell herself wrote in a Huffington Post essay just before Election Day that although any resemblance with Trump was coincidental, “we all know the underworld boss/king archetype when we see it. Let us not elect him president.”

The show played at Edmonton, Canada, and then the National Theatre in London before finally getting its Broadway gig.

“In each spot, audience reaction to the song felt a little different,” Page said, a Broadway veteran nominated for his first Tony for “Hadestown”.

Page felt a more sober, serious audience reaction to the song during its Canada run in late 2017 when Trump was already president.

Then in Great Britain, Page said, “That was different too because they are going through their own kind of virtual wall with Brexit.” He described it as being “about walling the country off from the rest of the world.”

Mitchell believed that part of the power of “Why We Build the Wall” is due not only to Page’s “terrifying” delivery, which almost resembles a growl but to Chavkin’s stark staging.

It is not only “Why We Build the Wall” that evokes contemporary parallels. Mitchell said that “Hey Little Songbird”, sung by Hades to lure Eurydice, essentially a sexual transaction, took on creepier resonance for her in light of the #MeToo movement, which erupted in late 2017.

“I realized that if you are dealing with mythic archetypes, those things are going to come around again and again, for better or worse,” Mitchell said. “I’m so grateful for the ways in which this story, as ancient as it is, has kept unfolding.” HM/JB

Broadway has record season as ticket revenues double in 10 years