'Spirited Away' to show in Chinese theaters | Inquirer Entertainment

China could make ‘Spirited Away’ the highest-grossing animé again

Following the successful release of “My Neighbor Totoro” in 2018, fellow Studio Ghibli animated classic “Spirited Away” is making its way into Chinese theaters on June 21, nearly two decades after its worldwide debut. 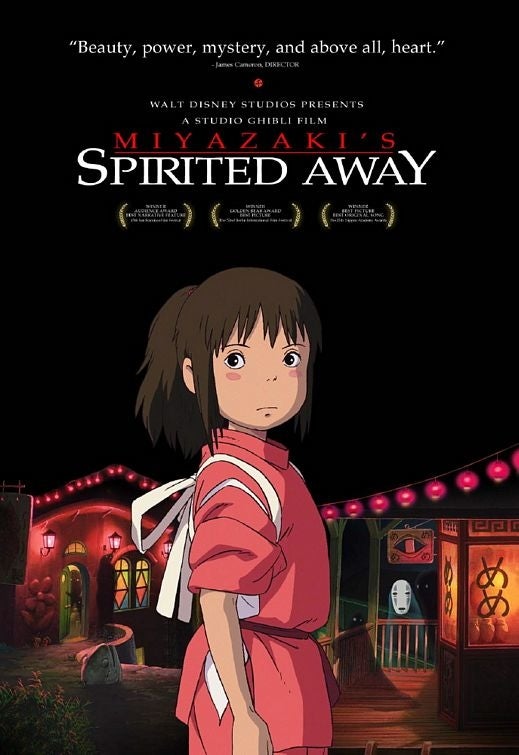 Poster of “Spirited Away”. Image: Studio Ghibli via AFP Relaxnews

It was the world’s highest grossing animé film for 15 years, remains Japan’s biggest box-office hit of all time, and is the only non-English film to have won the Best Animated Feature Oscar.

This June, a month short of its 18th anniversary, “Spirited Away” will be shown in Chinese theaters for the first time.

The story follows the adventures of Chihiro, a 10-year-old girl who gets lost on her family’s moving day, after they take a stroll and accidentally enter the spirit realm.

When Chihiro’s parents are transformed into pigs on account of their greed, two stern yet kind-hearted souls agree to take her in, but she ends up enslaved by the mean, magical owner of a bathhouse that caters to all manner of weird and wonderful spirits.

The success of “Spirited Away” brought international recognition to its animation studio, Studio Ghibli, and its co-founder and frequent feature director Hayao Miyazaki, prompting a new wave of attention for 1988 animation “My Neighbor Totoro” and paving the way for Miyazaki’s “Howl’s Moving Castle”, “Ponyo” and “The Wind Rises”.

As The Hollywood Reporter points out, segments of China’s cinema-going audience are already well acquainted with Ghibli’s output, distributed without official licensing through DVDs and downloads.

“Totoro” ended up taking $26 million (around P1.3 billion) from its December 2018 Chinese theatrical release, and “Spirited Away” is expected to surpass that amount.

Should “Spirited Away” exceed $27 million (around P1.4 billion) in Chinese returns, it will overtake 2016’s “Your Name” and once again become the highest-grossing animé of all time. RGA/NVG