MANILA, Philippines  – Fans of Makoto Shinkai’s internationally – acclaimed animated film “Your Name” are in for a treat as another movie poster and trailer of his latest animated work, “Weathering with You” was revealed on Wednesday.

The movie poster, released through the official website of “Weathering With You,” features the animated film’s lead characters Hokoda Morishima and Hina Amano at a gloomy and rainy Tokyo. 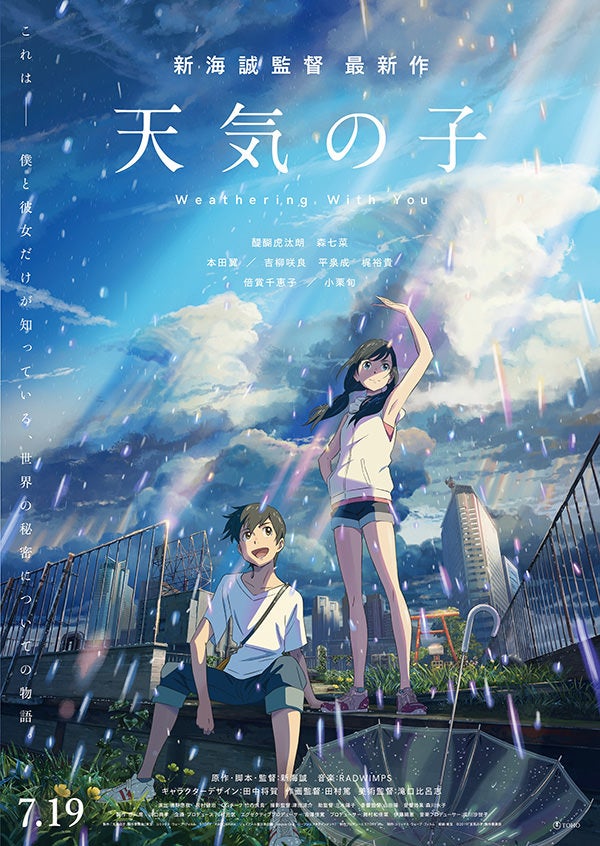 The two-minute trailer, on the other hand, carries the theme song “Grand Escape” by RADWIMPS featuring Japanese actress Toko Miura.

WATCH: ‘Weathering with You’ trailer, from ‘Your Name’ director, captures beauty of stormy Tokyo

It is also slated for an international release.

The premiere date, however, has yet to be announced.

The film follows the story of a high school freshman who runs away from his remote island home to live in an unusually rainy Tokyo.

He then meets a girl who has the power to stop the rain and clear the sky.

Shinkai is directing and writing the movie’s script, while Masayoshi Tanaka will provide the character designs.

Meanwhile, Shinkai will also release a novel adaptation of the same film which will be available a day before the movie’s Japan premiere on July 18.  (Editor: Gilbert S. Gaviola)

TAGS: Entertainment, Makoto Shinkai, Philippines, Weathering with You, Your Name