Love woes and wisdom in ‘Someone Great’ 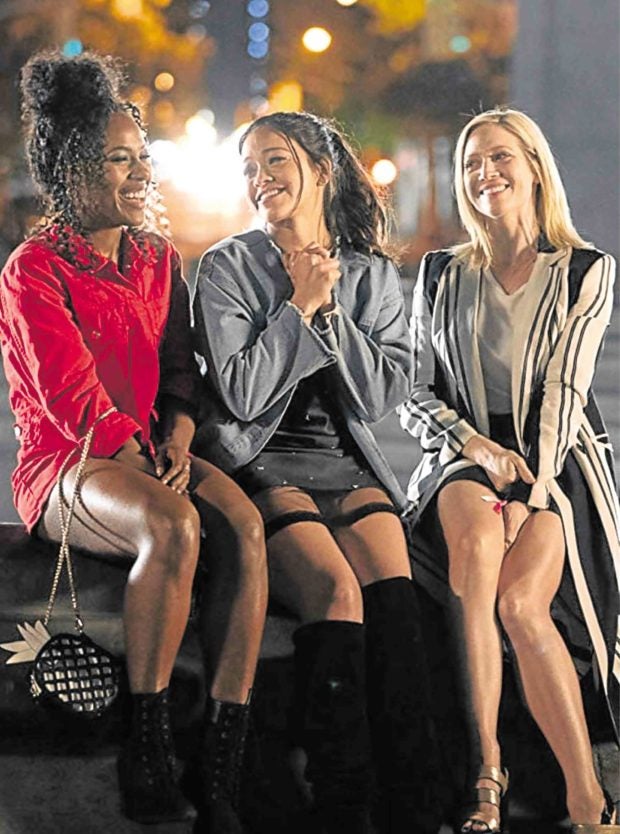 The pleasure and pain we get from relationships are recalled in the romantic drama “Someone Great,” a cliché-ridden but otherwise moving dissection of modern-day breakups.

It’s quite relatable, as the film presents the gritty reality of certain partnerships, which even older viewers can learn from and be entertained by.

The movie written and directed by Jennifer Kaytin Robinson, currently streaming on Netflix, is a chick flick guide of sorts to a 20-something’s failed romance, and the search for ways to survive a grueling split.

New Yorker Jenny (Gina Rodriguez) is a music writer for Rolling Stone magazine, a job that would require her to move to the West Coast. Her beau of nine years, Nate (Lakeith Stanfield), decides to dump her, explaining that a long-distance relationship isn’t something he can endure.

Reeling from the break, Jenny meets up with her best friends, Blair (Brittany Snow) and Erin (DeWanda Wise), and plan a girls’ night out that would double as a farewell get-together.

These besties, however, have their own, albeit toned-down, dramas: Blair feels trapped in a doomed partnership with a bland guy, while lesbian Erin has trouble defining her feelings for a woman she obviously adores.

Rodriguez takes on a dark, more realistic role compared to her “Jane the Virgin” heroine—there’s more wallowing and grieving here, which can sap your strength and tempt you to stop watching, but she’s that good and convincing.

Jenny is understandably discombobulated. As the flashbacks show, the relationship started really wild, but in succeeding years, the lovers’ flaws become apparent. After her sudden heartbreak, she sees and hears various reminders of her time with Nate, triggering vivid and worthwhile memories.

And it’s that fleshed-out rapport that makes viewers root for the couple, despite some utterly corny and ordinary proceedings that mournful Jenny gets herself into—bad postbreakup fashion, drunken antics, a gal-pal makeover, etc.

Sadly, the other girls’ arcs aren’t that interesting, padding the story with supposedly feel-good scenes. Still, the diverse girl group is a dynamic that has its decent, if rare, moments.

There are cutesy cameos by Rosario Dawson and RuPaul as minor characters, but they’re easily forgotten once Jenny’s restless story is in full swing.

With a sonically alluring soundtrack that binds the flashbacks with the present scenes, “Someone Great” cohesively presents its emotive and accessible narratives. But parts of it feel like a mechanical chore after a while, like you’re actually dealing with a friend’s exhausting heartache.