Matteo on his 45-day Scout Ranger training: I’m ready to be bullied 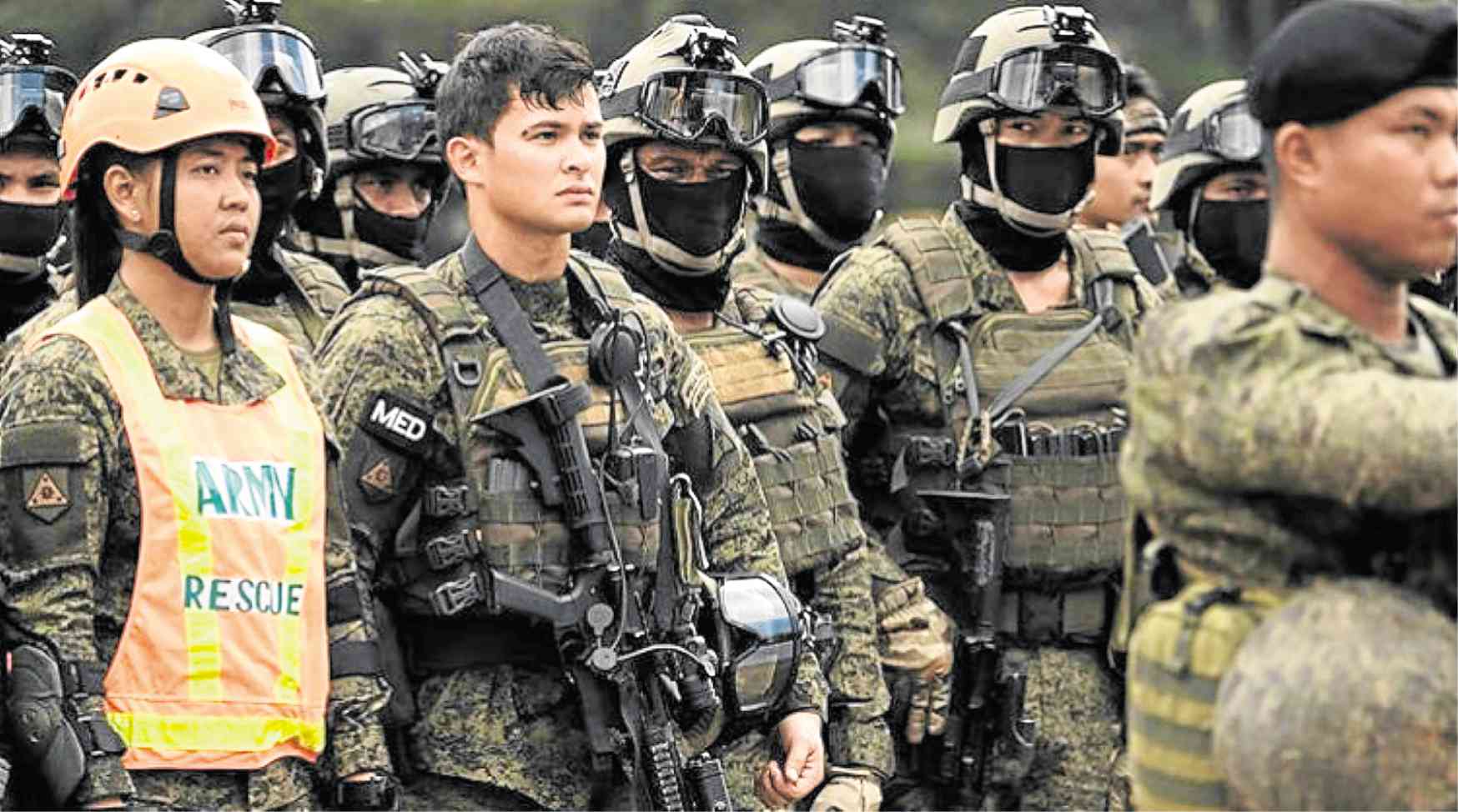 “I have been preparing physically and mentally. This is something new. I can ask around, but I can’t imagine what I’m about to go through. But I’m excited … I hope to gain new sets of skills, like leadership and discipline,” he said in a recent pocket interview arranged by Viva Records.

And he’s not expecting special treatment just because he’s a celebrity. “I’m ready to be bullied!” he quipped, laughing. “I hope it all goes well … I will be living with cadets; these are tough people.”

Aside from undergoing a rigid training course, the actor’s communication with the outside world will be cut off. And that means, no Sarah Geronimo. “No cell phones, no contact outside. It would be interesting. It won’t be an easy time, for sure … That’s why I left her a new song to remember me by!” he said of “Sundo,” his recently released cover of the Imago pop-rock hit.

The 29-year-old celebrity has always been interested in military service since his college days in the United States. A few months back, his curiosity was reignited after going skydiving with rangers.

“I got close to them. I was like, ‘How to be you? [The battle in] Marawi had ended and they were all heroes. Many of us knew of their efforts, but not really. These guys served our country,” said Matteo, who was promoted to second lieutenant of the reserve command, after taking part in a capability demonstration by the Philippine Military Academy in Baguio City this month.

“It made me think, ‘How can I help? How can I give importance to our soldiers?’ Luckily, this opportunity came my way,” added Matteo, who holds Filipino and Italian citizenships.

The actor-athlete, who has also participated in various campaigns and drives spearheaded by the Army, said his advocacy was to help instill discipline and a sense of patriotism in young people.

“We want the youth to be proud of being Filipinos. I hope we can look at our flag and say, ‘I’m proud,’ despite the disagreements and all the other things happening in the country,” he said. “We have been going out, visiting schools, meeting youth leaders to talk about nationalism.”

Needless to say, he’s in favor of bringing back the Reserve Officers’ Training Corps (ROTC)—provided that it comes with stricter regulations.

“It all comes down to how it’s implemented—there should be no hazing or such,” said Matteo, who also pointed out that the Philippines had some of the smallest reserve personnel, especially compared to those of countries like Singapore and South Korea, which have mandatory military service.

“That doesn’t necessarily mean that you’re going to be sent to war. But what if calamities strike? Who’s going to respond? It would be good to have basic survival skills,” he said. “You can also do different humanitarian activities.”

Meanwhile, after his training in July, Matteo said he would focus on his music career. “I will record an album, this time with originals in it … I do a bit of songwriting, too, but I’m shy about it,” he said.

Can the fans expect a project with her girlfriend, Sarah, in the near future?

“Anything is possible now that we’re under the same management. But we’re focusing on our individual careers. Aside from the album, I also have an upcoming movie. We want to do our own thing for now,” Matteo said.