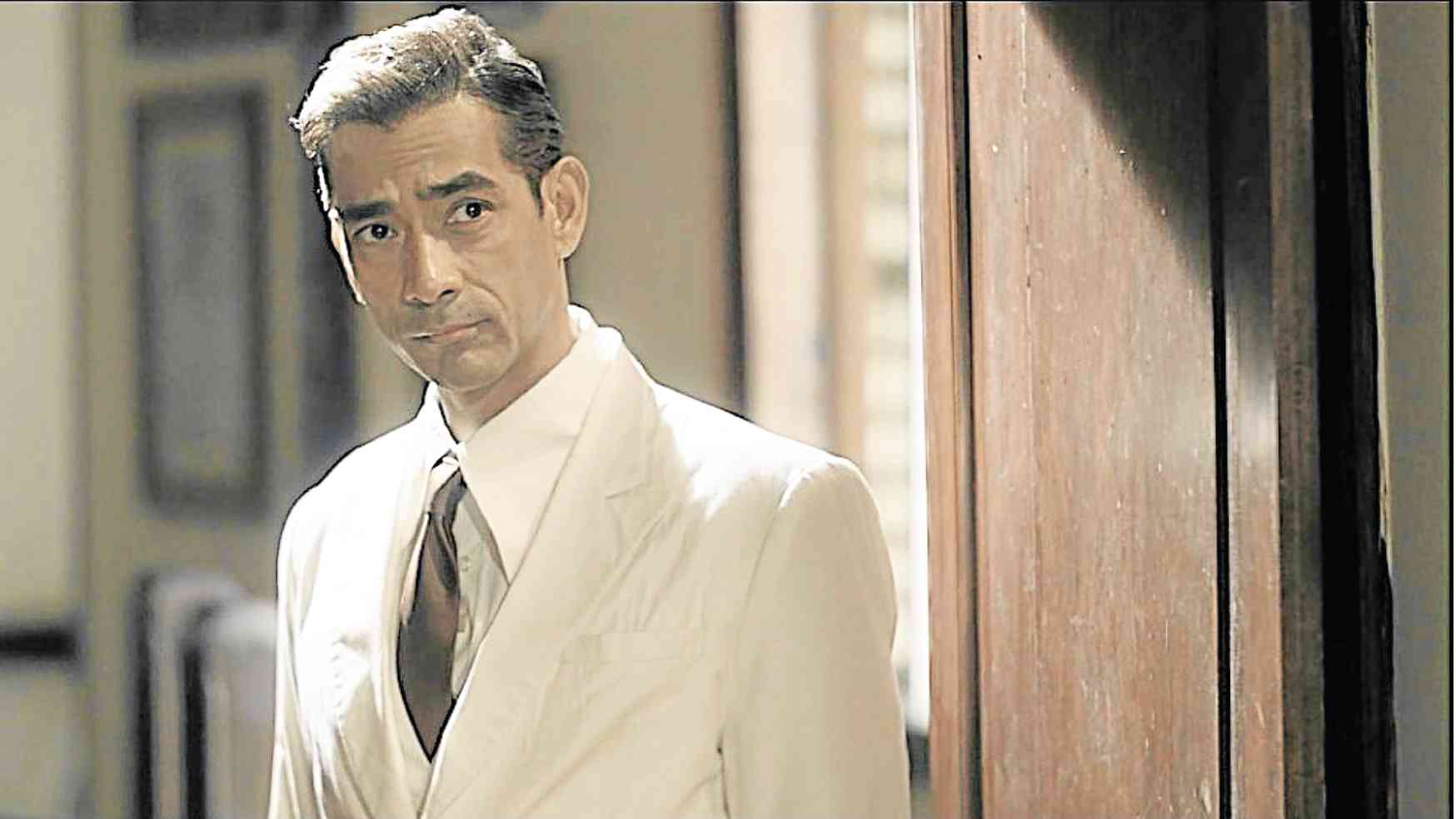 We first got wind of Manuel L. Quezon’s little-known “feat” from our friend, director-actor Leo Rialp, who told us about how a community of Jews ended up on our shores to escape Adolf Hitler’s genocidal rampage in the ’40s.

In the latter half of 2010, we were in the thick of things researching for “My Name is Rachel Corrie,” the play that we were directing at the time.

The controversial one-woman show, starring the much-missed Monique Wilson, is about the 23-year-old American peace advocate and activist who was bulldozed to death in 2003 after attempting to prevent the demolition of a Palestinian home.

We remain as horrified by the repercussions of the 700-kilometer apartheid wall built in the West Bank during the Second Intifada as we are about the six million Jews murdered by the Nazis and their enabling allies between 1941 to 1945.

The irony that both issues, each as racially charged as the other, reverberate with contentious pertinence isn’t lost on us. But we digress. 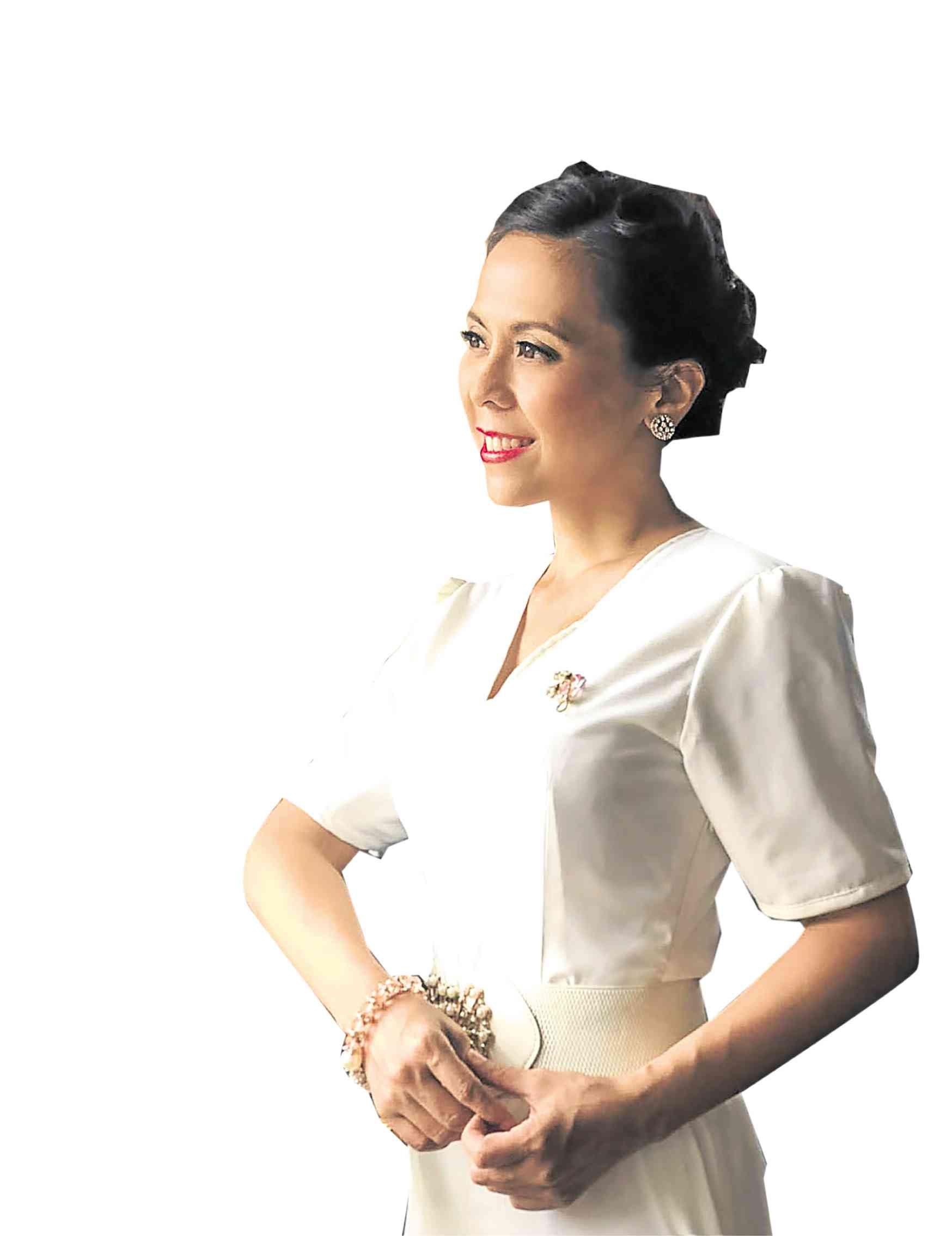 Matthew E. Rosen’s must-see historical drama, “Quezon’s Game,” which opens on Wednesday, immortalizes the incontrovertible bond forged between the Jewish people and the Filipinos who stubbornly defied life-and-death odds when it mattered.

The film revisits an oft-ignored chapter in Philippine history with a perspicacious eye as it underscores the encompassing reach of generosity and kindness in the age of social media.
At the time, there was hardly any other country in the world that was willing to risk provoking the ire of the formidable German regime. 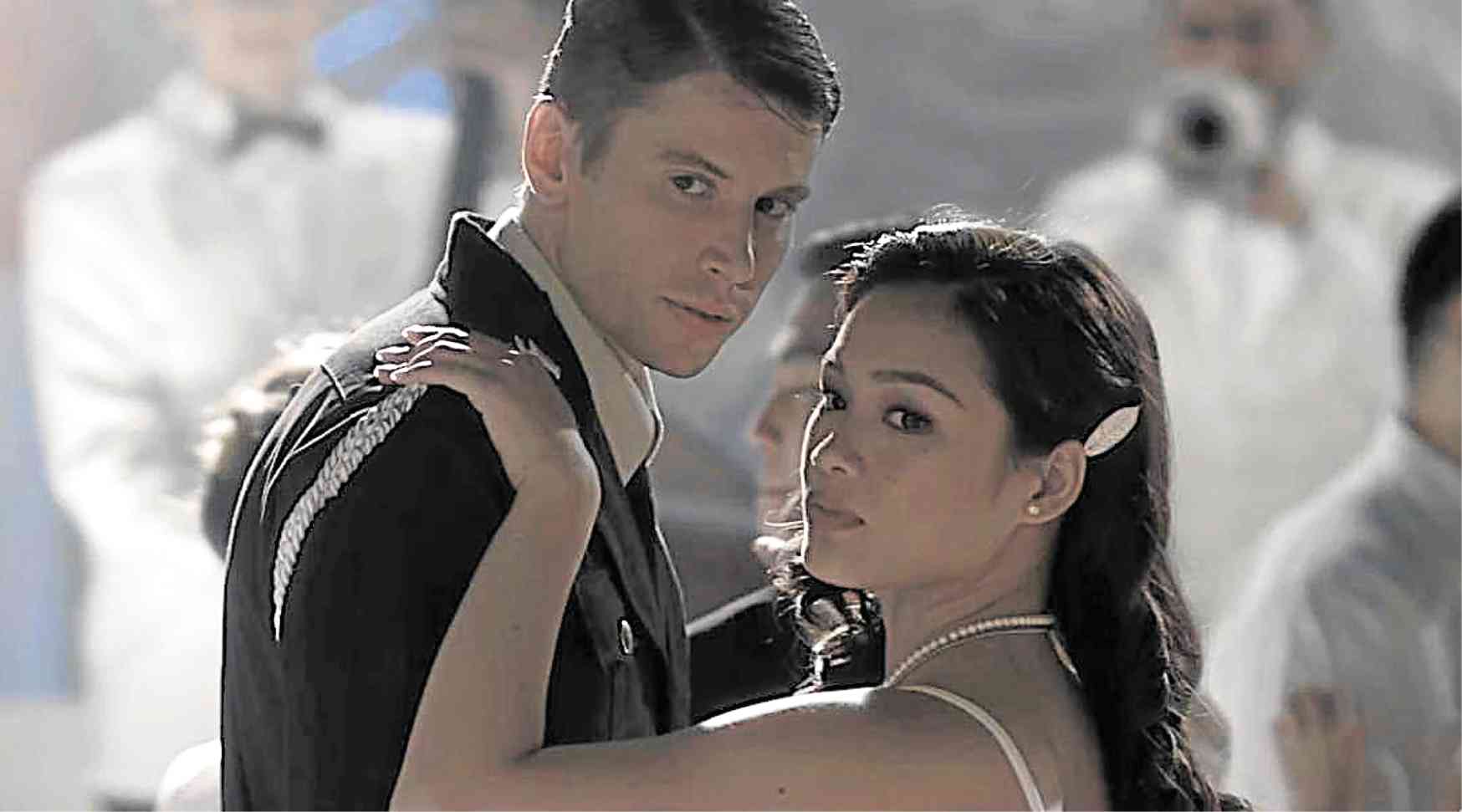 Initially regarded as an opportunist whose actions were motivated by profit and power, the German industrialist and Nazi Party insider ultimately found his redemption by protecting his employees with extraordinary tenacity.

Like Schindler, Quezon and his pals saved as many Jewish lives as they possibly could—all 1,200 of them. “Could I have done more?” Quezon asked his wife wistfully. Of course, the question is more rhetorical than realistic. After all, how much is enough, indeed?

But the power unleashed by “Quezon’s Game” isn’t as much for Rosen’s filmmaking proficiency as it is for the impact of its empowering theme and subject matter.

Set in 1938, the film sees President Manuel Quezon (Raymond Bagatsing, who can’t be faulted for his spotlight-seizing theatricality) and his headstrong wife Aurora (Rachel Alejandro in a gracefully understated performance) carefully navigating the country’s murky political waters under the American regime. 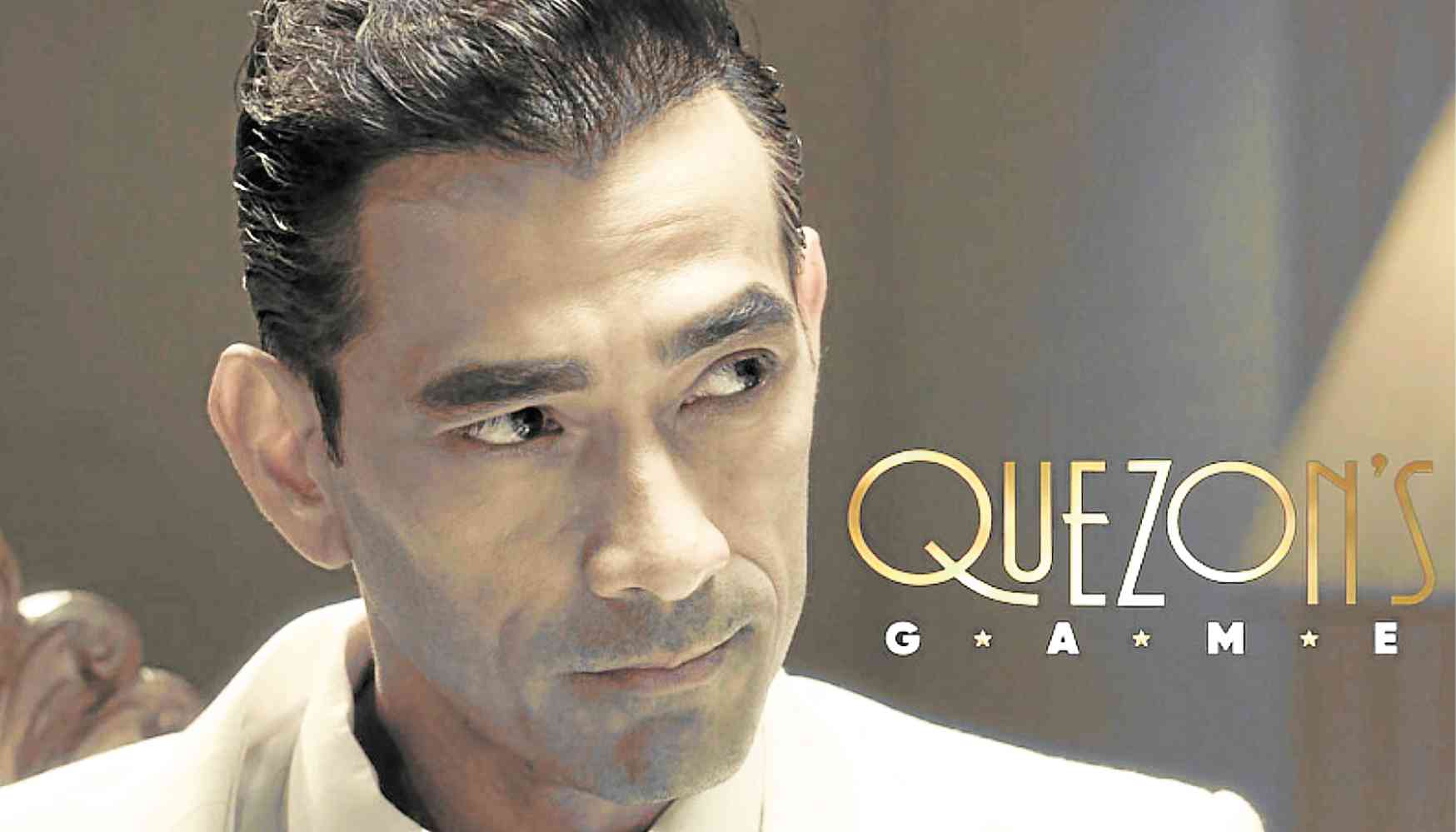 Quezon, noted for bravely tackling the problem of landless peasants and promoting development in Mindanao, acknowledges how his formidable work is cut out for him as he pushes for the independence and political emancipation of his motherland. But there’s more humanity to this “tisoy” president than his stately charm and political flair.

He began to reach out to impending victims of the Holocaust after conspiring with his poker buddies, composed of cigar factory owner Herbert Frieder (Tony Ahn), US High Commissioner Paul McNutt (James Paolelli) and then colonel (and future US president) Dwight Eisenhower (David Bianco), to hatch a complex rescue mission intended to help Jewish refugees from the ghettos of Germany and Austria.

Despite suffering from a relapse of tuberculosis, the stubborn statesman put his political career on the line by turning the country into a safe haven for Jews. He implemented an open-door policy that “attempted” to bring in as many as 10,000 “skilled” Jews, way beyond the US government’s annual 200-visa limit for its Philippine commonwealth.

The film, which has won 23 awards from various international festivals so far, isn’t really a biopic.

While there are scenes that tellingly reference Quezon’s testy relationship with his irascible predecessor Emilio Aguinaldo, not to mention his exchanges with his political colleagues Sergio Osmeña (Audie Gemora, appropriately cast in a convincingly deferential role) and Manuel Roxas, it’s smart enough not to bite off more than it could thematically chew. 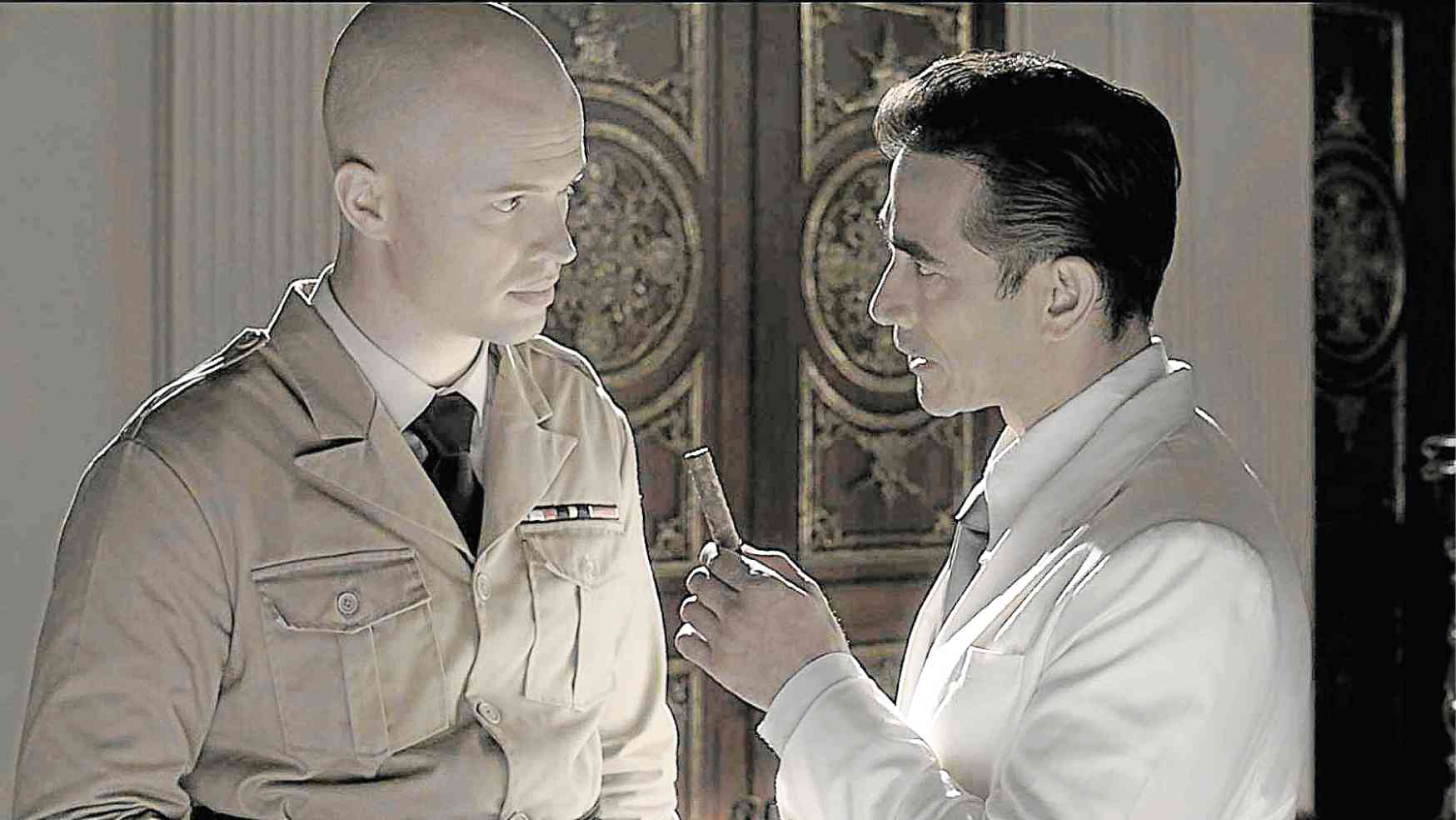 Having said that, it was odd to see its characters hopscotching from one party to another. While this demonstrates the production’s ability to inventively recreate authentic-looking get-togethers for the setting’s “alta sosyedad” milieu, it betrays the high-profile Filipino leaders’ genuine concern for the grassroots.

Fortunately, “Quezon’s Game” is greater than the sum of its flawed parts.

It deserves to be lauded for disproving any lukewarm first impression about it after it almost succumbs to an initially problematic pacing and a stiffly staged start, opting instead to introduce its thematic focus with an easygoing progression that feels too light and unencumbered for “a world on the brink of war, a race on the brink of annihilation, and a leader on the brink of death.”

You won’t find anything more urgent than that catchphrase.

But when the movie finally hits its stride, it will sweep viewers off their feet and reward their patience with one of the most indelible and touching finales ever staged this film season.

If you’ve been hard-pressed to find anything to cheer about in our deepeningly disturbing political climate, this film will remind you why the country and its people are still worth saving and celebrating.

“Quezon’s Game” doesn’t just commemorate the former president’s act of defiance and legacy of kindness, it will also make you mighty proud to be Filipino.