CANNES, France — Gael Garcia Bernal is finding it is a lot more relaxing being at the Cannes Film Festival as a director than as an actor. 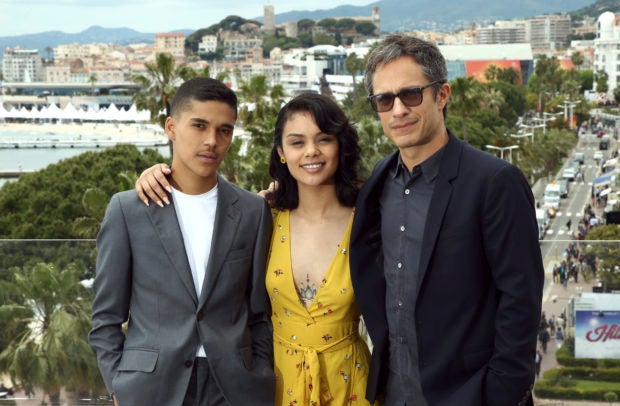 “As a director everything is done,” says Garcia Bernal, whose film “Chicuarotes” is playing as an official selection but out of competition at Cannes.

“There’s nothing else to do. So, I just, I don’t know, let myself go. And I love the movie, I like it a lot. I like what we all did, all the collaborators did a wonderful job. And I’m proud of them and I’m happy,” he said.

“Chicuarotes” follows two teenage friends in a town within Mexico City who turn to crime in an attempt to change their lives. The Mexican star says the lives of the characters are completely foreign to what he experienced growing up.

“What’s so striking about the world they live in is they grew up in something that I am so far away from,” he told Associated Press in an interview this week. “I grew up in a very loving family and these kids [have] not. They don’t have it. And I just can’t understand how anyone grows up like that.

“It’s like ‘how do you do it?’ I don’t know there’s something about wanting to know a person … [and] the consequences of this cycle of violence that they go through.”

This is not the directorial debut for Garcia Bernal, but he is better known for his acting projects, including “The Motorcycle Diaries”, “Bad Education” and “Mozart in the Jungle”.

Garcia Bernal first considered making the film a decade ago but decided to put things on hold following the birth of his son.

“I had to get out from it a little bit. So, I’ve been revisiting it constantly and now I’ve ended up making it,” he says.

Gael Garcia said the casting was among the more complicated aspects of getting the movie done, particularly casting Emmanuel as the main character Cagalera.

Read Next
Christopher Nolan’s new espionage film gets a title: ‘Tenet’
EDITORS' PICK
EuroMillions Superdraw: A lottery draw unlike any other is coming to the Philippines
‘Justice will be done,’ Duterte assures as he vowed probe on Jolo incident to bare ‘truth’
Water remains our saving grace right now
Smart releases Hyun Bin’s second TVC
Current dominant strain of COVID-19 more infectious than original—study
DOLE: Return of OFWs’ remains from Saudi to be ‘delayed,’ deadline moved to ‘early next week’
MOST READ
Locsin warns of ‘severest response’ if China’s army drills in SCS ‘spill over’ to PH domain
Duterte tells military: No other president looked at you the way I did
BREAKING: Duterte signs anti-terror bill into law
Go apologizes for 5-on-5 game; PBA summons Japeth, ROS rookie
Don't miss out on the latest news and information.