WATCH: Fresh trailer for Quentin Tarantino’s ‘Once Upon a Time in Hollywood’

Fans received a fresh glimpse of Quentin Tarantino’s highly-anticipated film “Once Upon a Time in Hollywood” via a new trailer released just hours ahead of its big reveal at the Cannes Film Festival on the French Riviera. 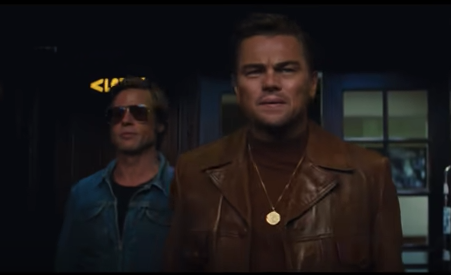 Image: Screengrab from official trailer of “Once Upon a Time in Hollywood” via YouTube/Sony Pictures Entertainment

Helmed, produced and written by Tarantino, the director himself describes the tale as “a story that takes place in Los Angeles in 1969, at the height of hippy Hollywood” and reveals that he worked on the script “for five years,” as per The Hollywood Reporter.

“Once Upon a Time in Hollywood” has star power to boot, and features an impressive cast in addition to DiCaprio, Pitt and Robbie; including Al Pacino, Damian Lewis, Dakota Fanning, Emile Hirsch, Timothy Olyphant, Kurt Russell, Bruce Dern and the late Luke Perry, among others.

Once Upon a Time in Hollywood is set for a wide release on July 26. RGA/JB

With Brad and Leo, Quentin Tarantino debuts a fairy tale in Cannes

Tarantino strikes Cannes gold with ‘Once Upon a Time… in Hollywood’