Chance the Rapper to give away free groceries for one year

Chance the Rapper will pay for 10 fans’ groceries for a year, in line with the release of his newest single, “Groceries” with TisaKorean. 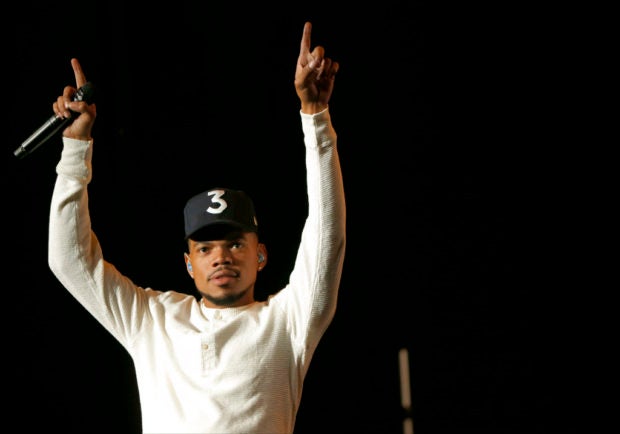 Chance The Rapper performs during a community concert at the Obama Foundation Summit in Chicago. Image: AP/Charles Rex Arbogast

“I would like to pay for your #GRoCERIES for the next year. Yup. I’m picking the 10 best dance videos posted with #Groceries and paying for their groceries THROUGH NEXT SUMMER! extra points if you do it with friends/parents. EXTRA EXTRA points if you do it at work/school,” the rapper stated on Twitter.

I would like to pay for your #GRoCERIES for the next year. Yup. I’m picking the 10 best dance videos posted with #Groceries and paying for their groceries THROUGH NEXT SUMMER! extra points if you do it with friends/parents. EXTRA EXTRA points if you do it at work/school pic.twitter.com/5x6SK3gOJa

Videos of people dancing to famous songs have been a trend on social media before, with Drake’s “In My Feelings” song and Beyonce’s video of herself dancing to “Before I Let Go” by Frankie Beverly and Maze.

Submissions from fans — parents, athletes, school children and everyone in between — have been uploaded on Twitter since the announcement.

Chance the Rapper has only chosen two out of 10 videos as of May 19, 2019, leaving eight more slots available.

The first winner is Taylor McBride, an employee at the Eastern State Connecticut University and Trevor Jordan, a call center employee.

In McBride’s 16-second submission, she dances to the song with her 18-month-year old son.

“I was just so excited I didn’t even tell anyone around me. I was with my sorority sisters. I texted my family right away ‘You guys, I’m about to cry, like this is so crazy,’” McBride told Inside Edition on May 21, about discovering she was one of the winners. “I was just so ecstatic and just a bunch of gratitude. I was just overwhelmed with gratitude. Because God is just good.”

Jordan on the other hand, submitted a minute-long video of him dancing to the song.

“Then all of a sudden, the next day, I was going through it at work and was having a little bad day, I was in my feelings. And as soon as I got off work, I took a look at my phone and saw that he posted me and said I was the second winner,” Jordan told Inside Edition as well, recalling the moment his video was chosen.

Both winners have yet to be contacted by the rapper regarding details of the prize, as per report. JB